I think you've made up an imaginary progressive bad guy. I don't know anyone who thinks this way. Do you?


Sarcasm right?! None of the big tech gig-workers in BC are employees and get benefits. You saying our local progressive crowd are not using them?

Ride-hailing giant Uber says it was surprised by the Passenger Transportation Board’s decision this week to deny its application to operate in Victoria and Kelowna.

Uber, which has been operating in the Lower Mainland and Whistler since January 2020, had been hoping to expand its service area to include all of Vancouver Island and the rest of the province.

“The Passenger Transportation Board’s decision is surprising, disappointing and inconsistent with what we hear from communities like Victoria and Kelowna,” Uber said in a statement to the Times Colonist. “There is meaningful public demand for ridesharing services … and the strong uptake of ridesharing in Metro Vancouver since we launched.”

In its decision, the board, an independent tribunal that considers applications for taxi, bus and limousine licences and what it calls “transportation network services” — also known as ride-hailing — said there was a lack of public need, and Uber’s presence in the market could harm smaller operators and taxis.

There we go with the Victoria-centric view again for the entire Island, no less, and it’s not just the rest of the CRD that has limited taxi services.

There are times when residents outside of the core cannot get a taxi in a reasonable amount of time because delays are so long. You also have to wait long periods even in the city. How can the board be so tone deaf?

I'm thinking the board might be slightly influenced by certain local players in the game...... 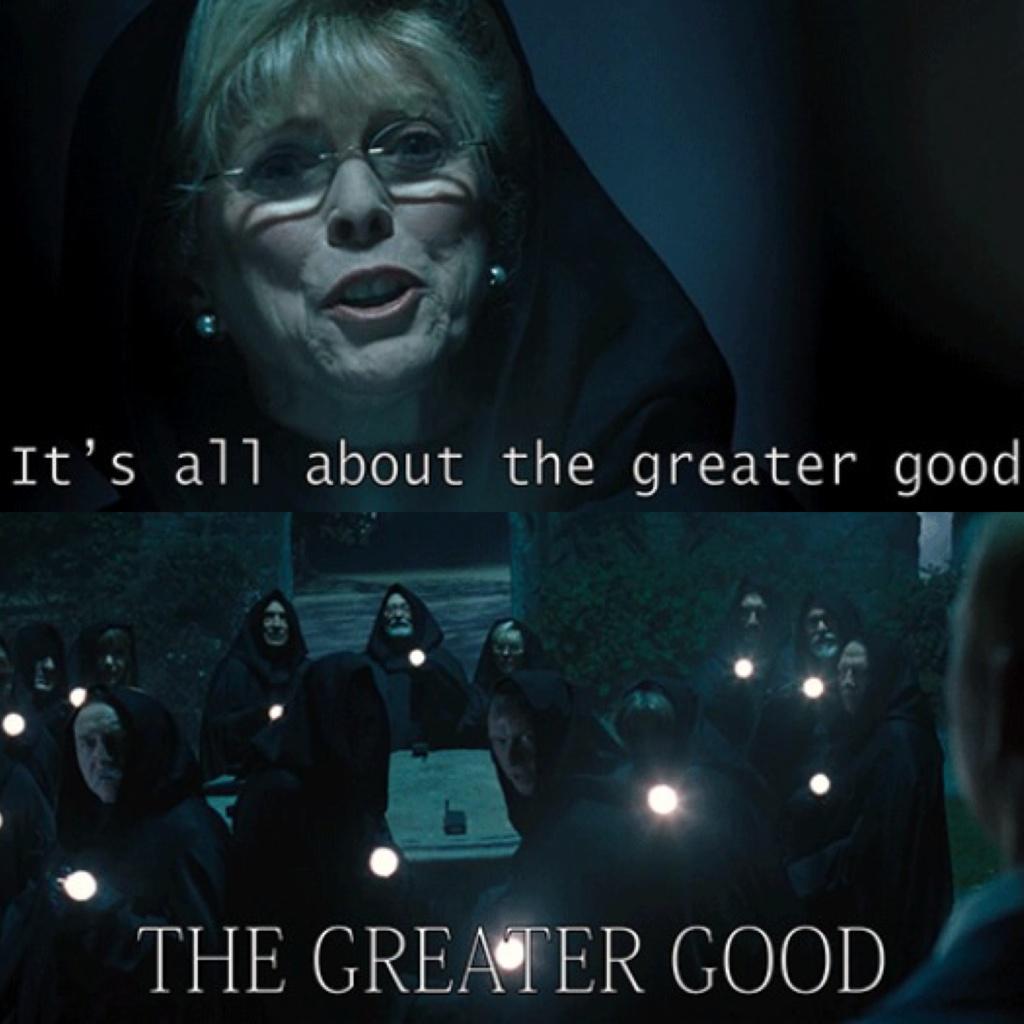 This decision is really idiotic, there’s no other way to describe it.

If there isn’t demand, let the company pay the money to take the risk and find out whether that’s true or not. They are willing.

People should be outraged about this. The fact you can’t get an Uber on bc is unbelievable to the rest of the world.

The obsession with tech is over the top. It is not our #1 private-sector industry, for gosh sake.

Victoria Mayor Lisa Helps said she was disappointed with the decision. “Victoria’s No. 1 private-sector industry is tech, and tech companies have been advocating for Uber since at least 2017 or earlier,” she said.

Lucky to Go is one of six companies that have approval to operate as ride-hailing firms in Victoria. But it is the only one doing so. Rana said the reason for that is money — setting up shop is costly when there is very little money coming in.


I’ve never heard of this service.

I’ve never heard of this service.

WELCOME TO LUCKY TO GO

Founded in Victoria, BC, Lucky To Go is the ride-hailing and food delivery app that you have been waiting for!

Ride-hailing has finally arrived in British Columbia and what better way to welcome it than with a local ride-hailing service that knows your community best. With industry-leading features, we at Lucky To Go have gone the extra mile to ensure that your safety and convenience is our top priority.

Did they pick the name because if you get a cab to show up in Victoria you’re Lucky to be going?

Maybe you get a free can of Lucky with every ride?

At the end of the day, the vast majority of mobility trips are still being done through personal vehicles. This is certainly the case in the US with 6.6 billion weekly trips in personal vehicles versus 191 million on public transit and 22.6 million with UberX (all 2019 data). And for those taking Ubers, about 90% of riders are using some form of UberX — that being a solo, on-demand, point-to-point trip with a 4-door car. So sharing a car with strangers and using different/multiple modes of transport hasn’t really caught on here. 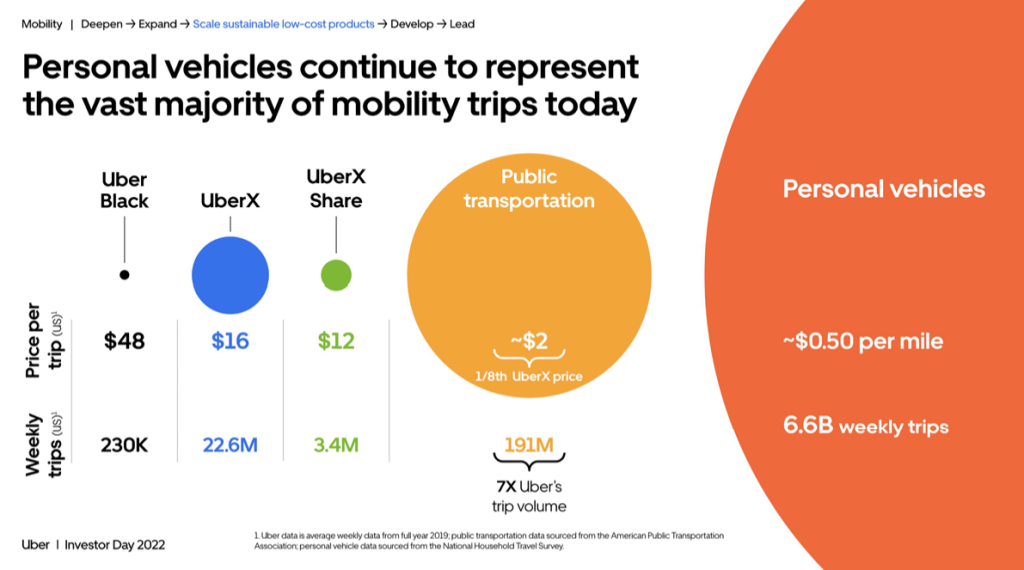 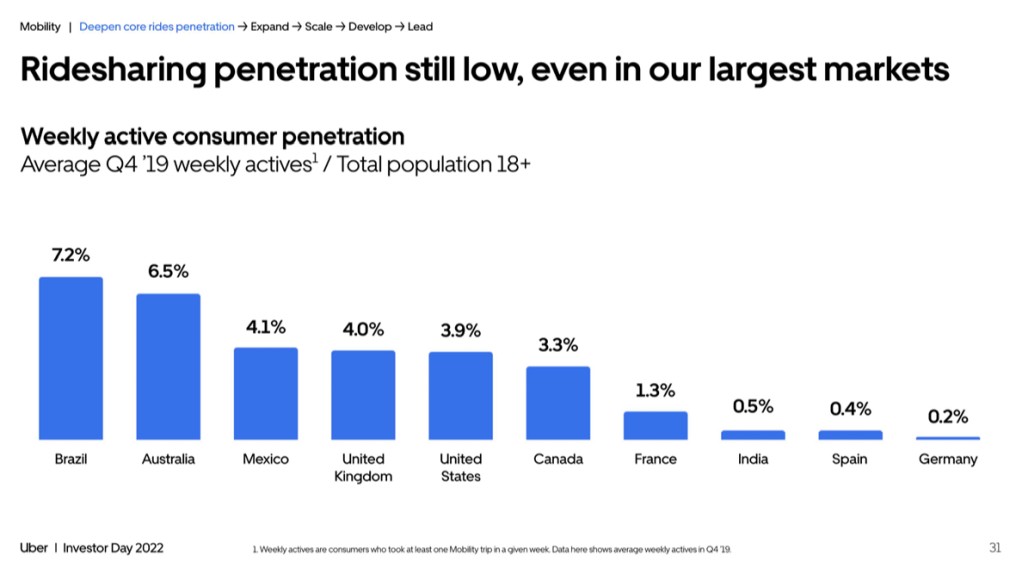 Now that many COVID-19 restrictions have been lifted, tourists are returning and bars and restaurants are filling up.

That has prompted the BC Restaurant and Foodservices Association to renew its call to the province to allow large ride-hailing companies, including Uber and Lyft, to operate in the capital.

“The transportation infrastructure isn’t there to support (the increase in tourism),” said Ian Tostenson, the association’s president and CEO.

For Victoria’s only ride-share service, Andrew McNellis says he tries to make every ride ‘an experience.’

“The reason that I love to drive is that I love people and I’ve met some spectacular people,” said McNellis.

The part-time driver has worked with Lucky to Go, a rideshare company, for more than a year now. It’s not his only gig. He and other employees of the company also work as limousine drivers.

Dealing with people from all walks of life, he says overall his experiences have been positive. But he’s heard his fair share of horror stories of passengers dealing with cab companies.

Pandemic paves way for new B.C. car-share programs — including renting out your vehicle
The cost to rent a car in Canada skyrocketed by nearly 32% in 2021. A handful of start-ups are rising up to challenge an old business model — from Tesla-curious car shares to a new way for people to rent out their own vehicle.
https://www.timescol...vehicle-5336767

Still no Uber in Victoria, hey?  What was the reason for that?

Quick rip to Vancouver with the kids to see Hamilton, and we used Uber a half dozen times.  They must be adding drivers like crazy, because we never had to wait more than 3-4 minutes for a pickup, even after the show let out and 3000 people spilled into the street.  Took it to the ferry terminal from downtown, $45 and no hassle.  Would recommend!

Uber and Lyft are perfect examples of technology making something much better. It’s a shame they’re not being allowed here. The taxi companies don’t like it? Of course they don’t. Adapt and compete or get left behind. They don’t want to do that either. And these small company ride hailing startups that Victoria is allowing are pale imitations. The modern world moves forward but, apparently, not here.

The era of commercial autonomous robotaxi service is here — Cruise officially became the first company to offer fared rides to the general public in a major city as of late Wednesday. The milestone comes after Cruise received official approval from the California Public Utilities Commission in early June to operate driverless in a commercial capacity.

Initially, Cruise’s driverless autonomous offering will operate only between 10 p.m. and 6 a.m., and only on designated streets in the city. But the limits are part of a plan by regulators and the company to prove out the safety and efficacy of its system before deploying it in more locations at additional times. The new operating window already extends its total active time by 1.5 hours as compared to the free driverless test pilot service it was offering between June of last year and the debut of this paid service.