Stats will suggest that's most likely the divorced or otherwise separated father of the children, with limited custody.

Their father, Andrew Berry, 43, was taken to hospital, under police guard, with self-inflicted wounds. He was found by officers after they entered the apartment searching for the girls.

The children’s mother, Sarah Cotton, was in a bitter custody battle with Berry, her ex-partner. The pair have been estranged since 2013.

Berry had the children in his care Christmas morning but did not return them to their mother in the afternoon when he was supposed to, according to friends close to Cotton, who has worked in communications in Victoria.

Cotton went to the Oak Bay police station to report the girls as missing, and officers went to the apartment.

In recent months, Cotton took Berry to court, seeking unpaid child-support payments. Berry did not hire a lawyer and represented himself. It’s unclear if he paid the outstanding child support.

Friends said Berry, who left B.C. Ferries in the summer, was having financial problems.

Looking at the pictures of those two sweet angels in this mornings T/C brings one to tears.

(The coward responsible doesn't even deserve his name printed or spoken aloud, and will rot in his own hell)

I was also brought to tears seeing the morning paper.

I can't begin to comprehend how someone could do this.

Surely there were some warning signs that were overlooked.

The force posted a New Year's resolution message on Twitter, to which Chrissy Brett replied.

OBPD: Any #newyearsresolutions this year?  May we kindly suggest 'stopping completely at stop signs'? The #oakbay Police have some resolutions this year...and you set them for us! You identified our priorities for the next 5 yrs and we're looking forward to delivering.

Chrissy Brett: My new yrs resolution is a round 2 of municipalities we've already been too....afternwe have cycled through Central Saanich & Sidney to add to our list of PDs who work with us not mud sling.  Only part of Duncan RCMP and Westshore RCMP & oak bay pd make it personal not policing

OBPD: We have an invoice for you. It was initially going to be mailed to your home...but I felt we should just hold it for you for if you came back.  Its for the damaged bench $1500 & 3 Hazmat call-outs ($500 each). I'll hold it here & if you return to camp, it will be served on you.

^good! I hope she does come back and they drop this in her lap

A vigil for little Chloe and Aubrey will be held at Willows Beach on Saturday, December 30th, 7PM.

mailed to your home...

Nice. I see what they did there.

A vigil for little Chloe and Aubrey will be held at Willows Beach on Saturday, December 30th, 7PM.

Such a senseless tragedy.

Nice. I see what they did there.


You know she had a home right? And kids. Smh. So he did nothing there. 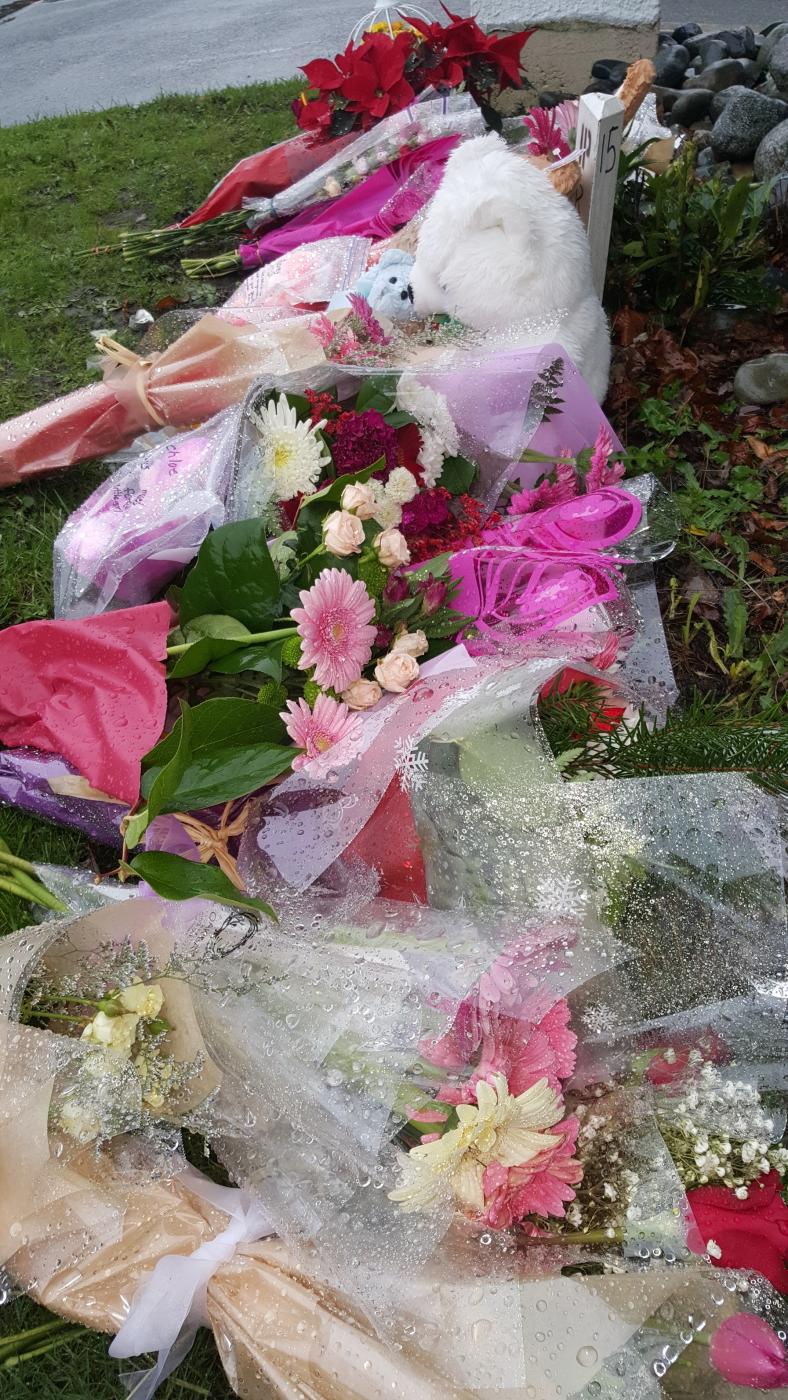 Below is the link to the civil court case.

Link didn't work for me.

(there was an "illegal" space in the other one)

The musical railings in the parkade have been vandalized:

I thought that the piece written by Carla Wilson in the TC this morning about last night's vigil at Willows Beach was well written and heartfelt.

The photograph by Darren Stone is awesome.

That is tough sledding for any reporter to cover an event such as that. I hope it never happens again.

Andrew Robert Douglas Berry, 43, was arrested Dec. 25 and has now been charged with two counts of second degree murder.

No other information is being released at this time as the matter is before the courts.

And that's it, we are unlikely to hear any details at all until trial, or just before sentencing if he pleads guilty.

Even though at least two people on this board including myself know other details of the killings, as reported to us by those closely involved afterwards, the news media around here, who likely also know, will not report them.  And it's not that there is any type of publication ban in place yet.

Publication bans do not work in this day and age as people on this board already know stuff,  for example.

Publication bans do not work in this day and age as people on this board already know stuff,  for example.

Well, they mostly cover evidence in court documents or said in hearings and then of course victim names etc.

Use the page links at the lower-left to go to the next page to read additional posts.
Back to Victoria Crime


13 user(s) are reading this topic