I lived up near Blenkinsop and Cedar Hill X Rd at the time, and I recall neighbours positing that it was unlikely that he drove very far with her body in his truck.

That entire area was, and largely still is, pretty "wild" for what is actually a suburban area of Saanich ... lots of locations around the valley and Mt Doug Park where folks never go, and never look.

Cordova Bay and surrounds is also a pretty logical direction to head in such a situation, with the Martindale Valley not too far away - and then and now still pretty wild in places.

That seems so bizarre. All sorts of road debris should be getting stuck in that fashion but it never does. It’s all rather odd.

You're suggesting there's some inconsistency in the premise that incriminating debris from a singular incident would be stuck there for the long term even though mounds of debris related to every other use of the truck are not stuck there for the long term? Consider the immense amount of stuff that you drive over, including living and dead stuff, in all weather conditions. Yes, some stuff will get stuck and stay stuck, but 99.8%* of the stuff you roll over either gets stuck temporarily and later falls away or never gets stuck at all. What are the odds that a comparably tiny amount of incriminating debris from a notable singular incident would get filed under the "stays stuck" group?

Methinks the only way this would be plausible is if the truck had a) not been purposely inspected & cleaned after the incident, and b) been used sparingly or not at all from that point forward. Doesn't a) seem very unlikely? I think b) is more likely than a). Although I suppose the same guilty conscience that blocks you from driving the truck again might also hinder a thorough inspection & cleaning. And I also suppose we can fall back on the "subconsciously he wanted to get caught" angle whenever things don't seem to add up.

...your speculation link does seem to require that one accept that the Saanich PD are complicit in railroading Mackay...

Here's the thing: I'm a straight-laced law-abiding individual and yet I have at least three personal experiences related to criminal investigations that reflect poorly on police and their investigative efforts (clueless incompetence in one case and deliberately fishy conduct in another case... in the third case I can make excuses for them because of the particulars, but even so they still didn't make a very good showing). When you get right down to it they're just fallible human beings working for other fallible human beings. How many times a day do police somewhere in the world deliberately do something they know isn't right or otherwise make a mistake? Thousands of times? If it happens there then it can also happen here.

But for the record, none of my personal experiences involved Saanich Police. If one department in the world can lay claim to being the cleanest and making the fewest mistakes then why can't it be Saanich PD?

Anyway, we're just having a Saturday afternoon yap over coffee.

If one department in the world can lay claim to being the cleanest and making the fewest mistakes then why can't it be Saanich PD?

And if one department in the world can lay claim to having their investigations featured on US national TV the most times then why can't it be Saanich PD? Off topic but I was pondering this oddity when I was searching on the Telesford case. Shows like Dateline have covered Buziak, Virk, Huenemann and probably some of the other high-profile cases, too.

Again, we're just having a Saturday afternoon yap over coffee.

They used to give oak bay a run for their money.

For having sensationalized high-profile investigations? Or for not having them?

Nowadays Oak Bay might well be the per-capita world leader.

Between the machete maniac and all the multiple murders, oak bay has been riding on a high for years. Nobody can undo that legacy.

At least they figured out who the zodiac killer was. Now maybe that team can track down our machete guy.

From erratic driving, fleeing police to running into the Gorge Waterway, one man was the subject of much police attention Sunday evening.

In a tweet Thanksgiving Monday, Saanich Police said they received a 911 call for dangerous driving and when officers attempted to stop the vehicle, the driver fled from police.

Not long after, police received a second 911 call after the same car crashed nearby. The 911 caller said they saw the driver running into the Gorge Waterway after the crash.

VicPD, along with police service dog Koa, assisted Saanich Police in searching for the driver—Koa eventually tracked the driver hiding at a nearby residence.

Saanich Police said the driver in possession of over $5,000 in cash and what they believed to be drugs.

The driver was also believed to be impaired by drugs, was on bail at the time, and was arrested for five separate criminal allegations in this incident.

...The driver was also believed to be impaired by drugs, was on bail at the time, and was arrested for five separate criminal allegations in this incident....

Catch and release works so well.

someone is not sending their best to Burnside/Gorge.

The Independent Investigations Office of B.C. (IIO) says multiple theories arising around the Sept. 12 fatal police shooting of a man near Mayfair mall are untrue.

The independent office, which investigates police incidents that result in death or serious harm, says it’s been hearing all kinds of speculation around what occurred, but that it can confirm that there was no vehicle involved in the incident and that several other rumours are false too.

who said a car was involved?  what other rumours?

Nanaimo RCMP are investigating what they’re calling a targeted shooting after a man was shot in the city’s south end Sunday.

Initial calls at 1 p.m. were for shots fired into a derelict house at 515 Nicol St., near Needham Street. 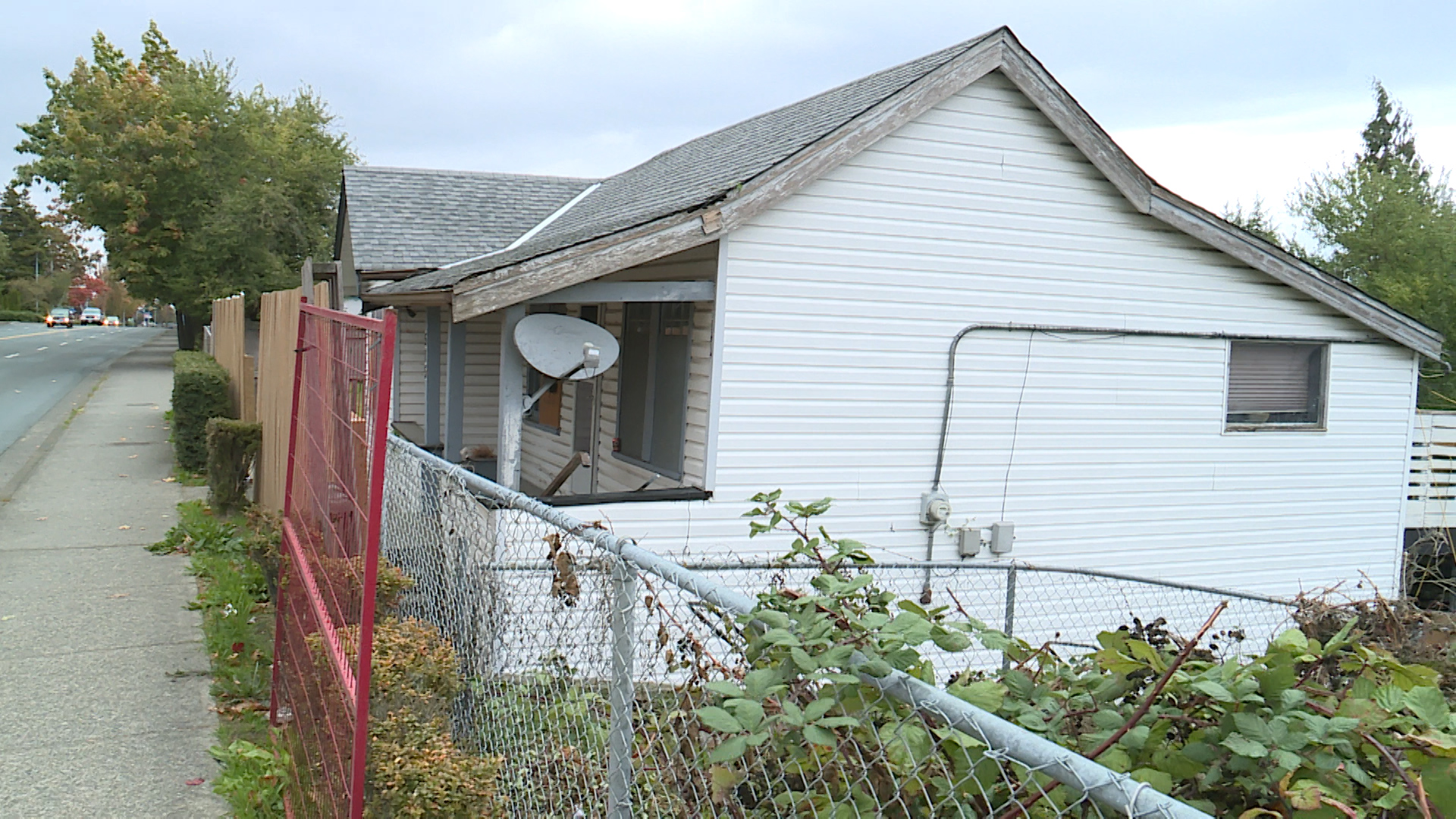 About 20 minutes later, police were notified of a man at Nanaimo Regional General Hospital who had arrived with non-life threatening injuries consistent with being shot. He was treated and later released.

‘I think we were targeted:’ Nanaimo restaurant owner fears anti-vaxxers are behind vandalism

Gaetan Brousseau has every reason to be nervous following a rash of window-smashing that targeted his downtown Nanaimo establishment — Melange Restaurant — and two other restaurants late last week.

“It is not a coincidence,” says Brousseau. “I think we were targeted because, and again it’s what I think, that we do respect the regulation asking for people for vaccination.” 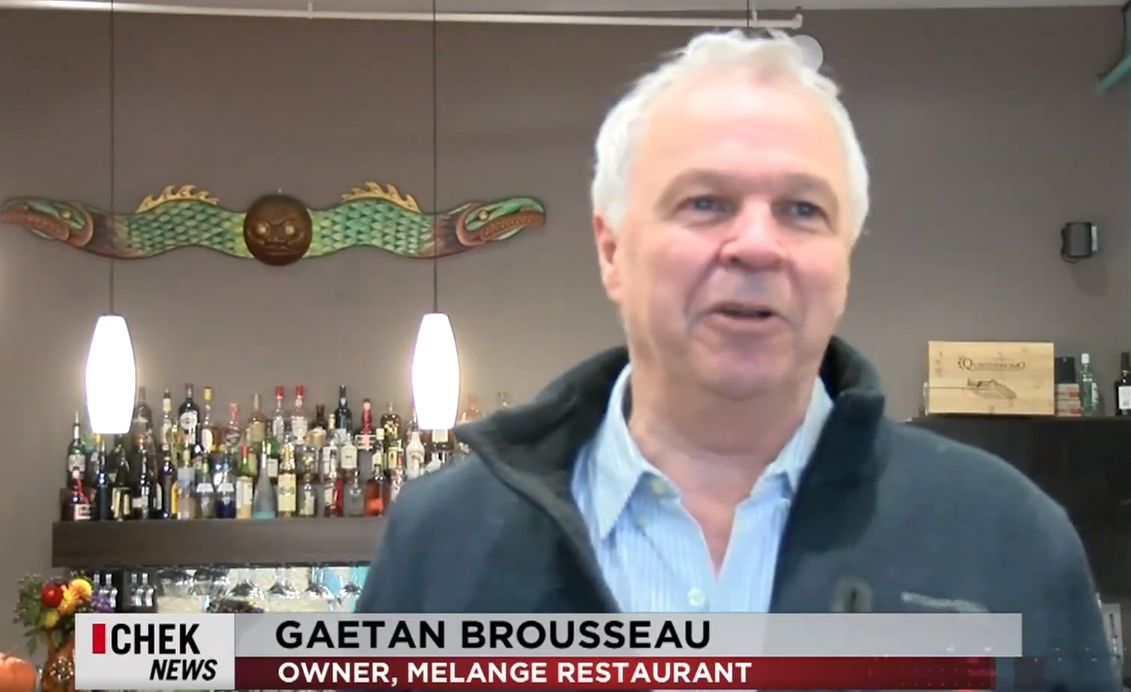 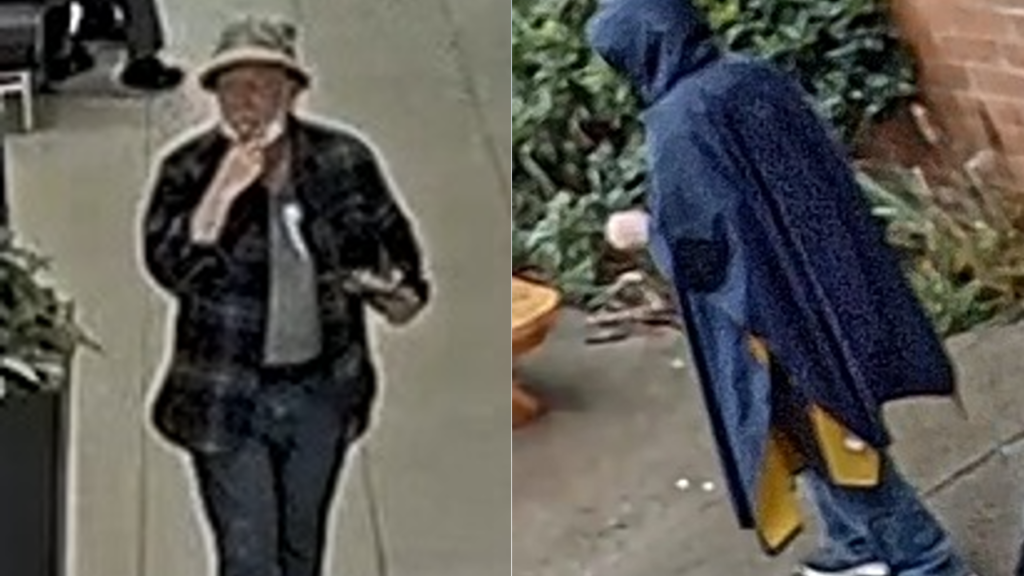 Mounties on Vancouver Island are searching for a suspect who they say decided to put glue on the doors of a COVID-19 vaccination clinic.

On Sept. 29, a man in his 50s walked up to the doors of the COVID-19 vaccination clinic at the West Shore Mall in Langford and glued the door locks shut, according to a press release from the West Shore RCMP.

Police say the glue rendered the doors inoperable and made it “impossible” to enter the clinic, which was closed at the time.

Why is it that the pro-vaxxers never throw rocks through the windows of establishments not enforcing the vaccine requirement?

Should tell you a little something about the IQ's of the anti-vaxxers. 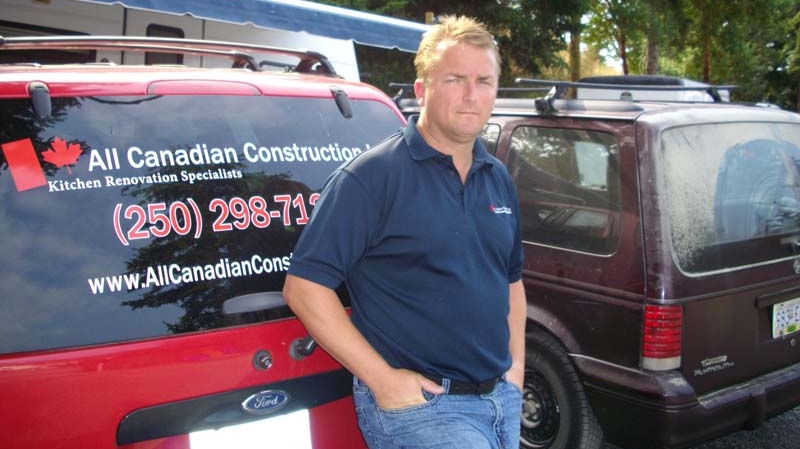 The owner of a Langford construction company has been ordered by a judge to pay nearly $1 million in damages for repeatedly sexually assaulting one of his female employees.

In 2016, Kyle Christopher Mostowy was found guilty in B.C. Supreme Court of sex offences committed against a total of five women who worked for him as office assistants at All Canadian Construction Ltd., a company he fully owned and directed. He was sentenced to three years in jail.

The victim, a 44-year-old mother of two, had been unemployed for about a year with her employment insurance benefits about to run out when she got the job at All Canadian through a subsidized employment program.

After using sexualized conversations, Mostowy touched private parts of her body despite her protests.

The judge concluded that the victim had largely been unable to work as a result of suffering from posttraumatic stress disorder and a major depressive disorder and there was a real possibility that she would be permanently unable to work due to her mental injuries.

Sidney-North Saanich RCMP Cpl. Andres Sanchez said officers were called to the Swartz Bay ferry terminal on Saturday to deal with a woman who created a disturbance and threatened B.C. Ferries staff, then ran away from the terminal.

Officers on their way to the call received another report that the woman was trying to break into a home in the Lands End area.

Police are recommending charges of robbery, mischief, assault with a weapon and break and enter.

VicPD arrested an armed man outside of a multi-unit supportive housing facility in downtown Victoria on Monday.

Just before 4 a.m. on Monday, October 11th, officers responded to a 9-1-1 call that a man was allegedly firing a handgun outside a multi-unit supportive housing facility in the 800-block of Johnson street.

All available officers responded to the area and located the suspect standing outside the building firing what appeared to be a handgun.

Several people fled the area and no one was injured.

Upon his arrest, the suspect told officers he was an opioid-user experiencing an overdose. Officers administered naloxone until paramedics arrived and transported him to hospital.