A Colwood woman has been convicted of two counts of sexually assaulting a 15-year-old boy in April 2020.

A Colwood woman has been convicted of two counts of sexually assaulting a 15-year-old boy in April 2020.

The woman, 26, who texted the boy, inviting him to a “hot-make-out sesh,” has also been convicted of communicating with a person under the age of 16 for the purpose of committing a sexual assault.

The woman is to be sentenced in March.


Sounds like the crown made a bad mistake in the case of the second woman.

Interesting that no names are released.

...Interesting that no names are released.

in sexual assault cases, there is often some publication bans to protect the victims.  But not naming the offender is usually reserved for cases where it's very easy to draw the link between the offender and the victim, say a father or stepfather accused/found guilty of a sexual offence against their own children.  That doesn't seem to be the case here.

We recently heard of cases against the City hall staffer, and we know the sex was with his employee, and we also heard of a male nanny in town, and you'd think those two cases were much more closely linked or associated to the victims that the above situation is.

Saanich police are asking the public to be on the lookout for a stolen red Hyundai Kona after a man with a knife reportedly robbed a gas station on Friday afternoon.

The suspect entered the 7-Eleven gas station and convenience store at the corner of Burnside Road West and Harriet Road around 3 p.m. then showed a knife to the cashier and demanded money, police said.

After being given cash, the suspect left in the red vehicle, which was last seen driving westbound on Burnside Road West.

He is described as 5’5” with a slim build and short dark hair. He was wearing a black and white mask, glasses and a black long-sleeved shirt with a white undershirt at the time.

This guy went right up to the ashier.  No surveillance images of the guy?

@SaanichPolice
·
Good news. The vehicle and driver were stopped and arrested late last night. The investigation into our robbery file is ongoing.  #Saanich  #yyj

Hey Greater Victoria
Well, we have a rather disturbing event that happened on a BC Transit bus on November 23rd on bus #30 between 6:00pm-6:30pm.
The suspect in the photos felt he needed to be extremely sexually inappropriate and some disgusting lewd gestures towards another passenger. We would rather not disclose what truly happened as it is rather gross, but you can use your imagination.
Police would really like to ID this person as quickly as possible for obvious reasons.
If you know who this person is and you want to remain anonymous, please click the ‘Contact Us’ button above, or call 1-800-222-8477. You may also submit a tip online at www.victoriacrimestoppers.ca
#21-26384

A single juror’s bias tainted the trial of William Talbott, a court ruled

And of course the one thing missing from this long story is - has the suspect been released?

And of course the one thing missing from this long story is - has the suspect been released? 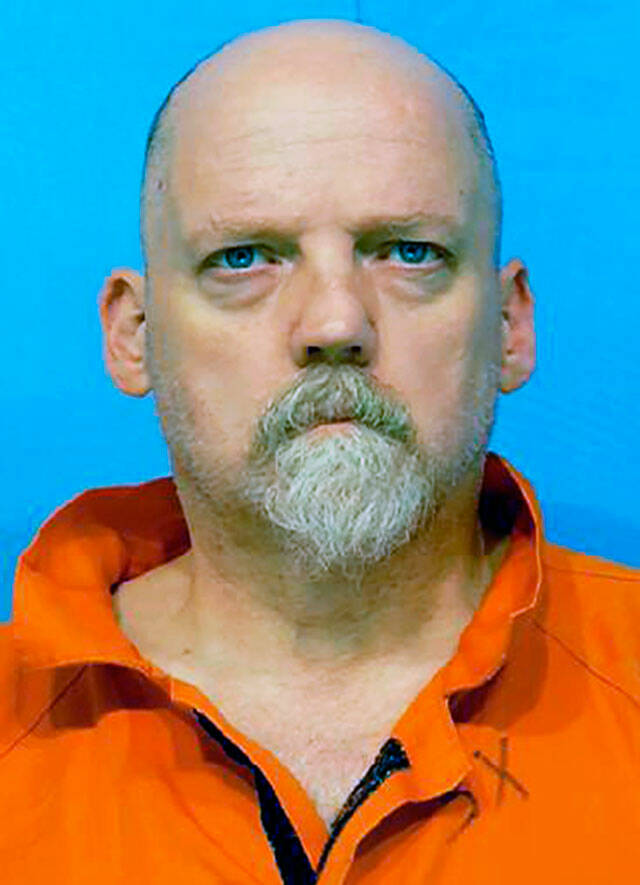 "...the defendant will remain in custody and gets a second trial — unless prosecutors prevail in an appeal to the state Supreme Court. The deadline to request a review from the higher court is Jan. 5, Snohomish County Prosecutor Adam Cornell said Monday.

At least at first blush, Cornell said, the state Court of Appeals appeared to cite rulings from the federal Ninth Circuit Court of Appeals, not past opinions in state cases. So there may be no precedent for a case like this in Washington.

Yet again, the case is back in limbo, with an uncertain future.

“The closure we had hoped for at the end of the trial,” Cornell said, “is at least not apparent right now.”

On Monday, the lead detective on the case emphasized the overturned verdict was a procedural issue, rather than an evidence issue.

“We know he’s guilty from the evidence,” Scharf said. “If we have to present it again, we’ll get him convicted again.”"

Thanks for that update.

A Vancouver Island judge says courts need to reconsider sentencing ranges that make it almost a certainty addicts caught dealing fentanyl to support a drug habit are sent to jail.

In a ruling likely to send shockwaves through B.C.'s justice system, Campbell River Provincial Court Judge Barbara Flewelling last week broke with years of precedent set by the province's top court — suspending a sentence for a woman facing up to three years in jail for trafficking in fentanyl and placing her on probation instead.

Sarah Runyon, the defence lawyer who won the case, said the ruling has the potential to be groundbreaking.

"It's really just forcing the court to step back and say, 'Wait a minute, are we really just playing whack-a-mole here?' Taking one marginalized street person, throw them into custody [then] somebody else pops up, and what problem are we really solving?" Runyon told the CBC.

"It's important because it's re-evaluating our approach to punishing people who use drugs and sell drugs to survive."

Not that we needed any further examples of judges living in an absurd fantasy land.

Not that we needed any further examples of judges living in an absurd fantasy land.

Reading the story over, I'm not even that concerned about a very low level dealer.

However, I read this about the woman convicted:

Ellis had one prior conviction for trafficking almost 20 years ago and numerous busts for shoplifting since. She has spent a total of 240 days in jail spread over two decades and has been on constant probational supervision.

But all it took was a Google search to find her past crime involvement in more than "shoplifting".

It was around 4 a.m., on July 15, 2011, when Nelson was joined by Tanya Lee Ellis and family members Arthur Michael Nelson and Bruce David Nelson for a well-planned break-in at Campbell River Collateral located at 870 Island Highway.

Using a stolen Dodge Ram pickup, along with chains, the crew pulled off the store door and security bars causing considerable damage. The culprits were seen fleeing with various good and jewelry valued at approximately $19,000.

Too bad the CBC reporter does not use Google.

'It is really disturbing': Campbell River security guard stabbed, in serious condition after theft at Walmart

Mounties were called to the Walmart Supercentre at 1477 Island Hwy in Campbell River, B.C., just before 11 a.m.

A security guard was rushed to hospital in serious condition Tuesday after he was repeatedly stabbed by a man shoplifting from a Walmart in Campbell River, B.C.

The perpetrator, who was wearing a purple wig and a medical mask at the time, is still at large.

Mounties were called to the Walmart Supercentre at 1477 Island Hwy just before 11 a.m.

Police say a man was leaving the store with stolen merchandise when the security guard intervened.

"That individual stabbed the security guard at least twice," RCMP Const. Maury Tyre told CTV News. "The security guard, a man in his 60s, is presently in serious but stable condition in Campbell River hospital."

Update: A suspect was arrested in connection with a stabbing at the Walmart in Campbell River.

The suspect remains in police in police custody as the investigation continues and is scheduled to appear in court on Wednesday, Dec. 8.

Blaine Isherwood, a 27-year-old Victoria man, has been charged with robbery and assault with a weapon after a robbery and stabbing at a downtown Victoria business on Monday. He remains in custody.

Shortly after noon on Monday, December 6th, Patrol officers responded to a report of a robbery and a stabbing at a business in the 1500-block of Vancouver Street. A man reportedly stole money from the store and, when confronted, he stabbed a staff member with a knife. The man then fled the area on foot.

Several Patrol officers attended and gathered a description of the suspect. However, the suspect was no longer in the area and was not located. The victim, a man, was transported to hospital with serious but non-life-threatening injuries.

Detectives with VicPD’s Major Crime Unit and officers from VicPD’s Forensic Identification Services continued the investigation and a suspect was identified. On the morning of Tuesday, December 7th, VicPD’s Community Services Division officers located and arrested Blaine Isherwood in the 900-block of Pandora Avenue without incident. Officers transported him to VicPD cells where he was held for a bail hearing.

1500 Vancouver would that be Save on Foods?  Or McDonalds, who knows.

1500 Vancouver would that be Save on Foods?  Or McDonalds, who knows.

Either way, he didn't have far to go to get home.

BC’s Minister of Forests and Kootenay West MLA Katrine Conroy was assaulted walking home from the legislature last night. She was knocked to the ground, according to the Premier’s Office. Her injuries are described as minor. No additional details are available.

BC’s Minister of Forests and Kootenay West MLA Katrine Conroy was assaulted walking home from the legislature last night. She was knocked to the ground, according to the Premier’s Office. Her injuries are described as minor. No additional details are available.

This is totally out of control.  There are so many deranged groups that have been propped up by this council.  It could be as simple as someone that is mentally ill or addicted being enabled to make their own choices.  It could simply be the usual woke crowd nonsense.  Given who was assaulted, I could be targeted.

While I know they believe they are doing good, this council is becoming notoriously evil.


7 user(s) are reading this topic