There's a decent chance radical fringe groups like this are sponsored (behind the scenes) by the government. The sole purpose being to discredit legitimate organizations who are concerned about the increasing government overreach into our lives.

By hostile foreign governments like Russia and China, perhaps ... but to suggest that the Canadian government is supporting these groups domestically is absurd.

...to suggest that the Canadian government is supporting these groups domestically is absurd.

I wish it was absurd.

It wasn't that long ago I would have found it absurd to believe the federal government would invoke the Emergencies Act over some noise pollution in the nation's capital or that people would have their bank accounts frozen by order of the government for donating to GoFundMe.

The Daily Hive thinks the tires were “slashed” not deflated.

That’s what happens when you report the news by reading tweets.

I think that you VV'ers have really nailed it this time!

^ Don’t inflate their jacked up egos.

This article sure is kind to him… I don’t think I’ve ever seen an article so kind to someone in the “freedom movement”. They don’t even get comments from the organizations that came out against him and make him out like a victim. Clown world continues…
https://www.sasktoda...ovement-5656889

Note, this hasn’t put a stop to this crime in the making.

The West Shore RCMP is looking for the owner of several sports cards that were recovered from inside a stolen vehicle.

On June 9, 2022, the West Shore RCMP recovered a stolen vehicle in the 900 block of Neff Road in Metchosin. Two men were located inside of the stolen vehicle and were subsequently arrested for possession of stolen property. A search of the vehicle resulted in investigators locating several sports cards, drugs and money. 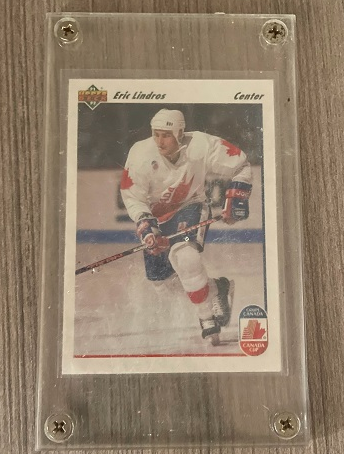 A 37-year-old man from Metchosin who was arrested inside the stolen vehicle has been charged with possession of stolen property and breach of a release order. Following a court appearance, he was released on court documents and his next court appearance is in August 2022.

On August 3, 2022, just before 5 p.m. police responded to a robbery in progress call at a business in the 3900 block of Quadra Street. Two suspects, wearing Halloween-style masks, entered the business, assaulted at least one staff member, and grabbed the till containing cash. An employee chased the suspects as they ran out of the store, during which, they were pepper sprayed by one of the suspects.

A grey Honda Civic hatchback, in which witnesses saw the suspects drive and park in the business lot, was seized by police as evidence.

Both suspects fled the area on foot south on Quadra Street and a search, with the assistance of the Integrated Canine Service, was unsuccessful in locating either of the suspects.

Anyone with information, including any dash cam footage from the area, is asked to contact the Saanich Police at 250-475-4321 or report anonymously through the Greater Victoria Crime Stoppers at 1-888-222-8477.

Victoria police are starting to see another surge in youth ­problems downtown.

Deputy Chief Colin Watson, delivering the department’s quarterly update Thursday, told councillors there have been ­indications of another increase in activity.

“Over the last two weekends, we’ve started to see some indications of an increase once again, and we’ve started conversations about what that looks like, what might be contributing to that and any additional proactive steps required to try to interrupt that upward trend, if that’s in fact what’s going on,” he said.

In the spring, police and school officials worked together to deal with concerns about groups of youths causing problems downtown. At the time, the level of youth-related ­violence seen on the streets was deemed “unprecedented” with Victoria police saying most of those involved were under 18.

Took months for the grinches heart to grow this time

Mounties in Nanaimo are on the hunt for a suspect who robbed a convenience store at knifepoint on Thursday night.

The incident took place at the James General Store, located on Victoria Road beside View and Needham streets, at around 9 p.m.

Nanaimo RCMP say the suspect walked into the store, pulled out a knife and demanded money from the register. They say the clerk complied and the suspect left the store and fled northbound on Needham Street with an undisclosed amount of money.

Mounties say the suspect is described as 5-foot-10, with a dark complexion and slim build. At the time of the incident, the suspect was wearing a blue medical mask, gloves and dark hoodie. 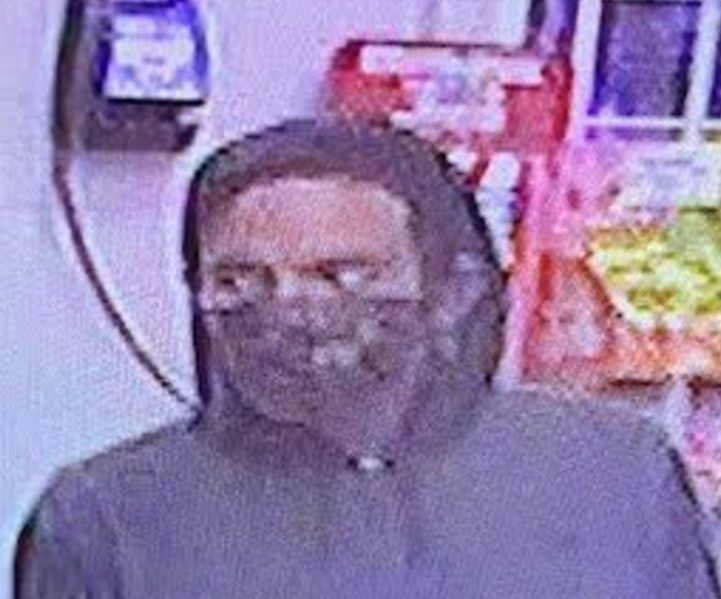 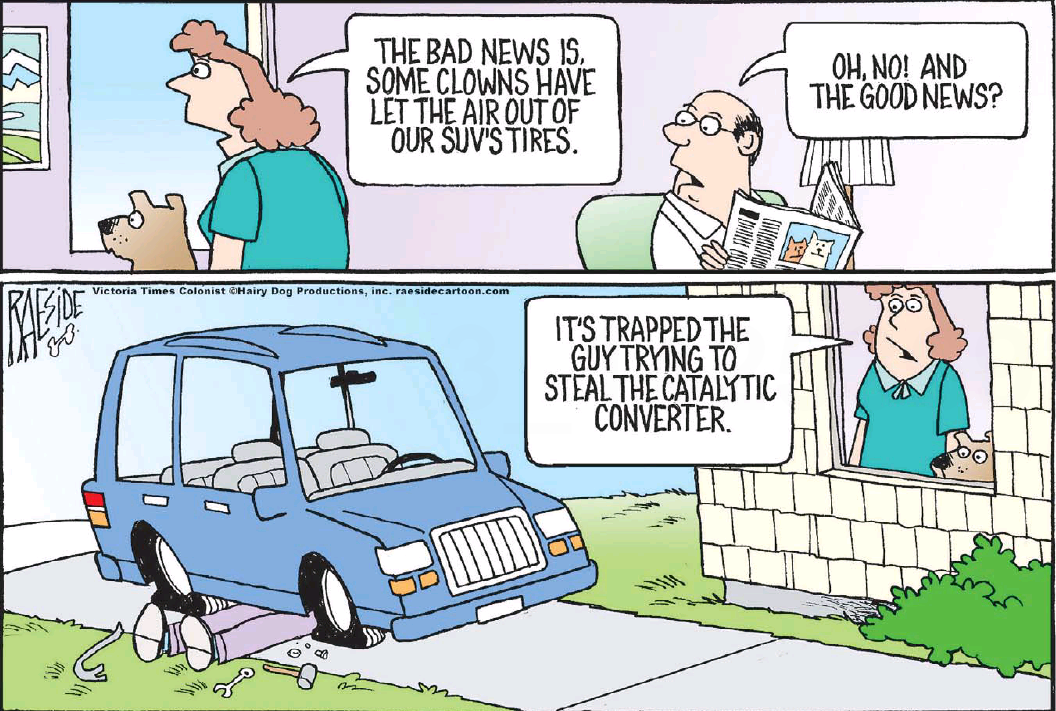 
“Life altering”. Like they each have one or two less limbs?

Kristie St. Claire would have loved to sit out on the porch of Amber Manthorne’s home with her childhood friend Sunday.

But instead, she marked a month since the Alberni woman disappeared from the lakefront home remembering how much her friend loved it.

Although her Jeep was found in a ditch near Nanaimo days later, there was no sign of Amber.

Her ex-boyfriend vanished at that time too before surfacing days later, saying he’d lost his phone and denied any involvement in the disappearance. 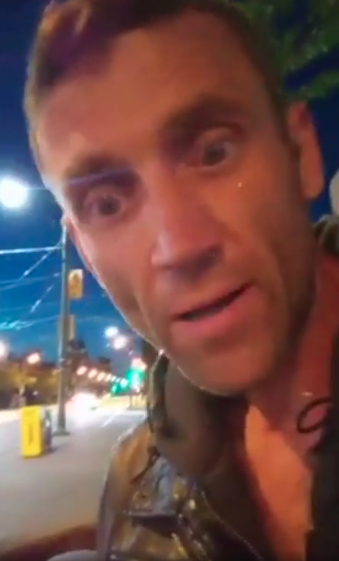 “I see the looks, I see the hate, everybody knows and it hurts. Everybody,” he said.

On Monday, a new podcast will launch featuring Manthorne’s story in hopes of generating new leads.

On July 28 just before 7 p.m., Campbell River RCMP were called to a sudden death involving a 41-year-old woman in the 100-block of Munson Road.

“The investigation determined the circumstances of the death were suspicious,” RCMP said, noting Campbell River’s Major Crime Unit has taken over the investigation.

Anyone with information about the incident, or who noticed anything suspicious in the area leading up to 7 p.m. on July 28, is asked to call Campbell River RCMP at 250-286-6221.

NANAIMO — A local man well known to police remains in custody and charged with arson. 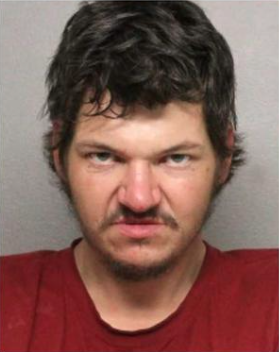 Kym Robert Arkell, 38, faces a single count of arson damaging property following a Tuesday, Aug. 2 fire at Tim Hortons on Northfield Rd. He was arrested by police the following day.

Arkell’s criminal history is extensive, dating back to 2006 with multiple offences throughout Nanaimo.

Previous charges include assault with a weapon, break and entering, robbery and theft.

In June, Arkell was sentenced to time served after threatening to kill a Country Club Centre employee after allegedly shoplifting from the Dollar Tree.

As part of the same sentencing hearing in which Arkel pleaded guilty to five charges he admitted to igniting a fire in the foyer of a Parksville bank in Dec. 2021.

Arkell’s lawyer told court his client has significant behavioural and mental health challenges which are compounded by homelessness and drug use.

Arkell was also convicted for a pair of similar daytime incidents in 2017 and 2018 near Altrusa Venture Park in which he pulled a knife and threatened to kill the responding Nanaimo RCMP officer.
More: https://nanaimonewsn...mo-tim-hortons/

In response to heavier than normal traffic volume in Lake Cowichan over the August long weekend, BC Highway Patrol worked with Lake Cowichan Detachment to deploy resources to the area from its BCHP Chemainus and Parksville units to target high risk driving offences including excessive speed and impaired driving.

As a result of this enforcement initiative, 23 impaired drivers were removed from the road and six drivers were ticketed for excessive speed. BCHP officers issued a total of 111 tickets over the weekend. In all, 21 vehicles were towed. The minimum fine for excessive speed is $368 and 3 points plus towing and impound fees. Impaired drivers face immediate driving prohibitions ranging from 24 hours to 90 days, plus towing and impound fees.

While I am concerned about number of people found driving impaired over the weekend, I was also very impressed by the large number of people who came through our road checks using designated drivers or shuttle services to ensure they got home safely, says S/Sgt. Adam Tallboy, Acting Commander of BCHP Vancouver Island.

BC Highway Patrol works closely with its road safety partners including local Detachments, ICBC, RoadSafetyBC and you, the motoring public, to make our highways safer together.