-Not too surprised this release doesn't mention that POCETTI got "time served" on these convictions and a 2 year criminal driving prohibition...plus some restitution I believe.

On the other hand, he has a passel 'o K file charges out of Victoria going to trial at the end of January 2023 and it appears from CSO that he is still in custody.

Well, POCETTI went up to bat sooner than expected and yesterday (Dec 2) got a walloping 12 month Conditional Sentence, 18 months' probation, 2 year driving prohibition and a firearms ban. Also some "time served" and a bunch of charges were stayed.

A man who was recently wanted on a B.C.-wide warrant has pleaded guilty to assault with a weapon, but he won’t be behind bars for long.

On Aug. 30, 44-year-old Mohammed Adada threatened to stab a security guard in South Vancouver, according to police.

He was arrested, charged, and released on bail.

However, he then didn’t show up to his court appearance and was promptly re-arrested.

Now, Adada has been sentenced to 12 months probation and one day in jail with time served.

The man has a history of run-ins with the law — he’s been previously convicted of five separate assaults since May of last year.

“We are going to see a lot more cases like this, where you’ve got repeat violent offenders that are being released right back into society to continue to commit crimes against the community, and I think that’s very unfortunate,” said BC Liberal leader Kevin Falcon.

“We’ve said before and we’ll say it again — they need to give clear direction to Crown counsel to put the interests of public safety before the interest of the right of a criminal to be released back into the public.”

The BC Prosecution Service recently revised its bail policy following a directive from the attorney general’s office.

The directive asks the Crown to hold repeat violent offenders in custody before trial if bail conditions can’t reduce risk to public safety.

What is South Vancouver?

What is South Vancouver? 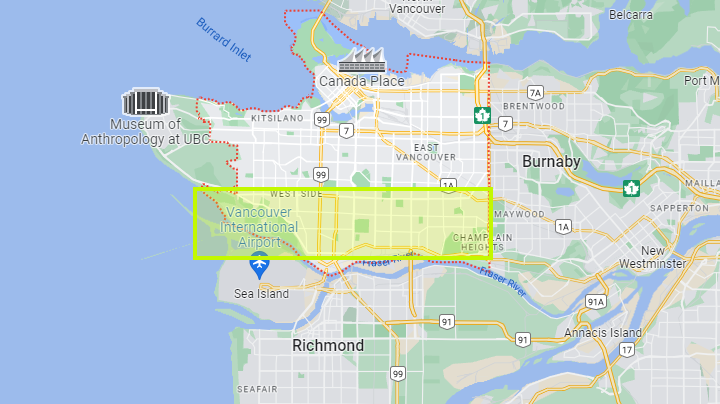 It’s far broader than that. 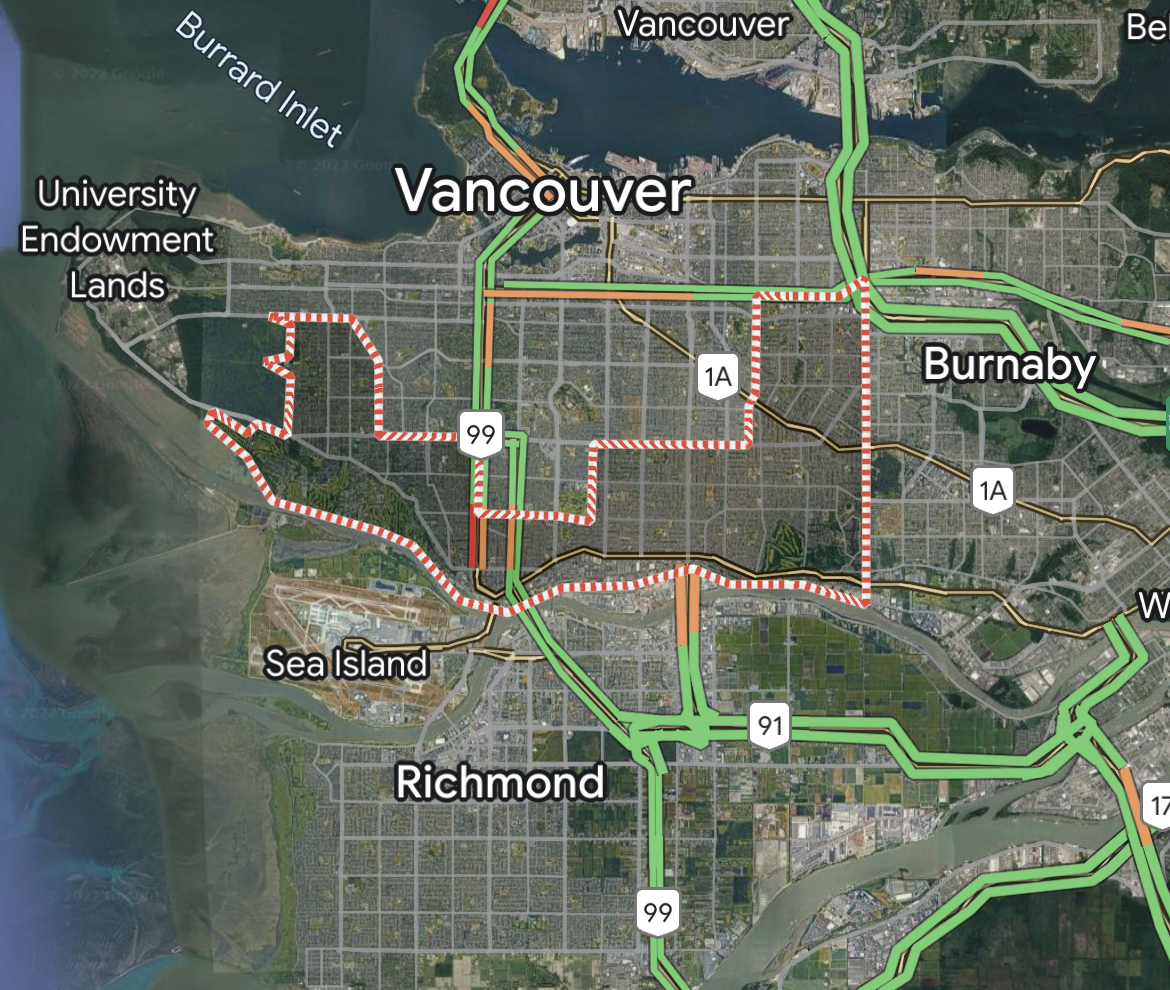 Up until today I did not know there was a South Vancouver, as a specific designation.

Victoria, BC – Investigators are warning the public to be on the lookout for similar scams after a phishing and bitcoin scam cost at victim $49,999.

Investigators learned that the victim received an email, which appeared to be from PayPal, indicating that they owed $499 and that urgent action was required. The email included a phone number which the victim called. The fraudsters were then able to convince the victim that they did not owe $499, but in fact, owed $49,999. They then directed the victim to their financial institution to withdraw the funds.

Knowing that withdrawing this amount of cash is a “red flag” that financial services staff look for, the fraudsters coached the victim to report that the money was being withdrawn to purchase property. The fraudsters then directed the victim to deposit the cash through various Bitcoin ATMs throughout Greater Victoria. It was only then that the victim realized they had been the victim of a fraud and contacted police.

Being informed – and ensuring that friends and family are informed – is the greatest protection against frauds of this type. The fraudsters in this file combined cybercrime and manipulation to contact the victim, convince them they owed funds, and then overcome safety measures at their financial institution by lying to financial services staff, before travelling to various locations across Greater Victoria to deposit the funds. These professional criminals use the combination of technology and intimidation to overwhelm their victims’ good sense.

Investigators are often able to recognize scams by both the techniques used and the key elements of the scam itself. These recognizable elements in turn can be useful to you to help determine that an email or a phone call is a fraud attempt. Please share the elements of this fraud and these key warning signs with your family and friends:


In this file, it is unlikely that the victim will see any of the $49,999 recovered.

A VicPD officer received non-life-threatening injuries after stopping a woman who was preventing BC Emergency Health Services (BCEHS) paramedics from providing life-saving medical care to a person experiencing an opioid overdose last night.

At approximately 7:50 p.m., Patrol officers were called to the 900-block of Pandora Avenue to assist BCEHS paramedics who were attempting to revive a person suffering from a life-threatening opioid overdose when a bystander attempted to stop paramedics from treating their patient. A Patrol officer arrived and located the paramedics working on their patient surrounded by a group of bystanders. The officer then observed a woman step out from the group of bystanders, push a paramedic aside and stand over the patient. The officer took the woman by the arm and removed her from the immediate area. Paramedics continued their life-saving efforts.

The woman then stated that she would continue to interrupt paramedics’ work. The officer attempted to get the woman to speak with him about her concerns in an effort to de-escalate the situation and allow the paramedics time to treat their patient. The woman again attempted to move towards where paramedics were working, so the officer then walked the woman to the corner of Pandora Avenue and Quadra Street.

The woman then attacked the officer, striking him in the face and knocking his glasses off. The officer took the woman to the ground and held her until additional officers arrived and assisted in taking her into custody.

The officer suffered non-life-threatening injuries in the assault and his glasses were damaged, but he was able to complete his shift.

The woman was transported to VicPD cells and then released with a future court date. She was not injured.

BCEHS paramedics were successful in reviving their patient through life-saving emergency medical care.

And still the decision makers believe the only thing keeping these people from leading productive lives are "clean" opioids. No mental health issues here at all.

-With respect to the robberies, one would think the Mounties must have had a hard time not catching the bad guy. Guess it was skeleton crew Sunday or something...

Port Alberni stabbing leaves one dead and several others injured

Just before 9:00 PM on December 2, 2022 the Port Alberni RCMP responded to a reported stabbing that had occurred in the 3600 block of 4th Avenue. Four individuals were found with knife wounds, including one that has been identified as a suspect.

We don’t believe there is any risk to the general public, this is an isolated incident, stated Constable Richard Johns. Officers from our Major Crime Section spent the night investigating, and will continue until all of the details have been unearthed. All persons involved in the incident are identified and the investigation is under control.

As this investigation is ongoing, no further details will be released at this time.

On December 4th, 2022 at approximately 03:25 pm Port Alberni RCMP received a report of a robbery at the 7-11 on Redford and 10th avenue. The suspect's behaviour and description was similar to that of an earlier robbery there on November 27th (File 2022-12164) in that a blue ski mask was worn and a knife brandished. The suspect fled prior to police arrival.

At 5:40 pm, the King Edward Liquor store on 3rd Avenue reported a suspect with a ski mask and a knife had attempted to rob their business unsuccessfully and fled from that location.

At 7:10 pm the 7-11 at Redford and 10th reported that a suspect had attended their location with a ski mask and knife and again robbed the business and fled. 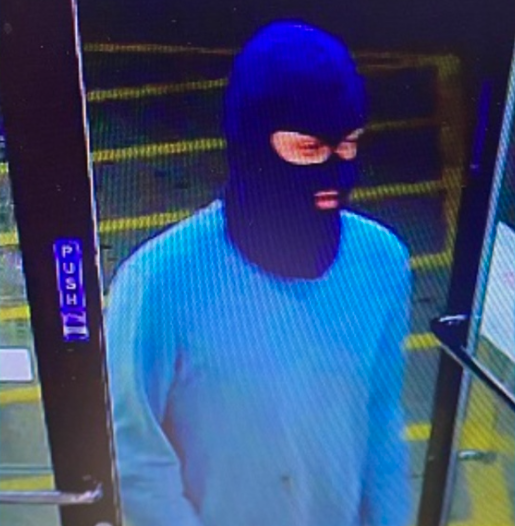 Fortunately, no one at the locations has been injured in these incidents however they are highly traumatizing, placing employees and the public at risk. Port Alberni Detachment is investigating these incidents and seeking the public’s assistance to identify the suspect through direct knowledge, dash camera or private video that may assist.

If you have any information that can assist these investigations, please contact Port Alberni Detachment at 250-723-2424

NANAIMO — Police in Nanaimo are seeking help identifying a suspect in a July case of suspected assault.

According to RCMP, the incident occurred on July 23, around 6 p.m., inside Thrifty Foods at Port Place Shopping Centre, where one man allegedly assaulted another. 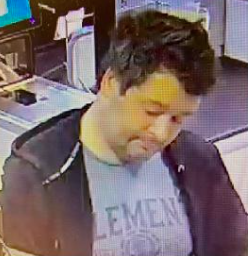 Witnesses said the suspect cut in front of an elderly person waiting in line to pay for their groceries.

When confronted by someone else about cutting in line the suspect became aggressive and punched the victim in the head several times.

The suspect then fled before police arrived and they were unable to locate him. The victim sustained minor injuries and did not require medical attention.

“We think this individual is from the Nanaimo area, and we’re pretty confident once the picture is out there that somebody will recognize him and let us know.”

“...I think this is a one-off, and we’re fairly confident we’ll be able to resolve this matter quickly once he’s identified.”

O’Brien added the file was investigated internally for four and a half months before police reached out and requested the public’s help.
More: https://nanaimonewsn...-place-assault/