No. Van City is clearly an incompetent group of fools. We're in the midst of the hottest real estate market in a generation and these dolts have accomplished almost nothing. I hope nobody on VV banks there.

It's really quite bizarre.

Yates on Yates is over 70% sold out in what must be record or at least near record time.

Encore sold out prior to the project being above grade, which is very rare for Victoria.

Numerous other projects and developers are literally rushing to get projects on the go.

What in the heck are they waiting for? It's really strange. The only logical conclusion I can come to is total dysfunction or they are trying to sell.

VanCity, as my understanding of the newly-approved plans go, is the overall custodian of the project but individual parcels will be developed by third parties. The upcoming office building along Harbour Road and the Merridale distillery are being developed by Method Built Homes and the Purdey Group, respectively.

The new DG plan follows in the footsteps of the Bayview plan, which is to offer development parcels to third parties to develop but Bayview also retains the option of developing the parcels themselves. 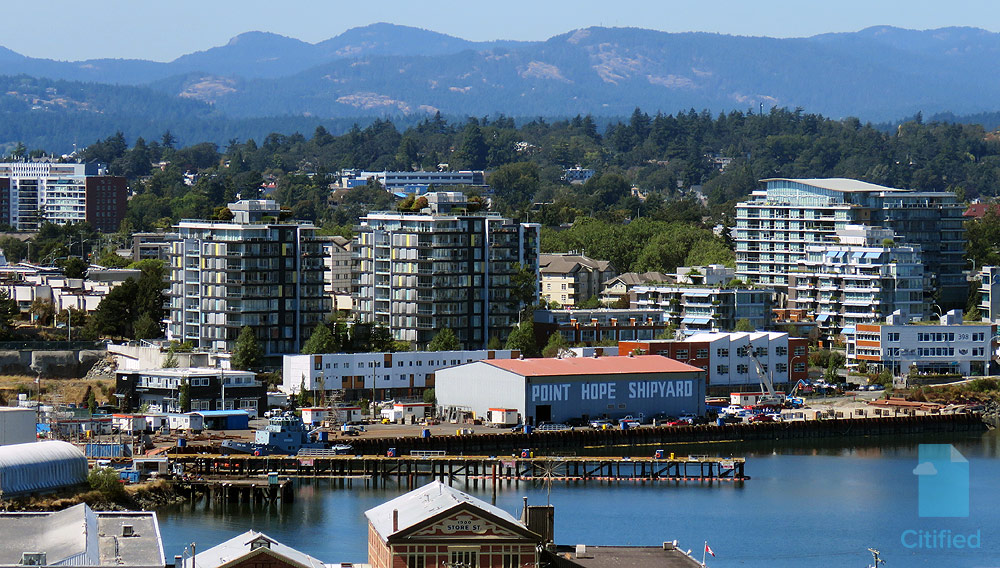 Vic West's Dockside Green development was originally conceived as the most environmentally progressive mixed-use project in the world. Today it remains mostly as it did in 2009 when construction of its last major phase was completed. Next year, however, work is set to begin on the next round of residential towers and commercial space.

Amid takeover rumours, Dockside Green to push ahead with new construction in 2018

The next major phase of construction at Vic West’s Dockside Green development is slated to get underway next year, Citified has learned.

“We are currently in negotiations with developers to take on individual parcels as part of our new masterplan,” said Dockside Green president Norm Shearing. “By next year you’ll start to see activity along Tyee Road.”
Details of the upcoming phases and the developer or developers behind them remain under wraps for now, although buyers can expect concrete residential towers sized between 12 and 16-storeys.
Development information aside, rumours are circulating throughout the Capital Region’s development community that the 15-acre project, home of the largest undeveloped land parcels in the city centre, could be in line for an acquisition move.
Under condition of anonymity several sources told Citified that current owner VanCity Credit Union recently sought purchase bids from large development firms with the wherewithal to take over the entire project. [Full article]

This would be the perfect opportunity for a major developer not currently in this market to jump into this market in a big way... specifically major Vancouver players like Concord Pacific, Cressey, Pinnacle, and Ledingham McAllister.

As long as the next phase isn't more dreadful dumpster-inspired projects like Madrona.

This would be the perfect opportunity for a major developer not currently in this market to jump into this market in a big way... specifically major Vancouver players like Concord Pacific, Cressey, Pinnacle, and Ledingham McAllister.

I bet it's someone that is already here, like Bosa.

You have to wonder. Bosa developed the second and third Bayview towers, now after Encore they don't have any further projects (Bayview will be building the next tower in-house). And then there's Dockside Green just sitting there waiting to get off the ground.

Someone needs to do something with it soon; just dropped the kidlin' off at a d/t club (for "90's Night"...geez 'old time music' in my day was "60's Night"...) and cut through Harbour Rd on the way back back home to the Gorge. Maaaaan D-G is dead, deader, deadest at night. I mean there is nothing there aside from figurative tumbleweeds. Zero activity and even less energy. And its dark, hardly any lighting along there at all. Whoever picks up and gives this turkey flight can't breathe life into it fast enough IMO.....

Bosa is the group that was successful in the Dockside Green bid. I understand they have not yet removed conditions on the contract, however it likely looks like they will be moving forward.

Is it the Bosa that is also building Encore (Bosa Properties), or Bosa Development?

Is it the Bosa that is also building Encore (Bosa Properties), or Bosa Development?

Interesting, so Nat Bosa, who purchased the Empress with his wife a couple of years ago, has now secured one of the most lucrative development opportunities in the Capital? That's a fast sweep.

Sources are confirming the Bosa Development was indeed the winning bidder. Take note, however, that the sale has not yet closed. 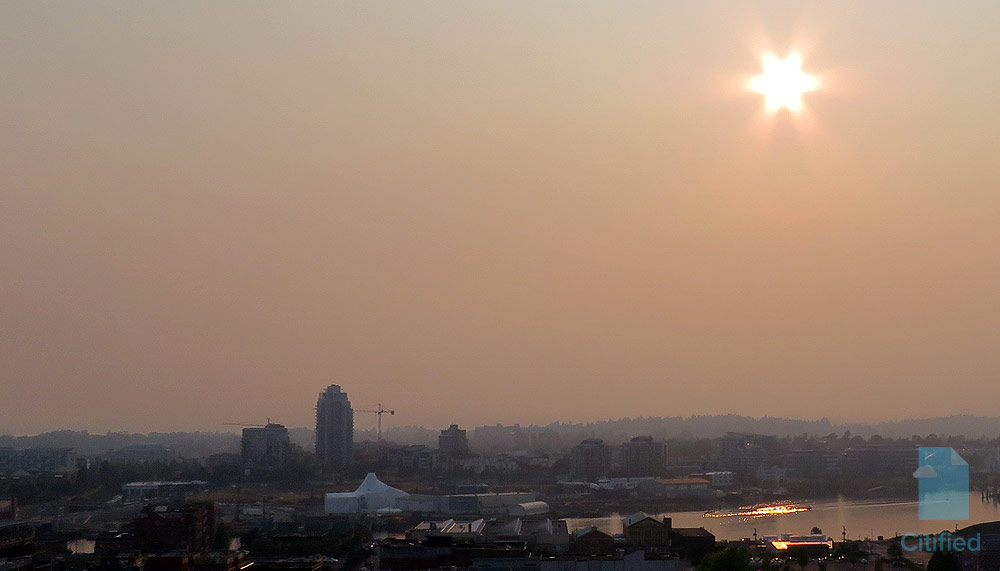 Spanning between Esquimalt Road to the south and Bay Street to the north along Vic West's harbourfront, the 15-acre Dockside Green development is reportedly in the process of being acquired by Vancouver-based Bosa Development. Bosa Development is the same firm that recently purchased and restored Victoria's iconic Fairmont Empress Hotel.

Sources tell Citified the operators of Dockside Green sought purchase bids from approximately a half dozen qualified developers with the wherewithal to take on as large and complex of a development undertaking as the 15-acre mixed-use residential, office, retail and light industrial project.
The winning bid, according to sources familiar with the bidding process, was submitted by Bosa Development to the tune of tens of millions of dollars. The terms of the sale, the exact purchase price and VanCity’s future input on undeveloped parcels have not been disclosed. [Full article]

I think undisclosed price is much better then "tens if millions of dollar".

"Tens of millions of dollars" sounds a little too Dr. Evil.

Will they go back to the city and upzone and will the city let them change some of the green bits on the building requirements?

That's a great question. We'll have to wait to see how they wish to proceed.

As long as it's not more of this. 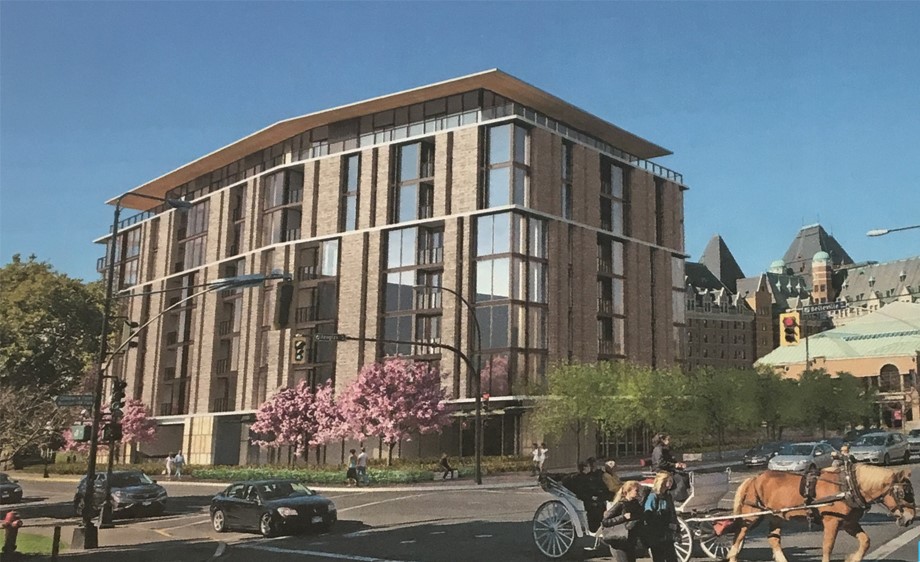 But more of this - Bosa's towers in downtown San Diego...

I'll take a Bayside, a couple of Grandes and an Electra please...and maybe a Pacific Gate once I see the finished project.