What's absurd to me is the way the author thinks that low density housing near the downtown core is how we can best mitigate climate change. How is it more environmentally friendly to ensure that fewer people are able to live in one of Victoria's most walkable neighborhoods? Clearly this "environmentalist", as she calls herself, is misinformed as to how cities need to change to reduce CO2 emissions.

She's no environmentalist. A NIMBY in hemp clothing is still a NIMBY.

I understand the concerns of longtime Fairfield residents who may be worried about the effects of new development in their neighbourhood. It’s one of the most desirable neighbourhoods in the city to live in due to its proximity to downtown and relative quietude compared to other areas nearby.

Fairfield is also one of the most desirable areas in the city due to its higher density. People NEVER mention this, because they just can't get their heads around it. They refuse to come to terms with it. If a higher density neighbourhood is convenient, comfortable, and quiet then why should anyone worry about higher densities? Density is not the antithesis of desirability. Never was, never will be. Density can be done poorly, sure. But if everybody likes Fairfield then isn't that strong evidence that density has been done well in Fairfield? Just continue to follow the Fairfield model and there should be no problem.

If you are a homeowner in Victoria and have been for several years, take a moment to think about what it would be like if you moved to Victoria now. With housing prices entirely unaffordable for new graduates and an almost zero per cent vacancy rate for rental units, there is a dire need for change.

Sigh. For almost 60 years we've been saying this. We'll be saying it 60 years from now, I'm sure. Every day is the first day all over again.

Seriously, these are the headlines almost exactly 50 years apart:

"Squeeze Is On: High Density Inevitable"

"We need greater density to deal with housing shortage"

It's nice to see NIMBYs are alive and well in other jurisdictions too. They even use exactly the same language to oppose densification projects.

...a 63-unit project proposed for 1805 Larch St. in Kitsilano, has already faced significant community backlash. ..Most identified themselves as having owned homes in the area for decades, who opposed the project. Of the first group of speakers, only one, who was noticeably younger than the other speakers and identified herself as a Kits renter, spoke in support...The proposed five-storey rental building, directly across the street from Hovan’s four-storey condo building, has caused him “sleepless nights,” he said, “worrying about how this massive development … is going to infringe on my privacy and property rights.” The neighbourhood, he said, has been “thrown into enormous upheaval.” Following Hovan’s remarks, NPA Coun. Sarah Kirby-Yung asked him if he thought there might have been neighbourhood opposition to his four-storey condo building when it was built 22 years ago...“When we bought that place,” Hovan replied, “the real estate people said: ‘There is no way they could rezone west of Larch. … I guarantee it.’” “Now, I can’t go back and sue the real estate agent. It’s too late,” Hovan said. “But no, nobody was upset that my building was built.”...

Here's the Google Earth view to see the current make-up of the neighbourhood. 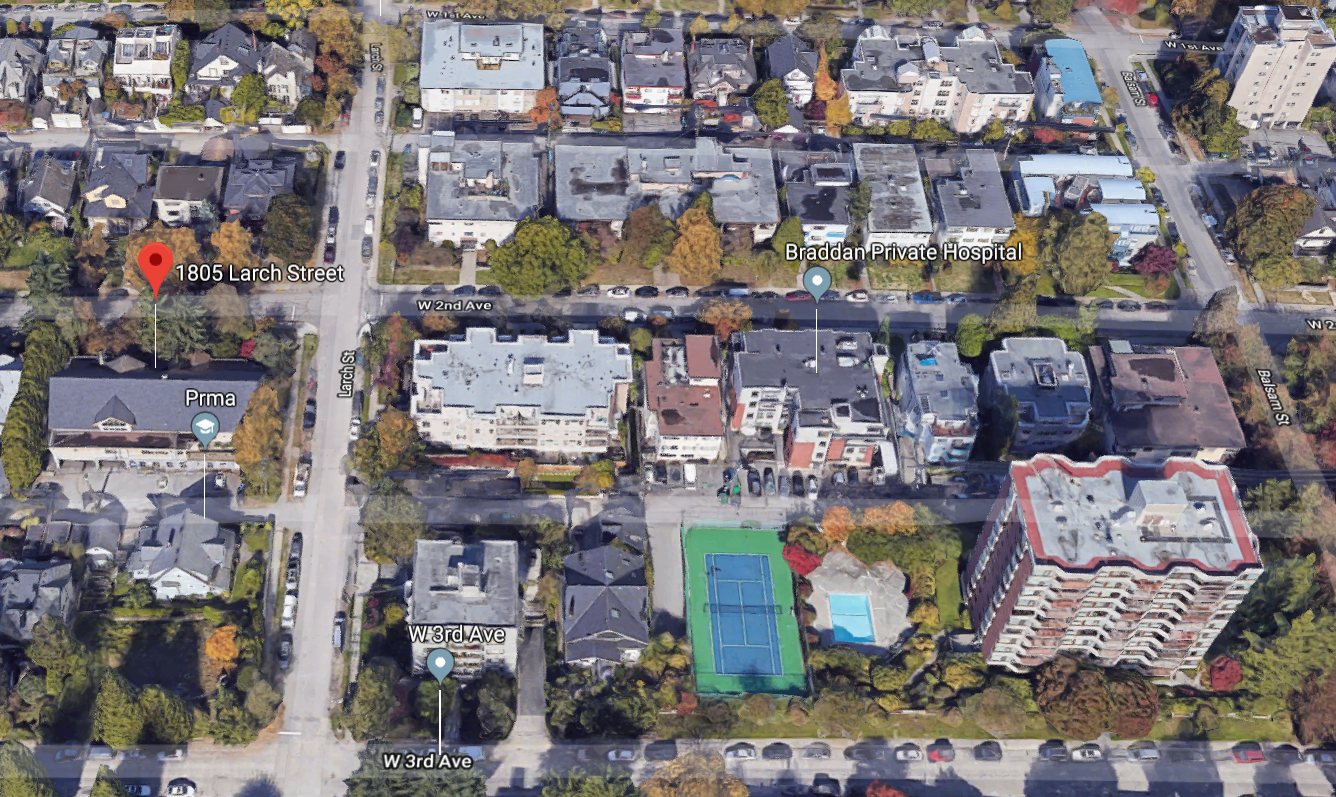 ^ You missed the part where they complain about a huge increase in vehicles using the lane after they demanded that the project include more parking....

When I see these sorts of angles on the northern part of downtown I always have the same reaction: just keep doing more of this good stuff. There's a wide range of heights, styles, colours, and vintages. Individual buildings aren't trying to not be seen. Many of them are showing off distinctive personality, and yet no building dominates. No era dominates. It's eclectic. It's about the district and not about one standout thing or one standout period.

Be diligent about sticking with suitably urban styles and suitably urban materials, of course. Encourage smaller footprints so as to emphasize that texture and granularity. Avoid twinning or repetition. Fill in the parking lots and empty holes, and extend the patchwork further up Douglas all the way to Bay/Hillside. 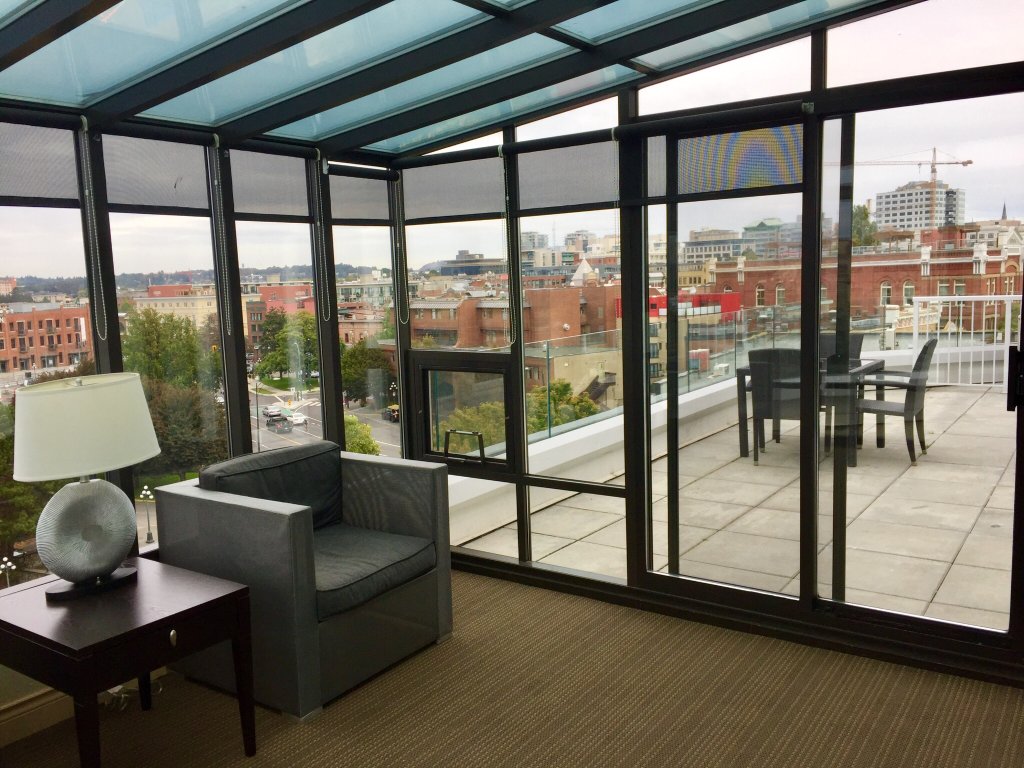