I will quibble with this; their local knowledge was profound and extensive. Oral knowledge of peoples, landmarks, weather, trade routes and navigation techniques memorized and passed on was as good or better than what could be captured in a book.

I appreciate your appreciation of native knowledge, but c’mon, this is just not so. There’s no scenario in which oral transmission of info is more accurate or effective at transmitting knowledge through generations and among cultures than the written word (or maps or ledger books or personal diaries or sketchbooks of explorers etc.)

Sure, first nations had an extensive depth and breadth of local knowledge needed to survive. But nothing about the fact it was orally transmitted is an enhancement over the written word. Written words are a better system of storing and sharing info, full stop. If natives had written language they would’ve used it (and wouldn’t need to rely on the written records of the churches who ran the IRS today).

^In a general sense you are correct, a written language is a superior method of storing knowledge and it can kickstart a civilization's advancement out of the hunter-gatherer stage.

But it brings with it its own set of complications.

If everything you need to know about navigating the Salish Seas is in the noggins of your crew, what happens when you begin to transfer that information into a written format? Is is carried in the canoe? What if the book is lost or destroyed? Once oral tradition diminishes, power rests in the hands of those with access to reading and writing abilities like in Medieval times. Providing this ability to the whole community is challenging and didn't happen in Western society until relatively recently.

I think that maps would always be useful. did the natives here have any idea whatsoever what was over the rockies?

^I think it was limited to second-hand information gathered from trading partners. The Rocky Mountains were a big barrier to trade and technology sharing.

Knowledge was prioritized on a need-to-know basis. The book "Guns, Germs and Steel" goes into how so-called primitive culture could be more sophisticated than it appears to us and that new technology could be adapted from other cultures if a demonstrated benefit could be shown.

Well now you're conflating two different systems of passing down essential knowledge. It's not about facts that get corrupted over time--it's about the process of acquiring knowledge and refining it over time.

Written words are a better system of storing and sharing info, full stop.

Several threads on Vibrant Victoria would seem to challenge this assertion.

I've always felt that the Provincial Museum had stunning First Nations exhibits. The actual First Peoples gallery is breathtaking for folks seeing it for the first time, and still amazes me every time I get to the third floor of the Museum.

I get that the displays related to logging, fishing, "discovery", mining, and the general history of the white middle class aren't related to First Nations at all, and may indeed highlight instances of colonialism ... but for pete's sake that's all still a part of the history of the B.C. ... at least it's a part of the B.C. that I (and 5 million other British Columbians) live in.

Sure ... massage the First Nations gallery with the consultation of actual First Nations folks, return some stolen artifacts to those First Nations that want them back ... but let's not conflate a museum intended for all British Columbians with some misguided and feeble effort to "make good" on the general bad treatment assorted governments and churches have put upon First Nations in Canada over the last couple of hundred years.

That this "timely announcement" from the RBCM is made during the ongoing residential school debacle isn't a coincidence, and indeed it has more than a bit of a "jump on the bandwagon" feel to it as far as I'm concerned.

Museums around the world are constantly accused of similar "ignorance of history" by those who feel they're not adequately represented. This is largely because museums are built in contemporary times, by contemporary governments and societies, and they tend to reflect a contemporary vision of the world.

The 4,800,000 British Columbians who aren't First Nations want to see their Provinces entire history displayed at a Provincial Museum ... the 200,000 First Nations residents of B.C. already (and rightfully so) receive billing at the RBCM far in excess of their population numbers.

In any museum which purports to represent the full history of B.C., balance must be maintained ... both in square footage, and in focus.

I don't know what is in store for the museum in the long run.  For a segment of the population, it's existence in any form is offensive.  It's name, it's content showing a period of time where there was colonization, and it has displays that outline the history of white people.

You are going to have activists examining each piece to decide if it should be discarded, hidden like the John A Macdonald statue or have the history rewritten.

.......For a segment of the population, it's existence in any form is offensive.

My previous posts here (and elsewhere) demonstrate that I'm very supportive of First Nations issues ... but I also understand that it's important for those whose job it is to record (and re-tell) history to always maintain a balance, to accept that it's the year 2021, and to understand that not every resident of B.C. wants a Provincial Museum that's primarily focused on viewing the entire history of B.C. through a First Nations lens, especially if that lens is solely focused on highlighting the misdeeds of the evil, colonizing white man.

There are lots of folks in B.C. who want to visit their Provincial Museum in order to understand what their ancestors and relatives lives were like working in the fishing, mining, and logging industries in B.C. ... and these folks should get, and indeed deserve an accurate re-telling of the history they're interested in learning about.

Although I remain very supportive of First Nations issues, I'm also keenly aware that therein lies the potential for massive overreach, if not outright abuse, from both militant First Nations, and SJW white folks with an agenda they wish to shove down he throats of all British Columbians, including those whose interest in the history of B.C. is far different than their own.

SJW's who undertake to re-write and re-interpret B.C.'s history in some twisted, nonsensical effort focused not on an accurate re-telling of B.C.'s history, but rather on acquiring their university doctorate.

I'm equally not interested in having B.C.'s history "manipulated" by the RBCM Board and management in order to appease an unidentified segment of a single digit percentage of B.C.'s total population.

One of the benefits of only having an oral history is that history can then become whatever you want it to be as there is no record to contradict it. I don't know for certain but I would imagine that local FN schools don't teach that 25% of their population where slaves, that the average lifespan was 35 years and that instead of an idyllic existence doing arts and dances, life was basically waring tribes struggling to survive a sustenance lifestyle.

Although room is limited at the RBCM, a progression of the FN life through the generations would be a better representation of what is there today and what most great museums do with their local history. That way FN could acknowledge their past while showing the progression to today with academics, entrepreneurs and thought leaders to inspire you while recognizing their culture.

Infrastructure B.C. Inc. will give $1 million to each of up to two unsuccessful bidders for the design-build contract for the Royal B.C. Museum’s new ­building in Colwood.

The $2 million will go to partially offset the cost of preparing bids in the request-for-proposal stage of the process. 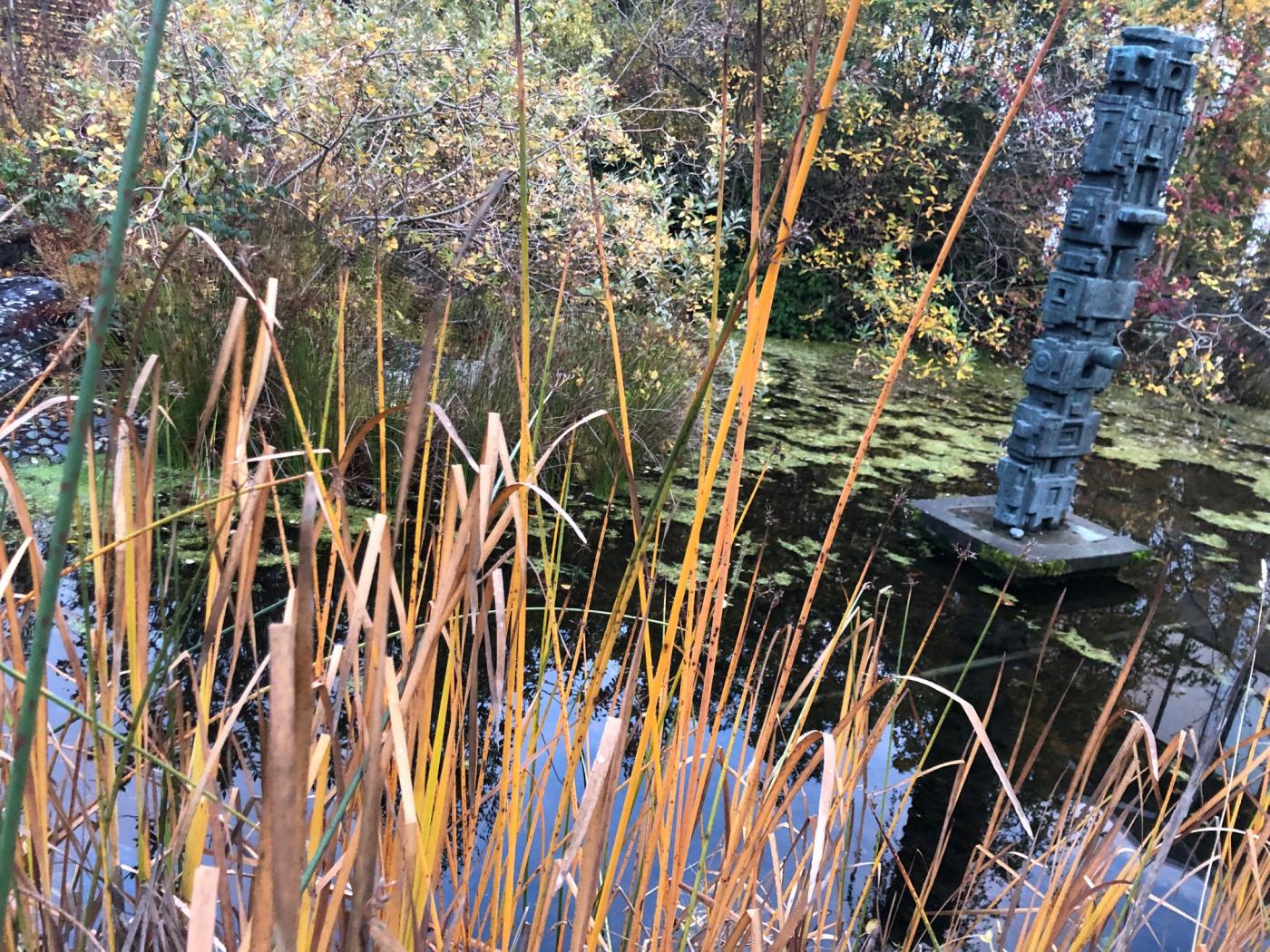 Decolonization of the museum’s galleries is “important and long overdue,” says acting CEO
https://www.timescol...-begins-4719972
The Royal B.C. Museum plans to close large sections of its third-floor galleries in January to start the process of “decolonization.”

That means many exhibits in the Becoming B.C. Gallery chronicling early European settler history — such as Old Town, the logging and fishery industries and Capt. George Vancouver’s ship, Discovery — could disappear.

it's the most popular part of the museum.  seems silly to kill your money-maker.
hopefully the last person to de-colonize turns off the lights as we leave the province/country.

It's pretty obvious that this is the beginning of the end for the museum, as it's the third floor that's the only reason most locals ever make repeat visits to the museum, and is the show-stopper for first time visitors.

That museum management has utterly lost their way is painful to watch for long time residents and supporters of the museum, and the eventual disfavor the museum will fall into with rank and file British Columbians will no doubt lead to some sort of closure, and yet further re-examining of the need to pander endlessly to a small percentage of the population of B.C.

If you were to ask folks from out of Province, they'd tell you the museum was chalk full of First Nations history ... but that they enjoyed the entire museums arching demonstration of the history of B.C. as it is, and was  experienced by everybody who lives, or has lived here.

...The Royal B.C. Museum plans to close large sections of its third-floor galleries in January to start the process of “decolonization.” That means many exhibits in the Becoming B.C. Gallery chronicling early European settler history — such as Old Town, the logging and fishery industries and Capt. George Vancouver’s ship, Discovery — could disappear. The museum’s acting CEO, Daniel Muzyka, said decolonization of the museum’s galleries is “important and long overdue.”

So not all the crazy people are walking the streets of Victoria; some of them are overpaid bureaucrats.

Absolutely saddened to hear that the old Town and associated exhibits may disappear.  Since I was a child they have fascinated me and hold fond memories.

Absolutely saddened to hear that the old Town and associated exhibits may disappear.  Since I was a child they have fascinated me and hold fond memories.

i'm not kidding when i say looking into the ship "water" fascinated me as a kid. 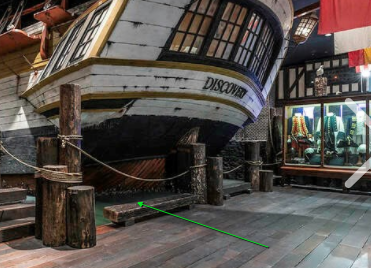 the small things.  i also played in a fridge box too.

Is this why the museum was called racist?  Because it had displayed of early Victoria?