The censorship is plainly obviously targeted and not universal, but that isn't even the point. Publishers are allowed to make editorial decisions like that. BUT, bye bye section 230 legal protections. Twitter has made their bed and will lay in it

Most of those twitter users get banned, actually. They appear to have made an exception for Trump, though. Which is sad, since he should have been banned many years ago.

meanwhile, Colin Kaepernick is talking about a violent revolution on twitter.

meanwhile, Colin Kaepernick is talking about a violent revolution on twitter.

Yeah there are literally countless "DEATH TO WHITES" tweets all day that get thousands of likes and shares.  Apparently doesn't glorify violence though 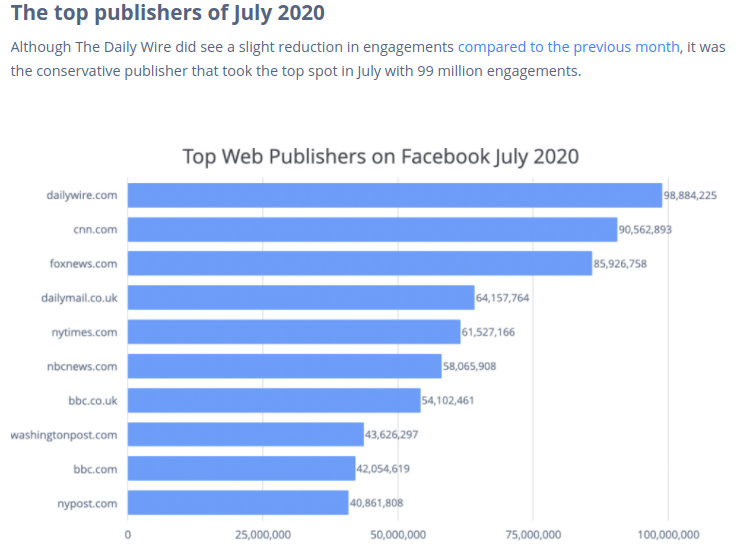 The newly spunoff Telus International counts consulting firms, IT companies and traditional contact centres as competitors, but also works on high-tech projects such as moderating social media and building bots. 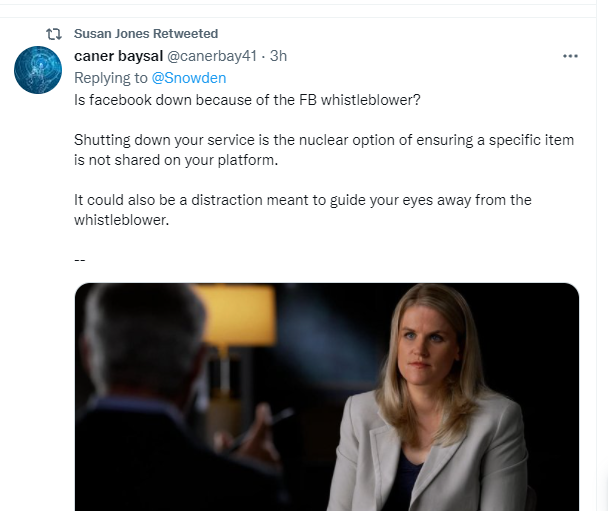 Facebook shares fell nearly 5% on Monday after the company suffered its worst service outage in about 13 years, and a day after “60 Minutes” aired an interview with a whistleblower, who accused the company of betraying democracy.

The market was broadly down Monday, with the tech-heavy Nasdaq Composite dropping over 2%. The decline was particularly sharp among social media stocks, as Twitter, Snap and Pinterest each fell more than 5%.

One of the better explanations. This does not rule out the possibility that the config change was deliberate, by the way (if you want to put your tin foil hat on):
https://blog.cloudfl...acebook-outage/

^That link appears to be broken. or is that a clever joke?

The deal is expected to provide about $400 million in proceeds to Rumble, the company said in a statement.

Why it matters: Rumble has become the favored YouTube alternative for Trump-type Republicans, claiming 36 million average monthly users in Q3 2021.

Details: The deal includes a $100 million PIPE and the ability for existing Rumble shareholders to earn additional stock based on price hurdles of $15 and $17.50. Toronto-based Rumble's VC backers include Peter Thiel, J.D. Vance's Narya and Colt Ventures.

Bonus: Trump's own social media SPAC deal is seeking up to $1 billion in PIPE financing, although it's been tough sledding, per Reuters.

The bottom line: Wall Street is cashing in on so-called "cancel culture."

I don't want to read another headline about the blender box cats unless one of the cats gets in the blender another one turns it on.  To the "liquify" setting.

Incessant repeating of the same story by the junior journalist in each bureau is what journalism is all about.

This is a news story these days?

Back to Online Media