One driver injured, two vehicles ‘a total loss’ after collision in Metchosin 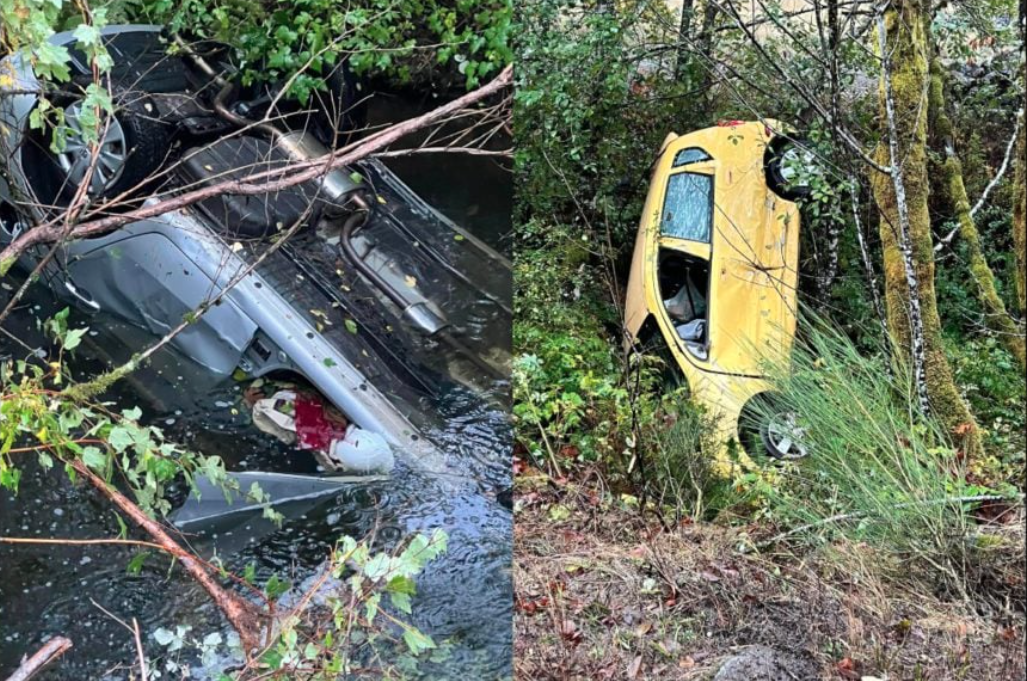 A police investigation is underway after a collision in Metchosin left two vehicles badly damaged, including one that landed on its roof in a nearby creek and the other upright against trees.

The crash happened around 3 p.m. on Happy Valley Road near Neild Road and according to tow-truck driver Dave LeQuesne, it was a call he had never experienced before.

“It was raining very hard at the time, and that corner is known for vehicles to go off-road into the creek,” LeQuesne said.

Both drivers exited their vehicles and while one declined medical treatment from paramedics, the other was taken to hospital with minor injuries, RCMP say.