Am I understand this right? You won't be able to go northbound across the intersection?

It's not clear but I seriously doubt that.

Am I understand this right? You won't be able to go northbound across the intersection?

Well, of all the movements that has other easy alternate routes, that would be the one.

There are two blue lanes in the design on both McKenzie and Admirals. And the Admirals portion clearly has a right onto the TCH. So it's not becoming a one way road and it's still going to have full cross-TCH access.

I am not convinced this image even originated from the Ministry of Transportation. In the bottom right corner it has the name of Dick Faulks who as far as I know is a local rail advocate (not a transportation engineer).

I would also be surprised that there would remain a stop light for inbound traffic in the final design.

Entirely possible, and I have no confirmation it came from the province.  All I know is what's in the Saanich News article plus a tweet from Travis that the design I added above was provided to Gorge Tillicum.  He did not say who provided it.

When the province reached out to Rob Wickson about the pending construction of an Admirals-McKenzie interchange over the Trans Canada Highway (announced in July), the president of the Gorge Tillicum Community Association was expecting an ongoing conversation.

Although he now believes the Gorge Tillicum association will have its voice heard at least once more, he was wary until a recent letter.

“There’s going to be a big impact on Admirals, Helmcken and surrounding routes. This has to be done right or it’s not going to solve anything,” Wickson said. “We have a lot of ideas to share with them, I hope they listen.”

Rob Wickson has been opposed to this from the start.  I hope we don't get a watered down interchange that's more about bike lanes than it is for vehicle traffic.

As for the conversation - he wanted a conversation about speed limits too but shut out all his opponents.  May the karma serve him well here.

All I can say is if this is the design they want to go with, it's one heck of a lot of nothing for $85 million.

I can confirm that there is a lot of traffic that crosses north/south from Admirals onto McKenzie and vice-versa. Blocking access in either or both of those directions would cause major problems elsewhere.

Why not base the underpass on the west side of the McKenzie/Pat Bay Highway interchange (mirrored, of course)? Right turns would never have to stop (yield signs).  Longer advance green lights could be given to the left turn for inbound traffic (those cars heading into town and wanting to turn left onto McKenzie) in the morning and to outbound traffic (those cars wanting to turn off Admirals onto McKenzie) in the afternoon.  Yes, there would still be stoplights for those left turns, but you would have more green light turning time than you have at the current intersection, waiting for the straight-through highway traffic.
https://goo.gl/maps/miSbxw5H1mH2

All I can say is if this is the design they want to go with, it's one heck of a lot of nothing for $85 million.

Word is the Ministry has now come out to state that this is not their design.

Maybe Saanich News should have clarified that this was not a design submitted by the Ministry but a design created by the neighbourhood association (which explains why it's so ridiculous). 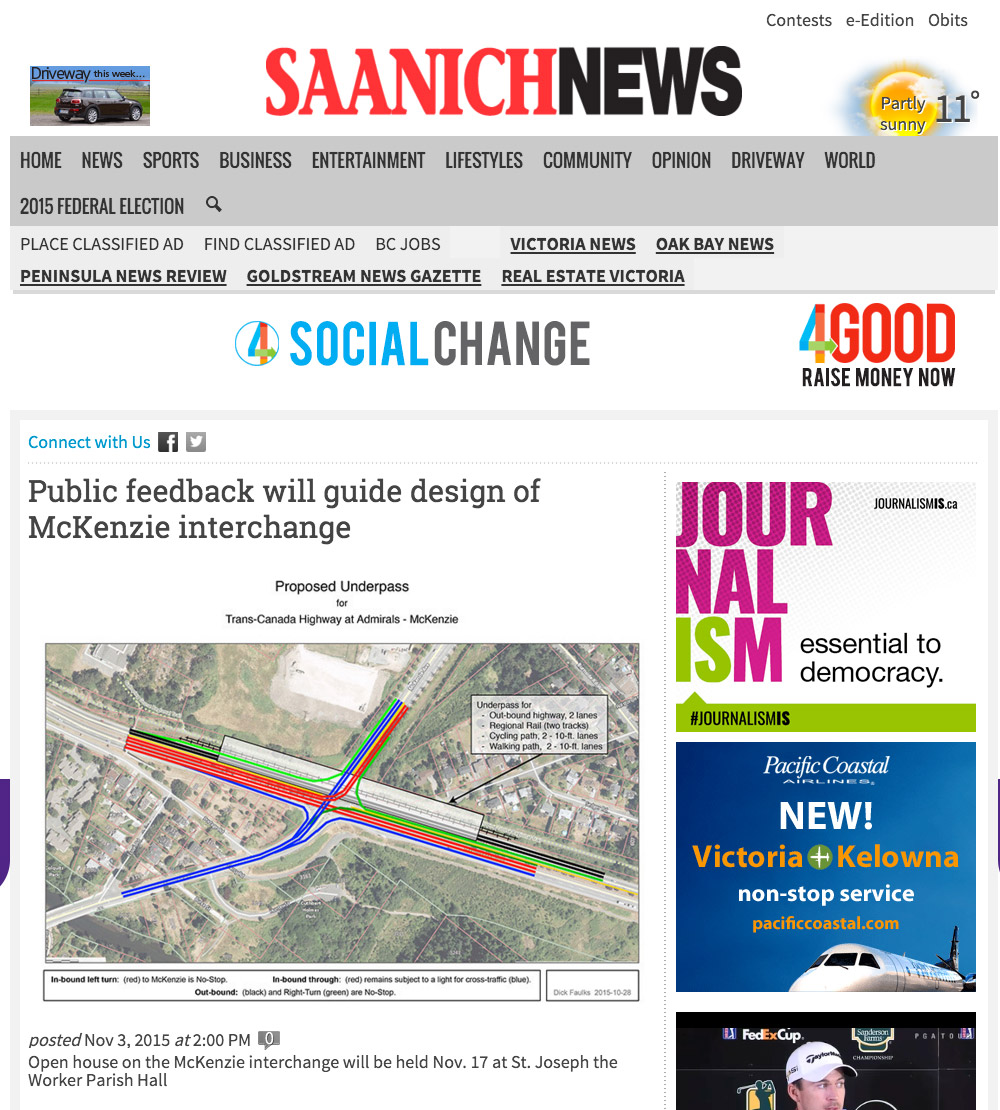 To clarify, this is NOT an official rendering from the ministry. We encourage all those interested in the McKenzie Interchange Project to attend an Open House on Nov 17, 3-7pm, at St. Joseph the Worker Parish Hall, 753 Burnside Road West. Hope to see you there!

Thought so - Thanks for confirming. It just did not feel like an official government design document. Saanich News gets a thumbs down for giving the impression it was legit.

The caption on the Saanich News site now reads:

First look at conceptual designs for the interchange will be available to the open house on Tuesday November 17, 2015 between 3:00 – 7:00 p.m. at St. Joseph the Worker Parish Hall – 753 Burnside Road West, Victoria, B.C.

Here are the design options: http://engage.gov.bc...ptionspaper.pdf

Hmm, looks good, close to what I would have expected. The partial cloverleaf would be optimal for traffic, but I think we'll hear complaints about the land use. No bikes or lights preventing right turns from McKenzie onto the highway north in all designs. cycle/pedestrian overpass is good too.

Here are the design options: http://engage.gov.bc...ptionspaper.pdf

I think only Option 2 would be anything close to resolving traffic issues. Having a stop light for southbound highway traffic to McKenzie would back up traffic onto the highway still.

On the plus side - there appears to be a dedicated bicycle and pedestrian overpass for the Goose.

Also really need an overpass at McKenzie and Burnside 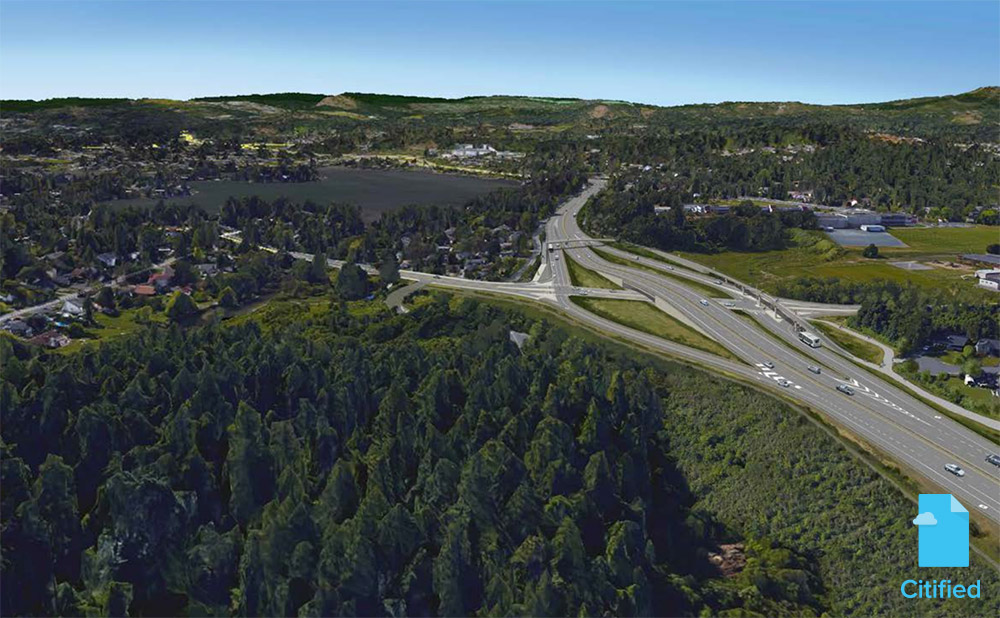 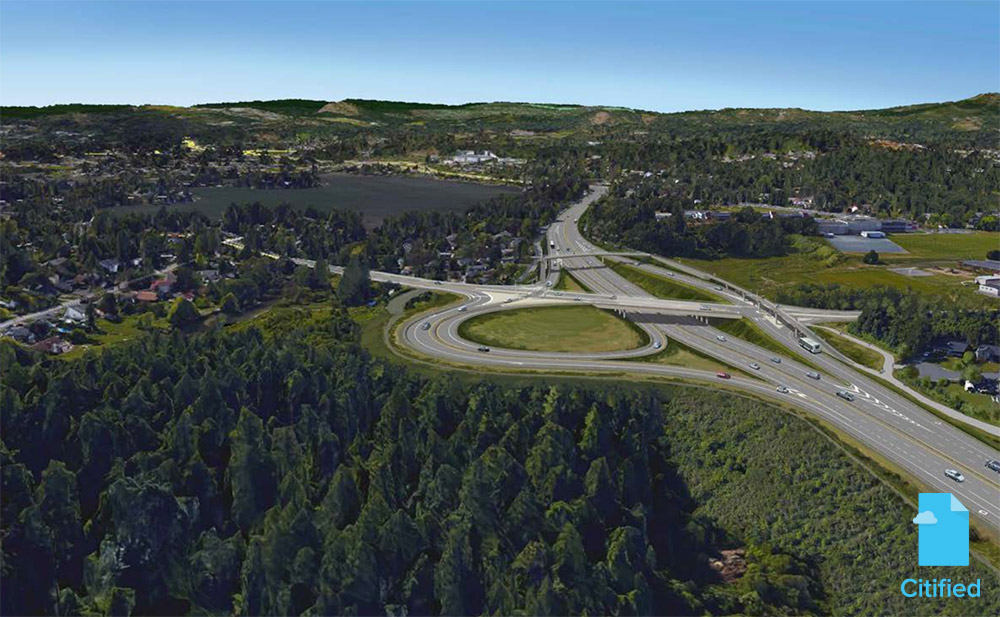 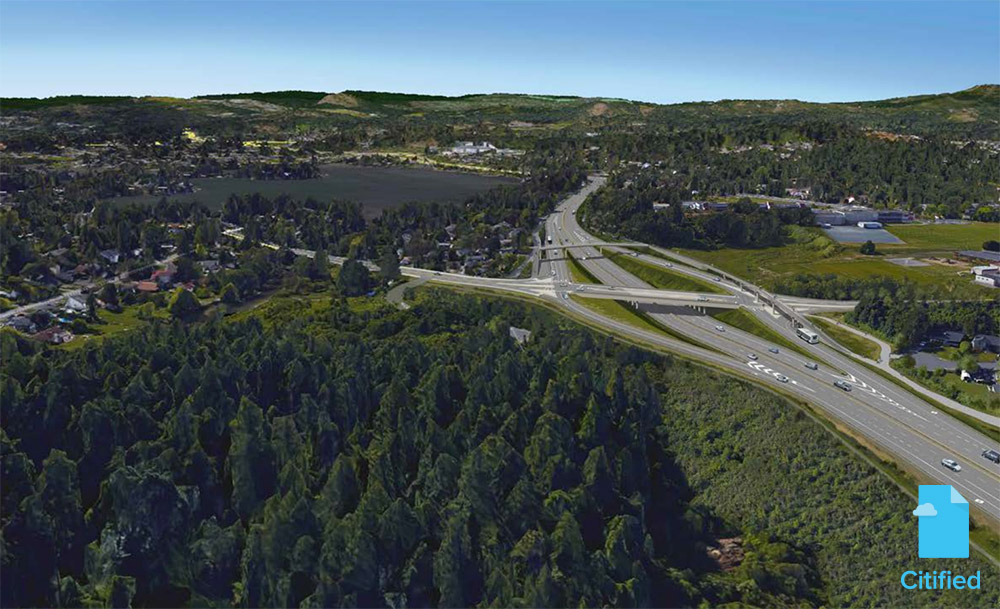