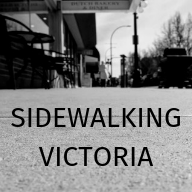 I typed that excerpt above.

Most of the residents of highrise buildings who were asked whether they object to highrises as such, said they didn't. But quite a number also indicated they wouldn't want another high building next to the one they live in.

"That would spoil our view of the ocean," said one lady who lives on a top floor.

They say many highrises are ugly -- this is not the fault of the highrise but the architect that designs it and the municipal authority that approves it.

They say they block the views -- I have yet to meet a man or woman that can see over or through a four-storey (low)rise.

...the total closure of the Maritime Museum of British Columbia and the scattering of its collections would be a blot on the records of the various levels of government that would be impossible to erase...

This letter is to urge public outcry be raised against such a closure, and public support be given for retaining the museum as an irreplaceable historical and cultural asset...

Reid's biggest complaint is that Victoria city council is trying to change rules in midstream. No developer, he says, can afford to plan a project under one set of rules, and build it under another. He also says every developer will take advantage of what the rules will permit him to do.

It's as though the CoV exists in the "Groundhog Day" universe.

Noted camel finds haven
Stone head of camel, which has looked down from top floor of Campbell Building at Douglas and Fort in Victoria for more than 60 years, was salvaged by crane Wednesday during demolition.

Campbell Building is being demolished to make way for new main branch of Royal Bank.


So this one is cool. If you want to see the camel today, you can walk through St. Andrew's Square. 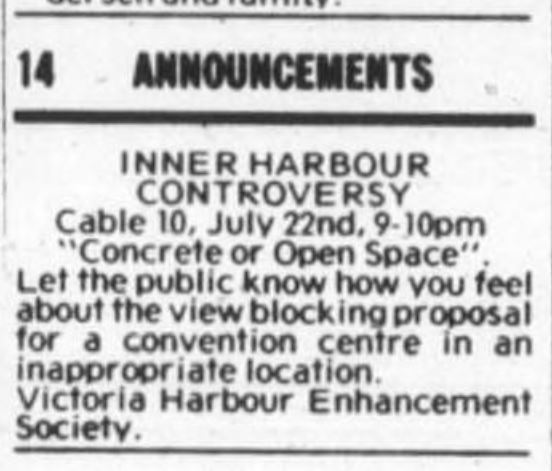 How's that society doing these days? Those parking lots certainly need a bit of an enhancement.

With the current bunch we've got running the COV, don't wish too hard for those two parking lots to vanish ... as the downtown core wold suddenly be (approx) 350 parking spaces short of what's needed to keep the downtown running on a daily basis (both parking lots are pretty much full on weekdays).

I think folks need to just accept that nothing "spectacular" or "cool" is going to happen in the COV while Helps and her fellow odd-balls sit around the Council table trying to figure out what they can ruin next in the downtown core, or how they can further waste COV taxpayer dollars in order to advance their own political careers at the Provincial or Federal level. 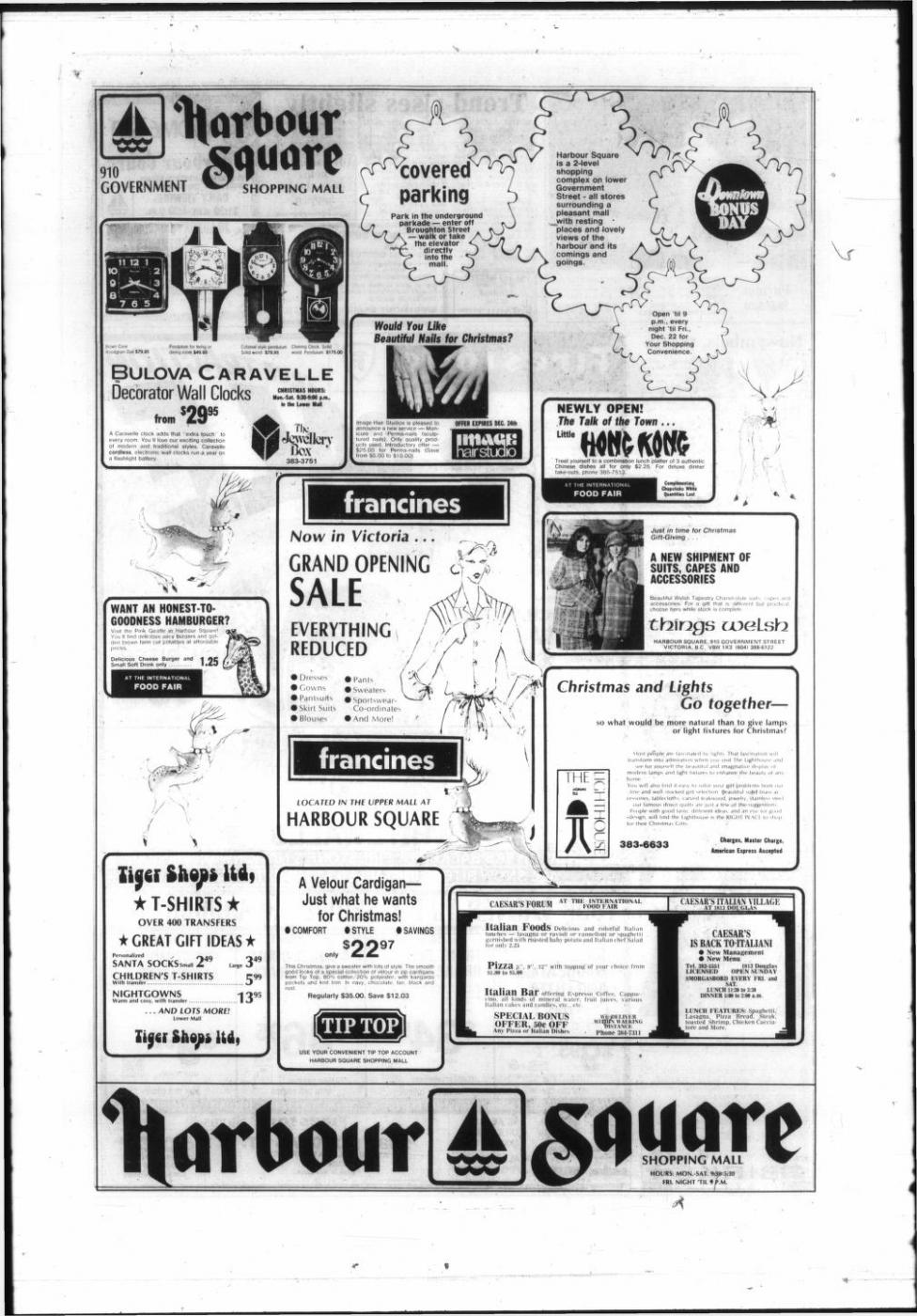 "Things Welsh" should be an SNL skit: "Do you have any Gwllenthawllhlghlln?" "No, but we have some newly arrived Llanglelhethhlegwwthlens".

I'm not sure that a giraffe burger would really qualify as "an honest-to-goodness hamburger", but whatever.

It's funny how prevalent this format was in old Victoria:

Corner of Blanshard and Fort...

Corner of Johnson and Blanshard...

Corner entrance, huge windows, tall windows. I was going to ask, has a modern building in Victoria ever emulated this basic style? I suppose 601 Herald tried to do it. But the ground floor is too short and the pillars come across as being too heavy and wide.

....... I suppose 601 Herald tried to do it. But the ground floor is too short and the pillars come across as being too heavy and wide.

That's a 100% wood frame building dressed up to look like it's a masonry building.

Perhaps to get a taller ground floor and narrower pillars you need the mechanical support of a real masonry building, such as the ones linked to in your post?

That is a pretty significant building to be torn down. Did it sit across Langley where the Post Office building is?

AFAIK, the site is owned by Phillips and they have plans to develop second storey office space. There are building permits issued for seismic upgrades to the heritage structure and conversion of a portion of the building for wholesale distribution, and a building permit under review for an addition. 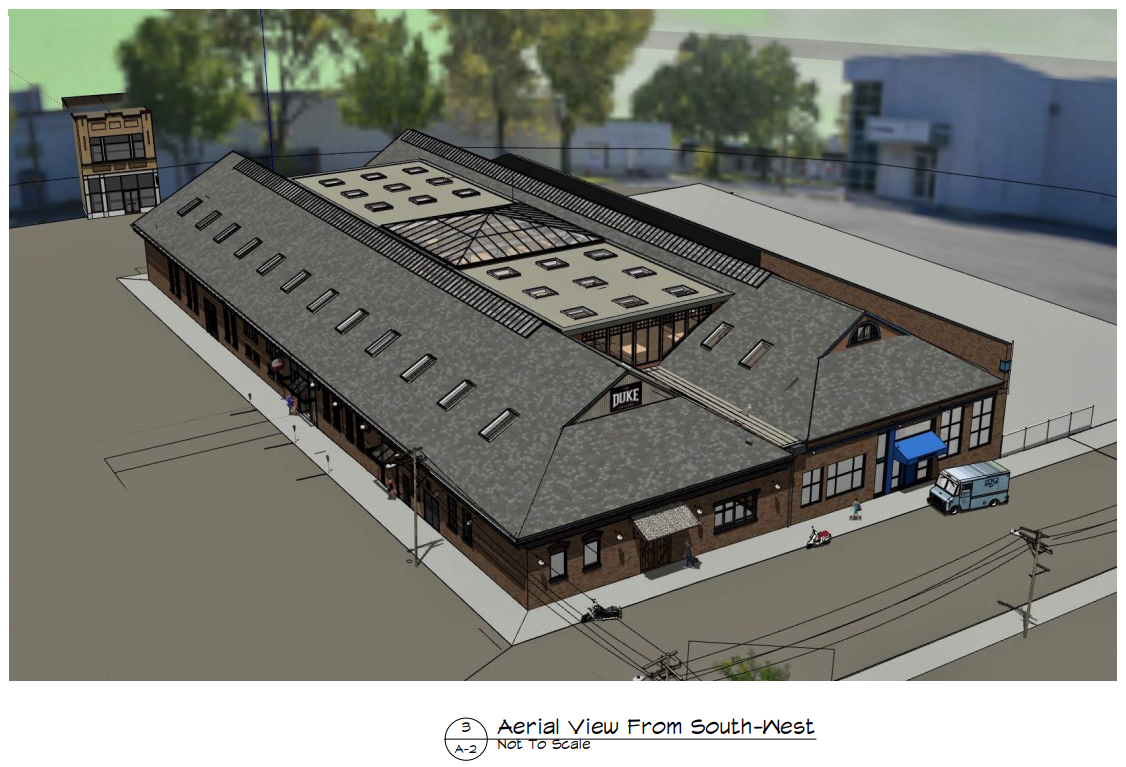 New information is on VicMap regarding the Building Permits. Seems there's now a restaurant proposed in the reno.

About 3,000 artifacts have been sifted from tens of thousands of cubic metres of sea-bottom material dredged up from Esquimalt Harbour.

The treasures include items such as naval shipboard crests and memorabilia, Royal Marine Light Infantry buttons dating to 1885-1887, torpedo-shaped bottles designed to lie on their sides to keep the cork moist, and a ceramic ginger-beer bottle produced by Victoria’s own Thorpe and Co., a soda water and soft drink manufacturer that operated at David Street and Gorge Road from 1899 to 1922, according to the city’s archives.

Caitlin Craig, an anthropology student at the University of Victoria hired to catalogue and care for the artifacts, said the items provide wonderful little slices of life in Victoria in the 19th and early-20th centuries.

From containers that once held tomato-flavoured tooth cleansers to clay pipes with carved human faces and a Second World War gas mask, all the pieces tell a story about past life in Esquimalt.

From containers that once held tomato-flavoured tooth cleansers

colgateTM ketchup flavour i'd go for that. kids would love it too.

Canadian Institute of Planners has announced that Victoria has received an Award For Planning Excellence Merit for the "Old Town Design Guidelines for New Buildings and Additions to Existing Buildings." via https://www.cip-icu....Recipients.aspx

Does that mean the Canadian Institute of Planners will encourage the CoV to accept the 2012 proposal for the Northern Junk redevelopment since that proposal clearly met the Old Town guidelines?

you're not far off, those buildings were the old streetcar barns & they were designed by rattenbury so they aren't going anywhere

AFAIK, the site is owned by Phillips and they have plans to develop second storey office space. There are building permits issued for seismic upgrades to the heritage structure and conversion of a portion of the building for wholesale distribution, and a building permit under review for an addition.

All good, now if only its approved and built in my lifetime....

Either you're getting your wish or you don't have much longer to live... Building Permits for the second floor office and ground floor lobby have been issued

Either you're getting your wish or you don't have much longer to live...

That's the motivational poster in the staff breakroom at VV headquarters.