Victoria, BC – Officers are asking for your assistance as we work to locate high-risk missing person Darcy Morgan.

Thank you for sharing his information.

Victoria, BC – Patrol officers are asking for your assistance as we work to locate high-risk missing 72-year-old man Robert Gray.

Robert is described as a 72-year-old Caucasian man standing six feet tall with a medium build. He has grey hair and a grey beard. Robert was last seen wearing a grey hat, a beige jacket over a Hawaiian shirt, dark green pants, and grey shoes. A photograph of Robert is below.

Robert was last seen in the 100-block of Simcoe Street when he left for a walk earlier today. He has not returned, and due to a medical condition, Robert’s family and investigators are concerned for his wellbeing. Patrol officers are currently working to locate Robert to ensure that he is safe. 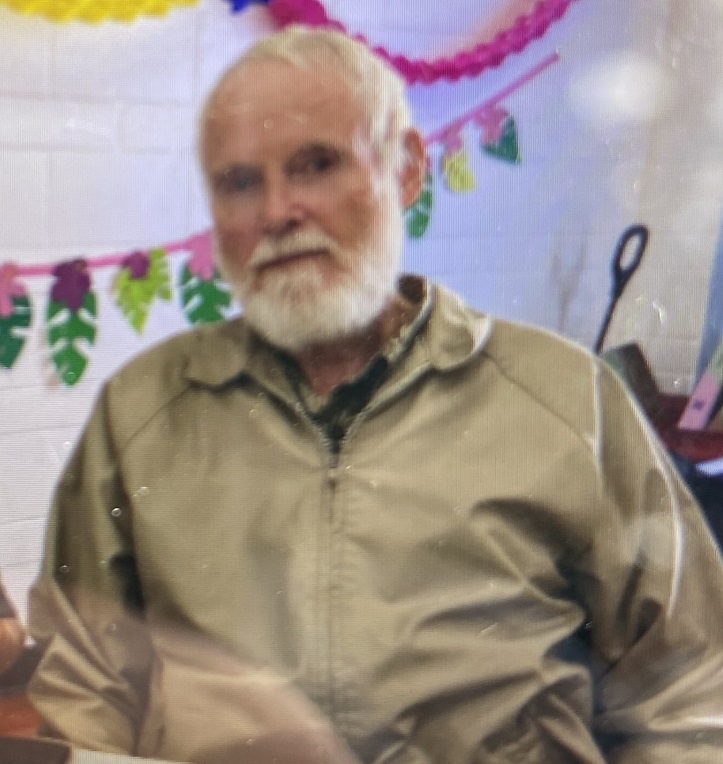 UPDATE | Great news!! Missing 72-yr-old man Robert Gray has been located. He is safe. Thank you for sharing his information! #yyj

Victoria, BC – David Johnstone, who was the subject a missing person search, was found deceased yesterday in Victoria.

David’s death is believed to be non-suspicious. The BC Coroners Service is continuing an independent investigation to determine all of the facts surrounding the death.

The VicPD release didn't say so, but David Johnstone was found in Beacon Hill Park (according to other media).

Worried family members of missing Victoria man Scott Graham are focusing on getting the word out about him via social media networks in Europe.

Graham, 67, was last seen at the Canadian embassy in Madrid on July 15. 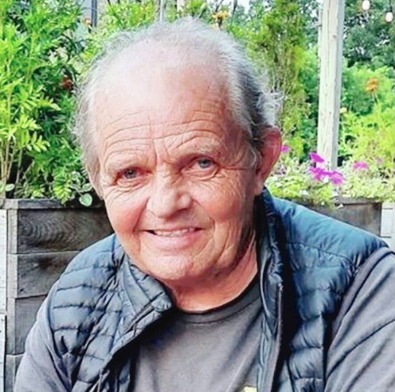 Daughters Kaiza and Georgia Graham and Georgia’s partner, James, went to the Spanish capital more than a week ago in the hopes of finding Scott.

There has been no sign of him so far.

The family is hoping that social media will spread the word through other European countries in the hopes of finding someone who saw their father. They could be hospital workers, social workers, or other travellers.

He was left behind at a rest stop when the bus he was travelling on was driven away, taking his medicine, phone and passport with it.

The family have gone to the Canadian embassy and are working with the national police in Madrid. But they are faced with dealing with layers of bureaucracy and different jurisdictions, which can make it challenging to get information, Kaiza said.

At the Madrid hospital where Scott Graham went after a fall and to obtain get new medication, his family was given a report about his visit. In one part, it said he was administered medication while in another section it seems to refer to a paper prescription, Kaiza said.

“So it is unclear. We don’t have proof that he actually got his medication.”

Even though the family is working with the national police, they can not access databases from hospitals outside their region, “so that’s a huge logistical barrier for us,” she said.

Other police jurisdictions cannot get involved because there is no proof that Scott Graham has been outside Madrid. At the same time, they still do not have proof that he is in Madrid, Kaiza said.
More: https://www.timescol...-europe-5719788

Victoria, BC – VicPD officers are asking for your assistance as we work to locate missing person Jesse England.

Jesse is described as a 32-year-old man standing five feet, ten inches tall, with a medium build. He has short brown hair and brown eyes. Jesse has a distinct tattoo of the words “still here” on the front of his neck. Jesse frequently wears baggy sweatshirts and jeans. Two photographs of Jesse are below.

Jesse last spoke with family on August 7th. Officers are working to locate Jesse to ensure that he is safe.

If you have any information about where Jesse England may be, please call the VicPD Report Desk at (250) 995-7654, extension 1. To report what you know anonymously, please call Greater Victoria Crime Stoppers at 1-800-222-8477. 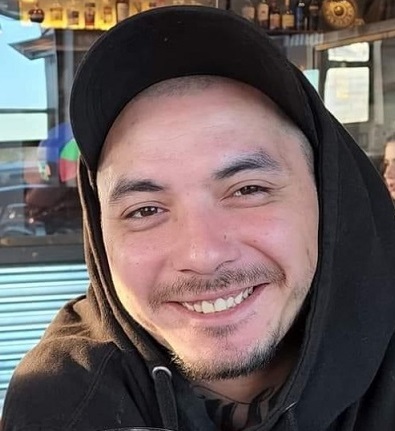 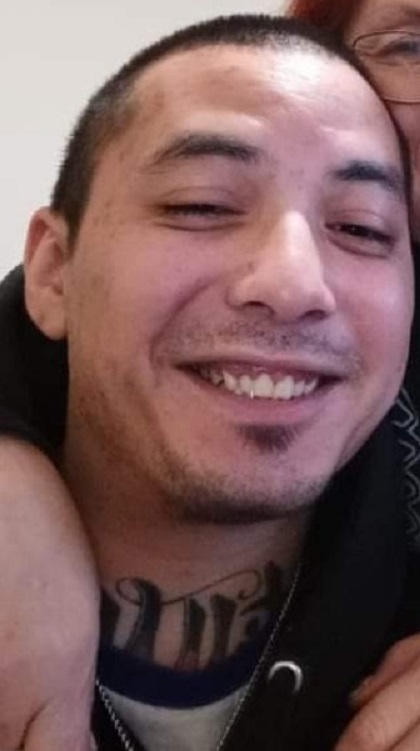 Sunday marks a sombre anniversary for those wanting answers about what happened to a missing Cowichan Tribes man. 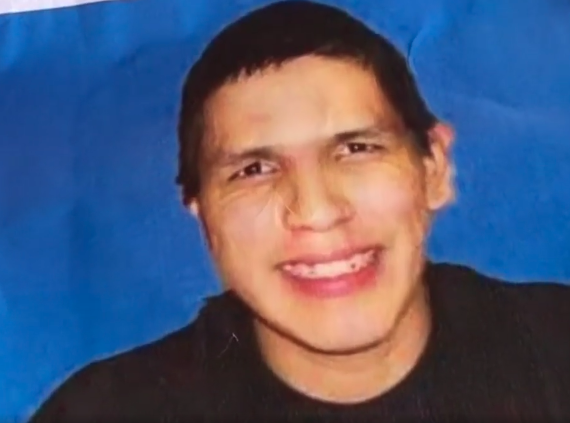 Seven years ago was the last known sighting of 26-year-old Ian Henry and affected family members are worried his case is going cold, as are some other cases involving missing Indigenous people.

Henry went missing in August 2015, but as time has passed there haven’t been answers to the questions swirling around his disappearance.

Henry is one of three missing from Cowichan Tribes who disappeared without a trace. 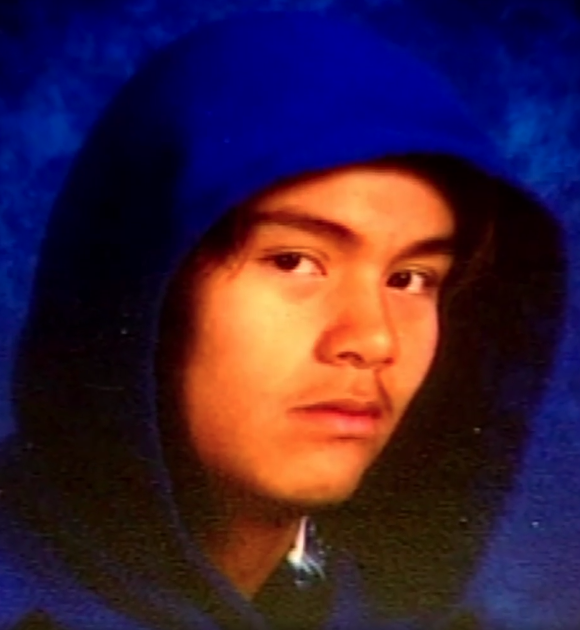 Desmond Peter went missing in 2007 at the age of 14. His grandmother still hopes he’s alive.

“The first year was the hardest cause I was standing alone. My daughter turned to alcohol right away so I had to go and look for him myself,” said Donna Louie, the grandmother of Peter. 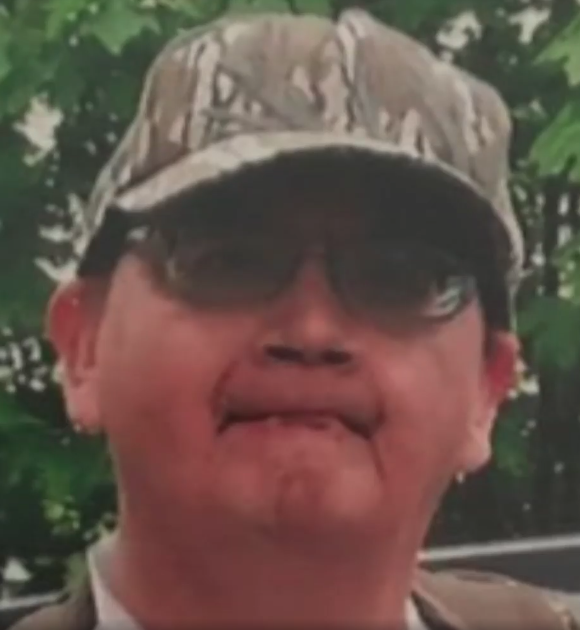 And 47-year-old Everett Jones, who had special needs, disappeared in 2016.

All three weigh heavily on those in the community.

RCMP last updated the community on the three cases in 2017.

Victoria, BC – VicPD officers are asking for your assistance as we work to locate missing person Jesse England.

Victoria, BC – Jesse England, who was the subject of a missing person notification, has been located. He is safe.

Thank you for sharing his information.

Victoria, BC – Officers are asking for your help as we work to located high-risk missing woman Catherine Raig.

Catherine is described as a 66-year-old Caucasian woman, standing five feet, six inches tall with a heavy build. Catherine has salt and pepper hair. A recent photo of Catherine is below.

Catherine was last seen in the 3000-block of Fifth Street in Quadra Village at noon today. Catherine suffers from a medical condition which can leave her confused and unsure of her whereabouts. Officers are working to locate Catherine and reunite her with her family.

If you see Catherine Raig, please stay with her and call 911. 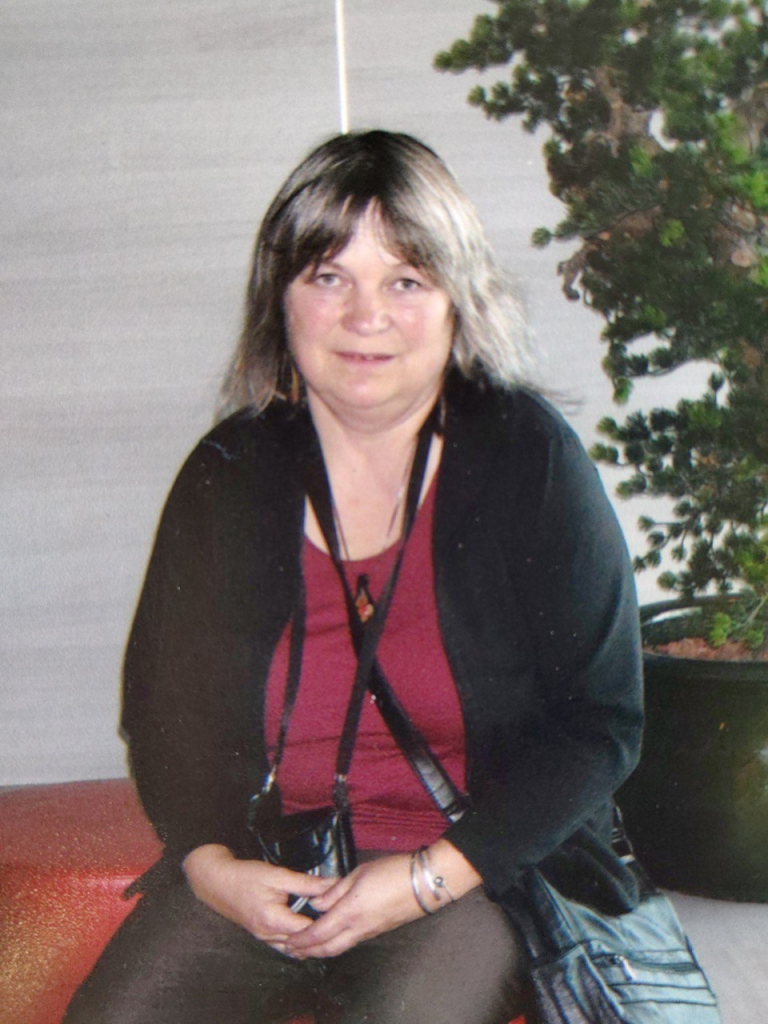 Good news, Catherine has been located and is safe.

File #2022-2530
Central Saanich, BC – Officers are asking for your assistance as we work to locate high-risk missing youth Layla TAYLOR.

TAYLOR left her home in Central Saanich on August 22, 2022 at approximately 4pm. Police believe TAYLOR to be in the downtown Victoria or Esquimalt areas. Officers are working to locate Layla to ensure that she is safe.

If you have any information about where Layla TAYLOR may be, please call the Central Saanich Police Report Desk at (250) 652-4441. To report what you know anonymously, please call @VicCrimeStop at 1-800-222-TIPS. 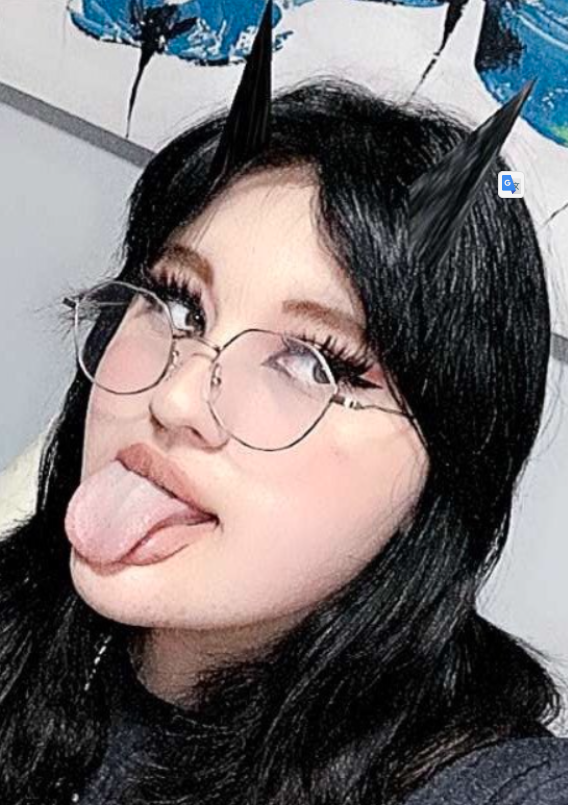 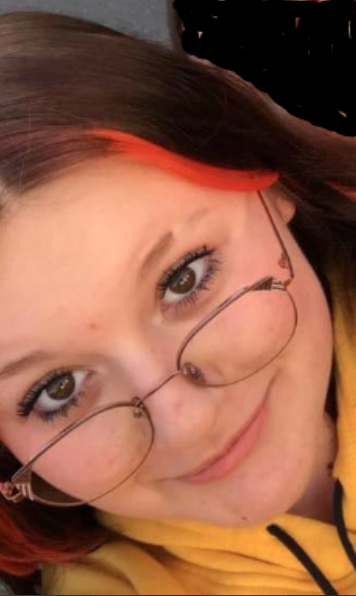 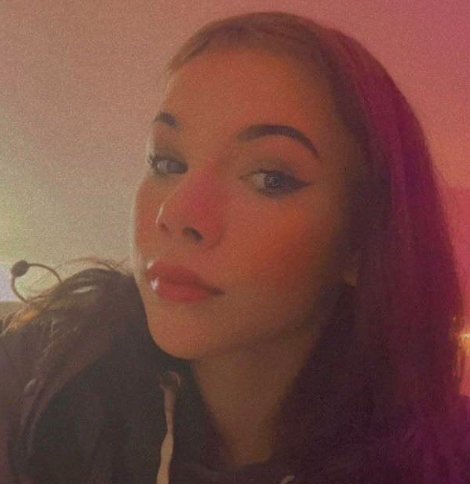 MISSING PERSON UPDATE: Our high risk missing youth has been located. The posts have been removed for their privacy. Thanks to everyone for their assistance #csaan 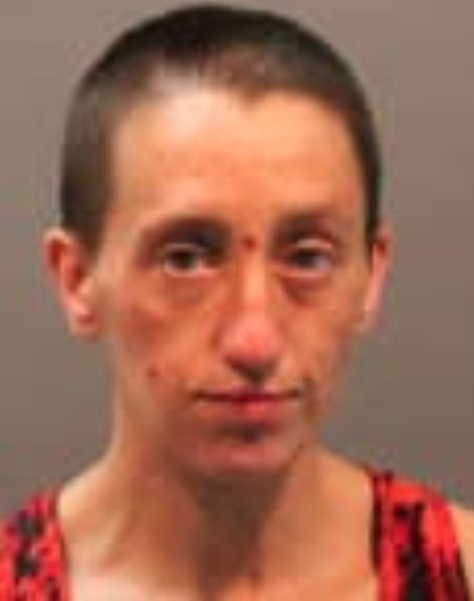 Good news! Zeneah Edwards-Helgason, the 17-year-old female that was the subject of a missing person investigation has been located and is safe. Thank you to all that shared.

RCMP is seeking public assistance in locating Christopher Fisher, who was reported missing on September 6th 2022. 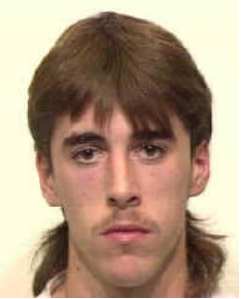 Christopher Fisher is driving a 1987 black S10 pick up truck with the BC license plate of PN1304.

Since Christopher Fisher’s disappearance, police have followed up on several leads and possible sightings, however remains missing. Anyone with information on the whereabouts of Chris Fisher is urged to contact their local police, or Crime Stoppers at 1-800-222-8477 (TIPS).

Victoria, BC – Officers are asking for your help as we work to locate high-risk missing woman Bailey Hinds.

Bailey is described as a 20 year-old Caucasian woman, standing five feet, four inches tall, with a petite build. Bailey has naturally dark blonde hair and blue eyes. Bailey often wears hoodies and leggings. She may also be carrying a large purse. A photograph of Bailey is below.

Bailey was reported missing to officers by her family this morning after a month had passed since they were last in contact with her. It is unusual for Bailey to be out of contact with her family for this length of time and they are concerned for her well-being. While officers do not have specific information indicating that Bailey may be at immediate risk of harm, the circumstances under which she has been reported missing are considered to be high-risk. 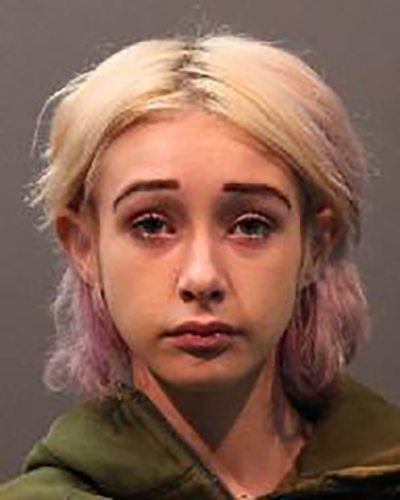