The Saanich Police are asking for the public’s assistance in locating 17 year old Zenaeh EDWARDS-HELGASON.  She was reported missing on Sept 21, 2022, and was last seen at Mayfair mall on Sept 24, 2022 in the afternoon.

EDWARDS-HELGASON was last seen wearing black yoga pants, black hoodie and a nylon Zoo York jacket with white graphics on the sleeves. She is 5’6 with dark brown hair and slender build.

Investigators from our Youth Section are actively searching for EDWARDS-HELGASON. 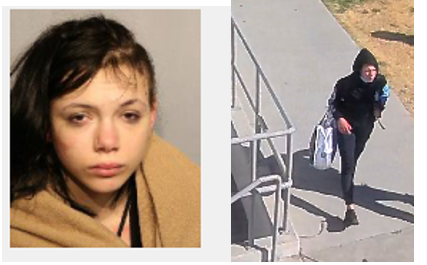 Victoria, BC – VicPD officers are asking for your assistance as we continue our work to locate missing man Jayson Anderson.

Jayson is described as a 51-year-old Caucasian man standing six feet tall with a medium build. He has short brown hair and blue eyes. A photograph of Jayson is below.

Investigators have received an unconfirmed report that Jayson was last seen in downtown Victoria on September 1st, 2022. Officers are working to locate Jayson to ensure that he is safe.

If you have any information about where Jayson Anderson may be, please call the VicPD Report Desk at (250) 995-7654, extension 1. To report what you know anonymously, please call Greater Victoria Crime Stoppers at 1-800-222-8477. 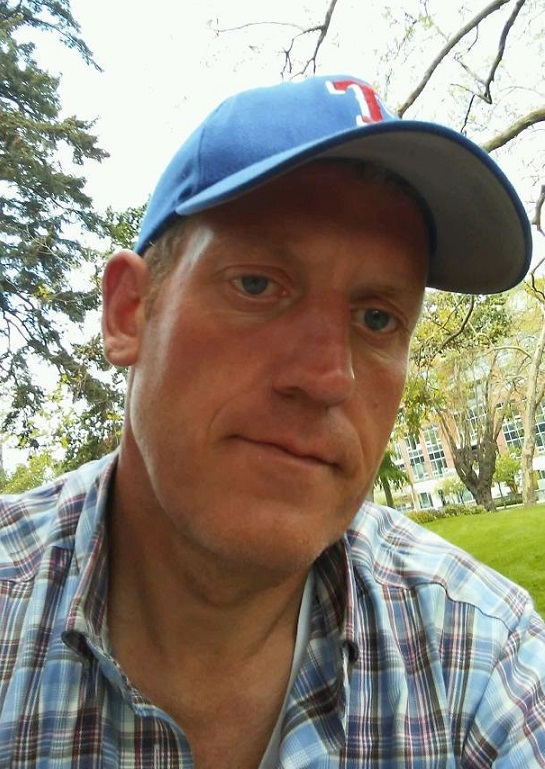 Mackness was last seen at 4:30 pm on September 20, 2022, near Quadra Street and McKenzie Avenue in Saanich. He was wearing blue hospital-style pants and a blue hoodie. He is described as a white man standing 6′ tall with a slender build. He has blue eyes and brown hair.

Initially, the Victoria Police were responsible for this investigation, however as new facts were presented, it was later determined that Mackness was last seen in Saanich. “The Saanich Police Detective Division now has conduct of this missing person investigation. Detectives are working diligently to locate Mackness. Any help from the public is appreciated,” stated D/Sgt. Damian Kowalewich. 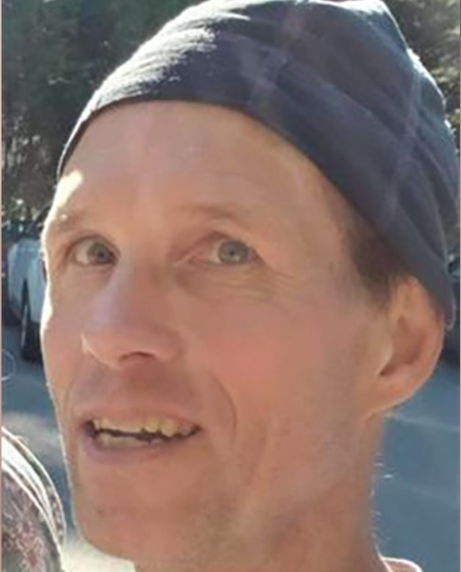 SAANICH POLICE SEEK ASSISTANCE IN LOCATING MISSING YOUNG ADULT
October 7, 2022 - File #2022-18996
The Saanich Police are asking for the public’s assistance in locating 18-year-old Alejandro LEITON-MORALES. He was reported missing on October 2, 2022. LEITON-MORALES is a Hispanic male, 5 9,’ with a slender build and dark brown hair. 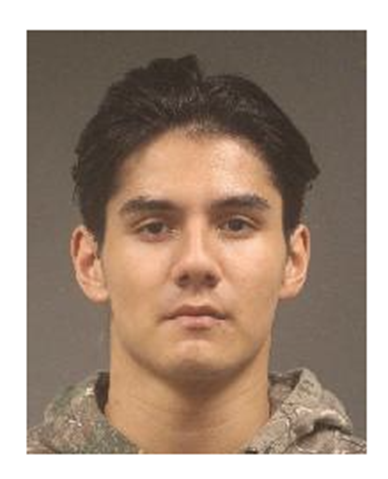 Victoria, BC – Scott Graham, a Victoria man who went missing while in Spain in July, has been located. Unfortunately, he is deceased.

Scott was the subject of a high-risk missing person alert on August 8th, 2022 that was shared in both Spanish and English. Scott had been last seen in Madrid on July 15th and his family were extremely concerned about his well-being.

The circumstances of Scott’s death remain under investigation by Spanish authorities at this time, but are believed to be non-suspicious.

Thank you to everyone who shared Scott’s information and supported his family’s efforts in their search to locate him. Our thoughts are with Scott’s family at this difficult time.

While this is a sad outcome, at least Mr. Graham's friends and family have some sort of closure.

Terrible news. I worked with one of his kids at the OBMG years ago, we still keep in touch. Devastating.

Victoria, BC – Timothy Mackness, a missing man who was the subject of a high-risk missing person alert, is now confirmed to have been located by Saanich Police Department officers. Unfortunately, Timothy is deceased.

Timothy was the subject of a VicPD high-risk missing person alert on September 28th, 2022. During the course of the investigation, officers learned that Timothy had a residence in Saanich. Saanich Police Department investigators took over conduct of the investigation and continued regional efforts to locate him. Unfortunately, despite the efforts of officers from across the region to locate him safely, Timothy was discovered deceased on October 6th.

Thank you to everyone who shared his information in efforts to help locate him. Our thoughts are with Timothy’s family and friends at this difficult time.

On May 29, Tim Mackness crossed the finish line of the Oak Bay half-marathon in a time of one hour, 52 minutes and 14 seconds.

The father of three and friend to many in Victoria’s running community was planning to run 60 kilometres on Dec. 8 to celebrate his 60th birthday.

But the demons he struggled with caught up to him, again, and this time they killed him. On Sept. 20, the alcoholic walked away from Royal Jubilee Hospital in his hospital gown. His body was found just off the Lochside Trail in Saanich, near Quadra Street and McKenzie Avenue, on Oct. 6.

His grieving children, Lana, Leah and Tim, want him to be remembered as much more than the “high-risk, missing man” named in police alerts.

“My father had his demons but he did really great things,” said Tim. “It was difficult, but I always loved being around him. We always loved him.”

Mackness was educated, intelligent and devoted to his Christian faith, said Tim.

No cause of death noted in the article.

A missing camper is being sought by police. He planned to travel to Fairy Lake, then on to Carmanah (which as far as I know, would have required travel via Mesachie Lake, then Nitinaht Lake, before snaking up to the Carmanah parking lot). Some people think Gordon Main is still a through road onto Cowichan Lake but it was closed due to the Fairy Creek protests. Could he have gone out somewhere out there, and gotten stuck?

The Saanich Police are asking for the public’s help locating a missing camper who failed to return home this Friday.

Henry (Hank) Kitchell, 64, ventured out on a solo camping trip on October 18, 2022, and was due back at his home in Saanich on October 21. He had planned to camp at Fairy Lake near Port Renfrew on the first night before heading into Carmanah Park. Investigators do not have any information to confirm that he made it to Fairy Lake.

He was travelling in his 1997 black Ford F-150 with BC licence plate ML4341, fitted with an older off-white camper with red, beige and brown stripes. Photos of both have been provided and are recent.

“The family is very concerned for his well-being and this is extremely out of character for Mr. Kitchell, who has camping experience and researched the area before he left,” said Constable Markus Anastasiades. “We are hoping that someone has either seen Mr. Kitchell or his vehicle and camper over the weekend as we have not had any sightings of either since he left for his trip last Tuesday.”

Anyone with information is asked to contact the Saanich Police Department at 250-475-4321. 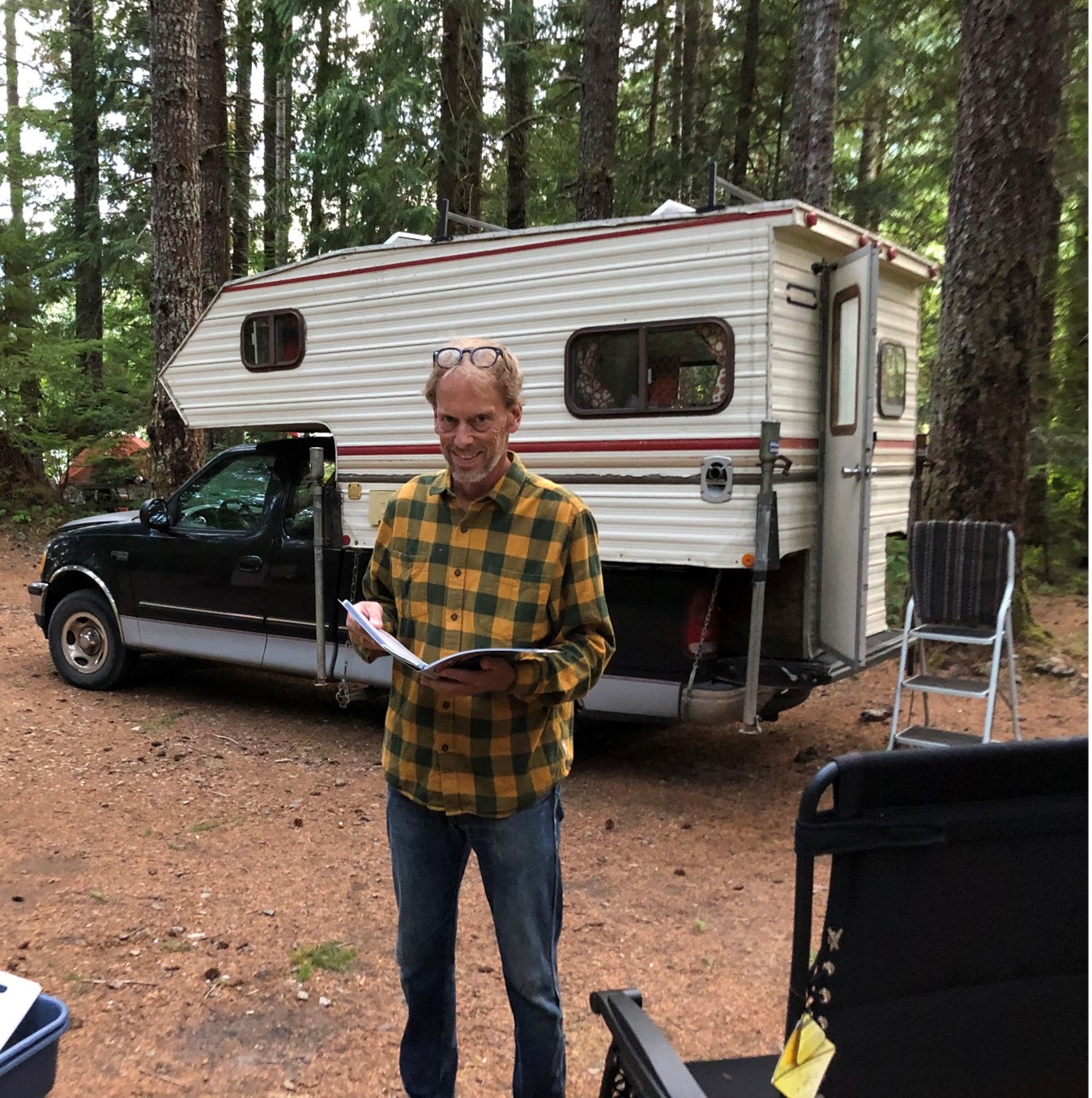 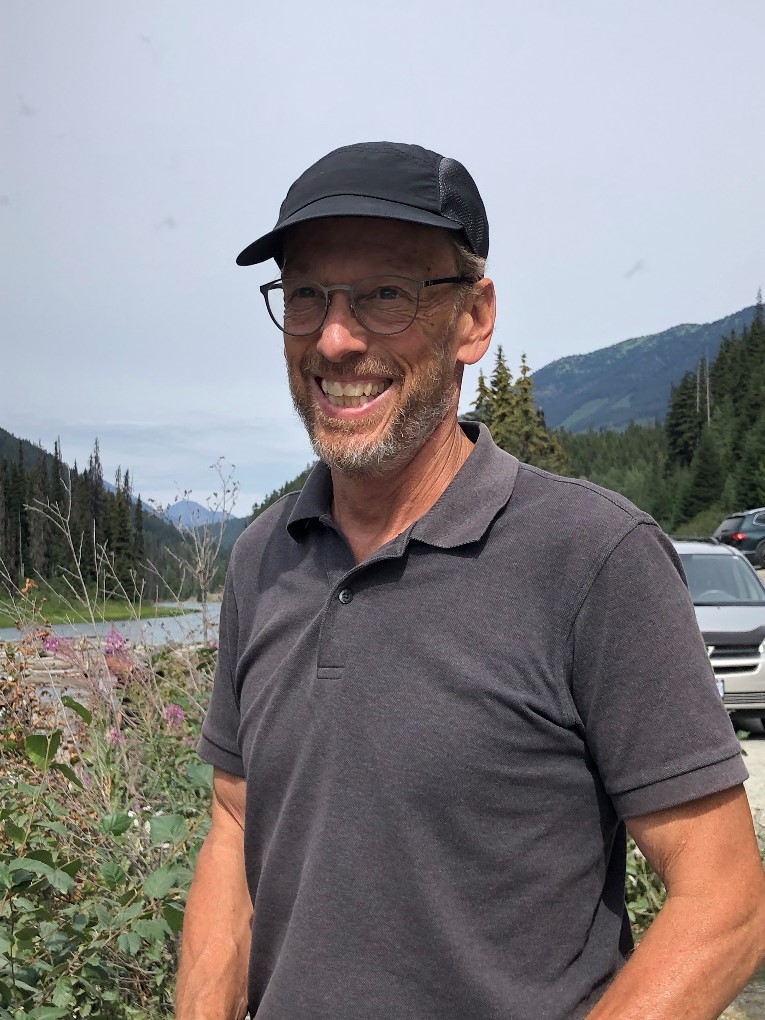 Some tough country out that way, but there are pretty regular users of those roads. Hard to imagine his rig hasn't been located if he's just stuck somewhere... Sure hope he hasn't rolled down a cliff - that's always a big risk on the logging roads.

To get up to the parking lot at Carmanah you have to climb a crazy road.

Heck, I didn’t know an F150 could even haul a camper that large on those roads.

^The gentleman has been found.

Family and friends of Carlos Cea, a member of the Canadian Armed Forces based out of CFB Esquimalt, has not been seen since Sunday evening.

Cea left his Esquimalt residence after 9PM Sunday without his phone, wallet or keys. He did not show up for work Monday or this morning, something that is out of the ordinary.

If you can provide information on the individual’s whereabouts, please call 911. 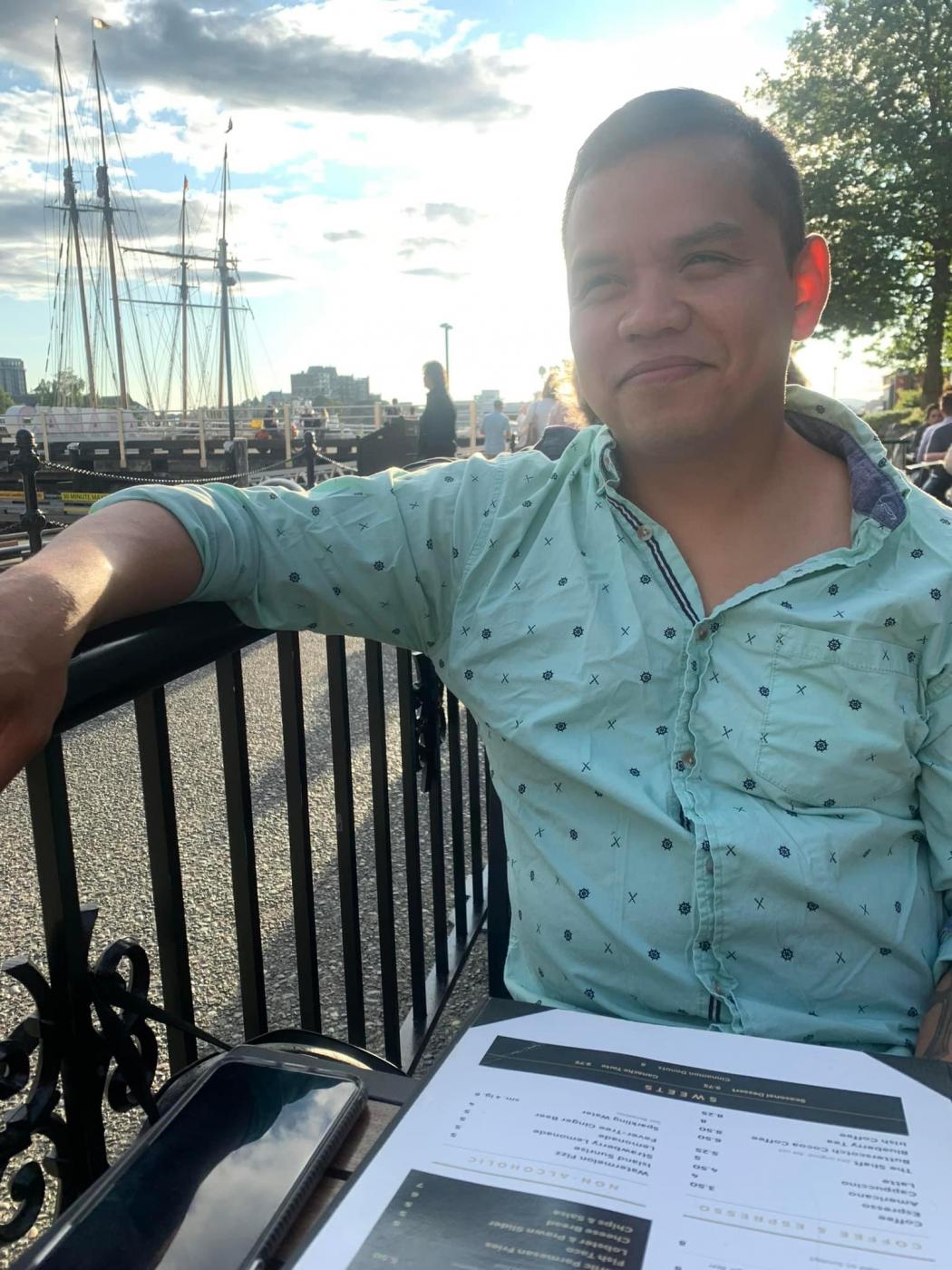 UPDATE: On the morning of Oct. 25, 2022, Saanich police confirmed the missing camper had been found safe near Campbell River, B.C. The original story follows.

That's not really near Port Renfrew.

Police on Vancouver Island are asking the public to keep an eye out for a missing man who has yet to return from a camping trip.

Saanich police are searching for Henry "Hank" Kitchell, 61, who departed for a solo camping trip on Oct. 18 and was supposed to return on Oct. 21. However, he has not returned home or made contact with his family.

I presume you mean Carlos Cea, as mentioned above. A sad outcome.

Navy officer remembered as father, leader after body found near Esquimalt base

A member of the Royal Canadian Navy is being remembered as a loving family man and a dedicated leader after his body was found on Tuesday (Oct. 25).

The body of Petty Officer 1st Class Carlos Cea was found in a wooded area near Work Point in Esquimalt after a thorough search and after he was reported missing earlier this week, the crew of the ship he served on said in a social media post on Wednesday.

“Carlos was a leader in Calgary, highly regarded for his personal dedication and care for others,” HMCS Calgary’s crew wrote. “He spent 18 years and close to 1,000 days at sea in service to Canada. He was a loving husband, a proud father of four and a shipmate to many.”

The post said Military Police are supporting the B.C. Coroner Service’s investigation into the death and no further details will be released at this time.

Dead man found in woods. Perhaps at least we can be assured a murderer is not on the loose?