Putin & Co need to be absolutely convinced beyond a shadow of a doubt that the negatives involved in any Russian military operation against Ukraine heavily outweigh any perceived positive net gains.

Ukraine is one of the most corrupt, inept countries on the planet. The Russians already have their port on the Black Sea, they are not stupid enough to want to inherit another mess. Unlike the Americans they seemed to have learned their lesson in Afghanistan.

Ukraine is one of the most corrupt, inept countries on the planet. The Russians already have their port on the Black Sea, they are not stupid enough to want to inherit another mess. Unlike the Americans they seemed to have learned their lesson in Afghanistan.

On the corruption scale I'll see your Ukraine and raise you one Russia. Which is of course is all really beside the point.

Basically the Kremlin wants what it says: an end to NATO eastward expansion, a rollback of previous expansion(s), a removal of American nuclear weapons from Europe, and a Russian sphere of influence. The Kremlin’s primary goal is a guarantee that Belarus, Ukraine, and Georgia will never belong to a military or economic bloc other than ones Moscow controls and that Russia will be the ultimate arbitrator of the foreign and security policy of all three states.

In essence, this 'conflict' is about whether 30 years after the demise of the Soviet Union, its former ethnic republics can live as independent, sovereign states or if they still must acknowledge Moscow as their de facto sovereign.

Ostensibly, the demand for an exclusive sphere of influence in Eastern Europe and the south Caucasus is to meet Russian security interests. The Kremlin has portrayed NATO expansion particularly to the east as the original sin of post-Soviet international relations with the West that now must be rectified. Facts, alternate interpretations, and the security concerns of equally sovereign nations notwithstanding, Moscow claims that without such guarantees, it will use military force to protect its security interests.

Putin moreover and on more than one occasion has complemented this current buildup on the Russian side with blunt language that Ukraine is historically part of Russia and that Kiev needs to return to the Russian fold. If fully committed, the Russian military is multiple of magnitudes and degrees stronger and more capable than Ukraine’s armed services, and the US and other NATO countries have made it clear they will not deploy their forces to Ukraine to repel a Russian ground invasion.

That all said politically above all it is important for this country to do and more critically to be SEEN by our allies as doing whatever we can to support NATO and its broader geo-political polices and aims particularly with regard to Moscow. In this case stand shoulder to shoulder with Washington, London et al in support of Ukraine.

With his limp-wristed approach to Defence matters generally, and his historically 'look the other way' philosophy on China and the CCP, Sock Boy has already sufficiently damaged our reputation in the eyes of the chief Western Allies, so he really has no choice at this point and I'm sure his senior PMO, Foreign Affairs and MoD/intelligence bureaucrats and mandarins must be turning blue in their collective faces while beating this reality into his thick cranium during the daily briefings.

Russia ($1.4T) essentially has an economy smaller than New York ($1.7T).   And smaller than ours ($1.6T).  Hardly a superpower.   The play is probably some economic move against Europe, that is more scared of their gas cut off than they are of military invasion.

I feel Russia might have lost the element of surprise for their "imminent" Ukraine invasion.

This has always been first and foremost about Putin and not Russia "per se". Among other things many key Russia-watcher analysts all agree he is obsessed with his historical legacy and how he will be remembered in a 100 years, and that is the key. I would be highly surprised if any invasion actually occurs unless someone somewhere does something very stupid.

I feel Russia might have lost the element of surprise for their "imminent" Ukraine invasion.

Nobody in Canada has even heard about it they’re all paying attention to the truckers. As per Putin‘s design.

What does Hillary’s computer science espionage team have to say?

What does Hillary’s computer science espionage team have to say?

Had to know at this stage where this is going but one of the key figures founded UltraDNS which at the time managed the bulk of the world's DNS traffic. The allegation seems to be that the CIA used a company run by the founder to intercept traffic from various Trump properties (including the white house) and then the information was also passed to the Hillary campaign.

Have no idea if this is true but if it is this would be far more significant than Watergate and a bunch of people should go to jail.

Espionage could be coming from any direction or group. Good, bad or ugly. 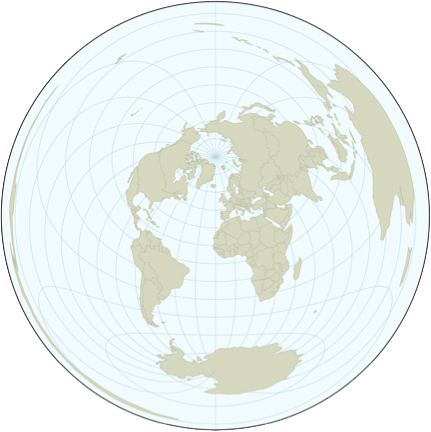 Citizens can get a look at two Canadian warships during a Monday sail past before they leave to take part in Operation CARIBBE with the U.S. HMCS Saskatoon and HMCS Yellowknife are Kingston-class maritime coastal defence vessels.

Citizens can get a look at two Canadian warships during a Monday sail past before they leave to take part in Operation CARIBBE with the U.S. HMCS Saskatoon and HMCS Yellowknife are Kingston-class maritime coastal defence vessels.

I took some photos here: https://flic.kr/s/aHBqjzDggQ

Malyuta and his family will join more than 720,000 residents of rebel-held areas in eastern Ukraine who have received Russian citizenship and passports in a fast-track procedure widely seen as an attempt to underscore Russia’s influence in the region.

Russia threw its weight behind a separatist insurgency in eastern Ukraine in 2014, shortly after annexing Crimea in response to a popular uprising in Kyiv ousting a Kremlin-friendly president.

Putin hasn’t said how he will act on the request but signalled he wasn’t inclined to support the idea, which would violate a 2015 agreement about their status.

Political analysts agree the Kremlin is unlikely to back independence for Donetsk and Luhansk any time soon but will continue to reap political benefits from its involvement in eastern Ukraine.

So much for all those analysts/experts that agreed.

The Canadian Army, for example, has no dedicated air defence to keep soldiers on the ground safe from attack helicopters and fighter-bombers. As former army commander and now chief of the defence staff Gen. Wayne Eyre told CBC News two years ago, Canada relies on its allies for that kind of protection.

The Royal Canadian Navy, with its newly modernized frigates, is hamstrung when it comes to forming task forces because it has no dedicated replenishment ship that can enter a combat zone (the leased supply ship MV Asterix is prevented from doing so by contract).

20,000 people have applied for compensation in the $900 million settlement


20,000 people. What a joke Canada is. We are a bunch of welfare feeding bottom fishes looking for government giveaways.