take a look at that last sentence there. there are still people unable to stop using drugs.

it should read there is an INCREASING number of people unable to stop using drugs. because we’ve enabled it and made it more attractive and have done nothing to try to decrease use.

Sad case of 26 year old electrician who overdosed from fentanyl laced heroin smoked on his lunch break at a construction site in Vancouver.

I agree with the parents about it being poisoning. Such deaths should be treated as intentional poisoning and the dealers who sell it prosecuted with murder.

except that most if not all users know that they are either taking fentanyl or at the very least there is a high probably fentanyl is in there (80%).

The Hedican family paid $13,000 a month for two months for Ryan at the private Edgewood Inpatient Mental Health and Addiction Treatment Centre in Nanaimo, and then $8,000 a month for eight months at Last Door, in New Westminster.

Ryan felt such shame about the costs incurred by his parents that he asked to be removed from their will, which still breaks his father’s heart.

After completing the program at the Last Door, Ryan “had so many plans of how he was going to live going forward in his recovery,” said Hedican.

He returned to work on a construction site in Vancouver, but relapsed within weeks. (Of the illicit-drug toxicity deaths from 2011-2016, about 20 per cent of those who died had recently worked in construction, according to Statistics Canada.)

you don't think he at least learned that in his 10 months of intense rehab?  it's tragic but some people are just destined to die.

You have to hold someone responsible and it can’t be the deceased. I think if selling fentanyl laced drugs carried a potential murder charge that might be a helpful deterrent

You have to hold someone responsible and it can’t be the deceased. I think if selling fentanyl laced drugs carried a potential murder charge that might be a helpful deterrent

i think that burden of proof (who supplied the exact drugs responsible for the death) would be almost impossible to ascertain.

Isn't it all poison? It doesn't matter if it is heroin or fentanyl. The point is that it is all poison and they take it willingly despite knowing the risks. Why would any sane person even try it in the first place?

i think that burden of proof (who supplied the exact drugs responsible for the death) would be almost impossible to ascertain.

Isn't it all poison? It doesn't matter if it is heroin or fentanyl. The point is that it is all poison and they take it willingly despite knowing the risks. Why would any sane person even try it in the first place?


Both good points. Let’s make any selling of any kind of heroin or fentanyl an automatic attempted murder charge

heroin is not fatal.  not dangerous or even harmful long-term when used in appropriate doses though.   so you can't label selling it as attempted murder.  any more than you can alcohol sales. 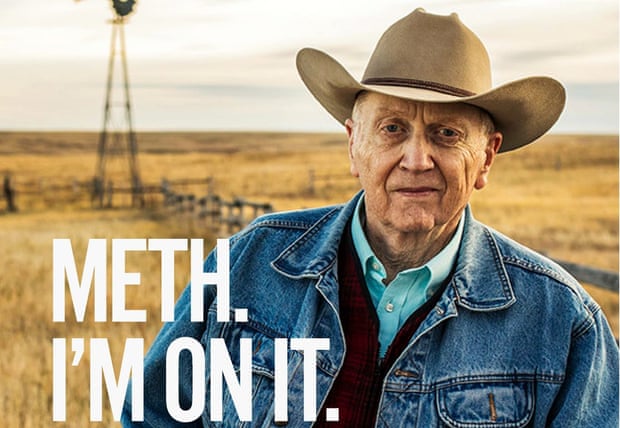 That campaign is no accident.  I know people would love to imagine that "they didn't think this through", but it's honest and the dual messaging is highly effective to catch attention.

However, it might be too clever and overestimate the cognitive finesse of their target (South Dakotans).  That it might be too much for general internet denizens is irrelevant.

it's no accident for sure.  but you are right it might be too clever for itself.  and political correctness if that's a thing in south dakota will get it pulled.

jon williams is a good guy.  did not know this back story about his youth.

Shortly after he was hired by The Zone @ 91-3, radio personality Jon Williams went looking for a sign-off to close out his on-air shifts.

Flippant or ironic wouldn’t do. Williams, 32, wanted his sign-off to mean something, if only to himself. “No one knew of the mental-health struggles I’d had growing up, so I selfishly thought of something that would remind me of a few steps to look after myself,” he said.

When Erik was 17, he lost his father to cancer. He turned to alcohol to cope. Now in his 30’s, he’s still dealing with the loss.

“I’ve been a hard alcoholic since I was about 21. I always just lived with my problems. I never got help.”

Over the past decade, he’s been through several detox and treatment centres and also served time in jail. He fought to stay sober but as soon as he was out on the streets, he would drink and use right away.

“I was like a zombie. I just got so hopeless. I was so sick of being sick.”

A couple of years ago, Erik entered detox. A worker from Umbrella Society for Addictions and Mental Health in Victoria worked with him and offered support. Through the painful process, Erik learned about Foundation House, funded by United Way and how it could change his life.

Erik is one of 11 men who lives at Foundation House. He’s quiet. He’s gentle. He speaks softly. He’s a problem solver and now the senior resident there. For the new members of the house, he’s there to help and to listen.

Sadly, Foundation House has almost as many sad outcomes as happy ones.

you see the issues there right?

a lot of 17 year olds had their dad die.

Sadly, Foundation House has almost as many sad outcomes as happy ones.

From the BC coroners report on overdose deaths:
Almost half of OD deaths occurred in the housing category that includes SROs, supportive housing and shelters.

In the Vancouver Coastal Health area, "other residences" (48 per cent) were the most common place of overdose deaths, followed by private residences (37 per cent) between 2017 and 2019. Other residences are defined as hotels, motels, rooming houses, single room occupancy hotels, shelters and social/supportive housing.

A thoughtful letter in today's TC from someone who understands that the "housing first" ideology is far from enough to help those with mental illness:

...What exists for people who struggle with addiction and mental illness is a last stop “mental health and addictions centre” in Burnaby, which allows people on a so-called “secure ward” to get passes to go into Vancouver and trade sex for meth, and return having been assaulted because of extreme vulnerability...Listen to anguished parents and friends who have decades of heartbreaking real experience, and see the need for drastic action. Put high-minded ideology aside. We’ve had decades of experience, waiting for “the phone call” that says our child or friend is dead...

And like many other addicts, Smith is prepared to do whatever it takes to find and pay for the drug that makes life bearable. That includes "fencing" (acting as a go-between for stolen goods) or finding drugs for other addicts (for a price, of course).

Using and dealing have made Smith a pariah in this small community, even though he grew up here. But the Northwestern Health Unit van is a safe space, free of judgment.

Nurses Becky Shorrock and Jen Carlson, along with family doctor Jonny Grek, recognize addiction as a health issue. The team believes that in addition to dispensing clean needles, wound care and HIV testing, their mobile unit is meant to build trust with addicts who don't feel welcome in doctors' offices, hospitals or social service agencies.

Shorrock said a big part of the team's job is fostering "an environment where [people with addictions] can come and feel like normal people."

Climbing into the van, Smith cheerfully accepted a sandwich and shelter from the rain. He and Shorrock began to joke with one another.

It's a respite from an often tough existence. In the last year, Smith was hit in the head with an axe during a fight (it took 17 stitches to sew up the wound). He has also been mourning the death of his girlfriend, who suffered from health problems indirectly related to drug use. He almost died himself recently from an overdose.

People take crystal meth by either smoking or injecting it. Smith does the latter, which he notes is "ironic." While growing up in Kenora and the nearby Rat Portage First Nation, Smith remembers being "scared of needles."

"I never planned this [life] for myself. It's not something I wanted to do."

That said, he was exposed to drugs at a young age. "The first person to shoot me up was … someone who I looked up to as a younger person," Smith said. "If he was to tell me not to use, then I probably wouldn't have used."

In addition, Smith's father sold weed out of an apartment in Kenora known as "the Office," which he later turned over to his son. Smith sold other drugs, including meth and opioids, out of that unit before the building was shut down.

Smith would much rather have a legitimate job, but when he tries to apply for one, his reputation comes back to haunt him. "Either I won't get called back [or] if I do, and then they … realize I am who I am, then they'll cancel [the interview] or they'll say they overbooked or whatever."

So Smith's life has become a seemingly unbreakable cycle, in which he commits crimes to feed his addiction, goes to jail, comes out sober and then relapses, starting all over again. Without a trace of resentment or self-pity, he acknowledged that jail has been the only place where he's been drug-free for long stretches.

"As much as, like, nobody wants to go to jail, [it's] really the only place where I can grow as a person," Smith said.

ok so he agrees that he comes out of jail sober/clean.  but somehow we have a system that's fine with this guy going back to stealing fencing and dealing each time.  and he gets "supports".

look at him.  he seems like a pretty healthy (physically) 31-year-old that could work and contribute. but i think we enable him.

i mean his name is jory smith.  if he was to move to another town and use john or jody or jake smith he'd be unknown.  he could get a job.

we don't try very hard to cut people off and encourage them to go on their own.