NANAIMO — A scheduled preliminary inquiry shifted to a sudden guilty plea by a man admitting to a charge of advertising sexual services.

Seyed Kourosh Miralinaghi, 20, will be sentenced at a later date for the Feb. 24, 2019 incident in Nanaimo as opposed to potentially standing trial in BC Supreme Court. 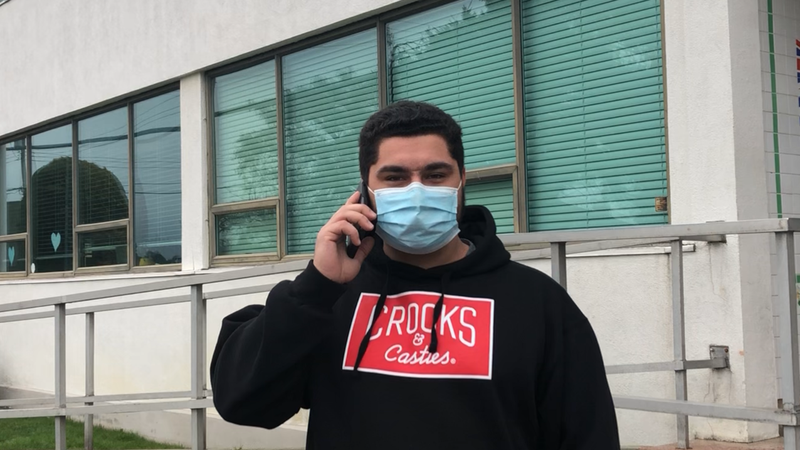 Miralinaghi made headlines over a year ago near Swift Current, Saskatchewan in late January, 2020 when he and four others were arrested and charged with human trafficking offences involving two young women.
More: https://nanaimonewsn...itution-charge/

I'm sorry, am I getting my facts wrong or does Ian Holmes consider 15-year old girls young women?

"A Nanaimo man will spend close to two more years in a Saskatchewan jail after pleading guilty to procuring a 15-year-old girl for sexual ­purposes.

OMG.  I don't know who in their right mind would allow a loved one to work for the Police given the woke trying to kill them through ignorance.

I would say that the best thing for UVIC political distortion is for VicPD to call in sick for a week but that wouldn't be good for anyone.  I don't know what to suggest to fix this.

I do. City council can tell people in favour of defunding to keep a percentage of their property taxes on the condition their home gets put on a VCP no response list under crimes being committed. They'll stop people up to their property line but after that it's a no go zone.

I'm sure they'll be happy to know their taxes will help the mentally ill, the homeless, and those with drug dealing issues.

Win win for all.

I have a lot of respect for Eve Lazarus and the work she does. I did it for a time and it's good and bad rolled up into one. It's some BS, plenty or red tape and a great big heap of sleep deprivation. And sadly there are people who volunteer or take it upon themselves to bring these cases to the forefront whom either have serious issues or want to be the next John Walsh.

But overall there are many good people who do what they do for various reasons. I've known people who had families and wanted to make their world a better place or were related to the victims who were missing or murdered with no killer brought to justice.

I'm sorry, am I getting my facts wrong or does Ian Holmes consider 15-year old girls young women?

"A Nanaimo man will spend close to two more years in a Saskatchewan jail after pleading guilty to procuring a 15-year-old girl for sexual ­purposes.

Either way, one hopes that the judge will see a pattern in Miralinaghi's behaviour, and sentence him toward the upper range of penalties..

Either way, one hopes that the judge will see a pattern in Miralinaghi's behaviour, and sentence him toward the upper range of penalties..

Perhaps it's left to perspective. a 15-year old is a girl to me. If I wrote the article I would use the words "underage girls" rather than "young women".

The term "underage girl" defines a woman by her status as a potential sex object.

The term "underage girl" defines a woman by her status as a potential sex object.

It's fact. They were going to be/were used as sex objects (I only vaguely remember the story now). They were underage by law.

If I were to write the article, I would get a lot more people wanting to write to their local MP using that term in an article instead of young women. The words young women makes think of females in their late teens to 20's range. I am sure I'm not alone in that thought. Until the day I die I'll use the term girls or kids, teenagers etc.

The police use of less-lethal weapons is on the rise across Canada, according to a report from the RCMP.

A less-lethal ARWEN weapon was used on Saturday by Victoria Police, who were apprehending a man who had allegedly just robbed a nearby pharmacy after telling the staff that he had a gun. 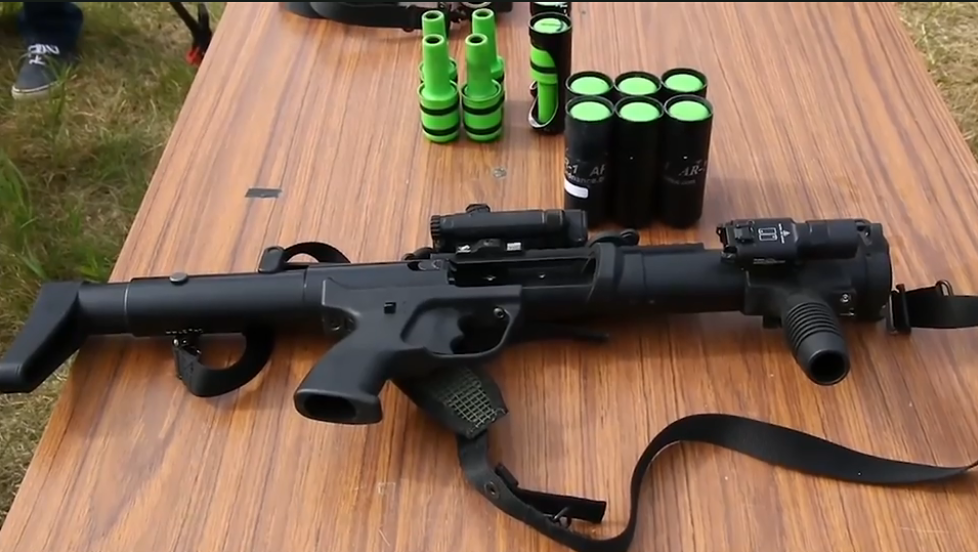 The police use of less-lethal weapons is on the rise across Canada, according to a report from the RCMP.

A less-lethal ARWEN weapon was used on Saturday by Victoria Police, who were apprehending a man who had allegedly just robbed a nearby pharmacy after telling the staff that he had a gun.

Love how CHEK said the reaction was "Mixed" but then said "While there are some negative comments, most are commending the actions taken by the police department."

It'll be interesting how much this incident will be used as firepower against VCP and police in general.

Now CHEK is doubling down, I guess. This is the sort of reporting that erodes sympathy for the media. Creating the news, if you will.

Greater Victoria Crime Stoppers
Dear Suspect
On the day that these pictures of you were captures by BC Transit security cameras, you decided that you’d randomly kick another passenger on the bus.
While the victim isn’t sure why you kicked them, we are sure that someone will know your name and they will tell us who you are.
Seen you soon.
Greater Victoria Crime Stoppers
If you know who this suspect is and you want to tell us his name anonymously, please click the ‘Contact Us’ button above or call 1-800-222-8477. You may also visit www.victoriacrimestoppers.ca to submit a tip online.
SA #21-1505

Remains show cause of death likely not natural

After examining the find, officers determined the people or person likely died from something other than natural causes. that's a hell of a cold case.  it's quite impressive work by saanich police to figure out it was murder (or suicide i guess).  in less than 24 hours.  or a canoe crash i guess.

maybe put those guys on the lindsay buziak case.

I wonder if they do DNA tests or the assumption is that any remains found are FN.

Victoria, BC – A man was taken into custody by Patrol officers today after a City of Victoria Bylaw vehicle was damaged.

Patrol officers were called to Beacon Hill Park after City of Victoria Bylaw officers called 911 to report that a man had smashed their truck window with a sledgehammer. The suspect then fled into the park on bicycle before Patrol officers arrived.

Patrol officers located and arrested the man nearby a short time later without incident. He was released with a court date.

There were no physical injuries.

This incident is still under investigation. If you have information about this incident and have not spoken to officers, please call our Report Desk and (250) 995-7654, extension 1. To report what you know anonymously, please call Greater Victoria Crime Stoppers at 1-800-222-8477.

And to think Ben Isitt condones this sort of behavior.

Why weren't social workers sent to this incident rather than police? Surely they know how to handle sledgehammer wielding maniacs just as well as any officer of the law.

The West Shore RCMP is currently investigating a report of an attempted robbery that took place on Feb 21st, 2021 at approximately 2:30 a.m.

Police learned a man was approached by two suspects while walking along the East side of Veterans Memorial Parkway between Percy Pl. and Larkhall Rd. One of the suspects brandished a handgun and demanded the victim give them cash. When the victim advised they did not have any cash, the suspects both left on foot walking toward the Chevron Gas Station. The victim was not injured.

* Caucasian male;
* early 20’s;
* approx 5’8to 5’10 tall;
* blue eyes;
* wearing a face mask
* had a tattoo under right eye that appeared to continue from below the eye and onto the neck. Tattoo was described as having sharp edges and lines, possibly a
tribal style tattoo.

We are seeking the public’s assistance in identifying these suspects. If you live in the area or were driving by and have dash camera/home surveillance, please check it between the hours of 2:00-3:00 a.m. on Feb 21st. If you think you captured the suspects on your surveillance or know who they could be, please call the West Shore RCMP at 250-474-2264.

You can always report anonymously through Crime Stoppers online or by calling 1-800-222-8477. We have had no similar reports of this nature. This incident was not immediately reported to police and we would like to remind the public to report criminal and suspicious activity right away, said Cst. Nancy Saggar, West Shore RCMP Media Relations Officer.

Mixing ordinal and cardinal numbers when writing dates is a major pet peeve of mine.

When referring to a specific date in the month-day date format, use cardinal numbers (one, two, three) rather than ordinal numbers (first, second, third). This may feel counterintuitive because we normally use ordinal numbers when we “speak” of dates. For example, one would say January first two thousand seventeen but write January 1, 2017. Many people get confused about how to write dates with commas, so here is a rule of thumb: in the month-day-year format (used in the United States), place commas after the day and year...

A 49-year-old Gabriola Island man has been sentenced for dangerous driving causing the death of a beloved firefighter. 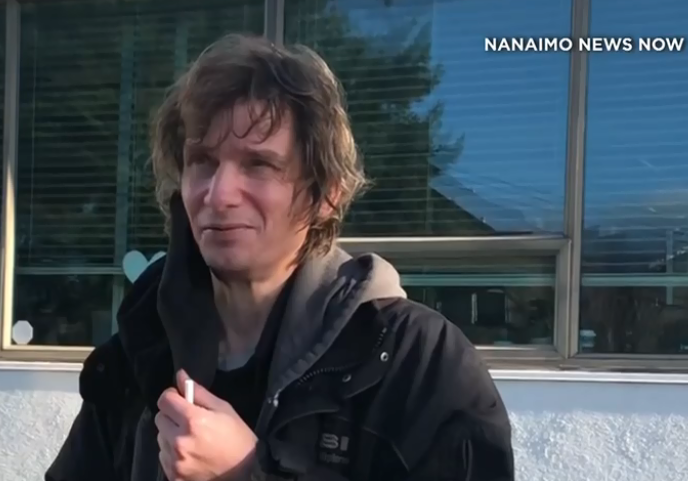 William Goosman pleaded guilty at the Nanaimo courthouse in December in the fatal crash that killed 58-year-old Jay Dearman.

It went across the road and struck Dearman, who was jogging with his running group.

His wife of 38 years, Suzanne, was also part of the group and arrived at the scene soon after. In her victim impact statement, she said she’s suffered from flashbacks of seeing her husband’s body on the road.
“We had a beautiful family and when we moved to Gabriola in 2008, that’s when he started to live his dream that he always wanted to be a firefighter and a first responder,” said Suzanne.

The court also heard Goosman suffers from chronic stomach pain following the removal of a non-cancerous tumour years ago. He was prescribed pain medication which led him to take street drugs. The morning of the dangerous driving and crash his blood-alcohol level was well below the legal limit, but he says he was on prescribed medication.

“[He was on] a recent suboxone prescription that apparently did not fare well. He says he has no recollection of the driving or even of the collision,” said Michael Ritzker, Goosman’s lawyer. 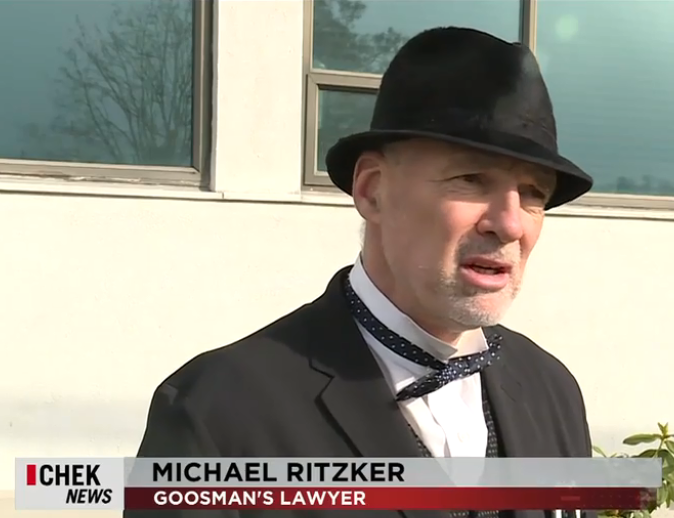 Goosman, who had no previous record, addressed the court Tuesday, saying: “I want to apologize for what happened. I feel absolutely horrible about it and I want to do whatever I can to make up for it.”

The judge followed the joint submission and sentenced Goosman to two years-less-a-day in jail followed by 18 months probation.

“Nothing is going to make a difference as far as Jay goes. It won’t bring him back, but if Goosman can get help that’s the only good that can come of this,” Suzanne said.

Once released from jail, Goosman will also be subject to a five-year driving prohibition.

Headlines like this always seem a bit strange to me. Would the incident have been less tragic if the community had been indifferent to the deceased firefighter or if he'd had no family to mourn his passing? Would Goosman's sentence have been different?