Victoria, BC – Investigators are warning the public after a series of marine thefts in late July and early August. We are also asking for your help to identify a suspect in one recent Victoria boat theft.

During the early morning hours of Thursday, July 29th, a suspect stole a 25-foot Zodiac boat from the Victoria International Marina, located at 1 Cooperage Place in Victoria. The boat was equipped with two new Yamaha 175 horsepower engines. The boat is valued at over $100,000.

Later that same day, at approximately 6 p.m., the boat was located near Slack Point in Ladysmith and recovered by the Ladysmith RCMP. The owner was reunited with their boat. However, the suspect remains outstanding.

Anyone else get the inkling this was less the transportation opportunity of a human being and more for whatever he might've been carrying?

You are not old fashioned you are just sensible.

For a minute there I thought the world had left me behind.

Anyone else get the inkling this was less the transportation opportunity of a human being and more for whatever he might've been carrying?

The study as published in the academic journal, Police Quarterly, Can We Really Defund the Police? A Nine-Agency Study of Police Response to Calls for Service

I have multiple reasons for thinking drug running. There are less officials on the way up to Ladysmith via water than there is by road.

But again, there is always joyriding or quick and easy transport. My bike was stolen for transportation purposes once. The guy took it from point a to point b.

Myself I’d drive a Honda(vehicle) up mid day on a Tuesday. Following all driving regulations.

No, I'm thinking it's a job by the boys from "Animal Kingdom".

Man arrested for being near children, swimming area in Oak Bay

Conditions prevented man from being on any beach in B.C.

Oak Bay police arrested a man for breach of conditions not to be in a public swimming area with children.

An off duty officer reported seeing a man Sunday, Aug. 8 at Willows Beach watching children on the beach. When uniformed officers arrived the suspect left the area. A 36-year-old man was located a few blocks away and arrested for breach of conditions.

He was on conditions to not be at any beach in B.C., and not to be in a public swimming area where children under the age of 16 may be present.

This is going to have quite the back story, perhaps.

On August 11, 2021 at approximately 8:30 am, summer camp staff at Pearson College in Metchosin called 911 to report an abduction in progress from their site.

A man unknown to the staff was on the property, picking up a 7 year old boy. The man was not on the approved list for pick up and was trying to leave in a silver SUV with the child. Multiple staff attempted to stop the man, one even using their personal vehicle in an attempt to block him from leaving.

West Shore RCMP Front line officers responded swiftly, locating the vehicle nearby after receiving a separate report of a suspicious occurrence. With the assistance of a member of the RCMP Emergency Response Team, officers arrested the man and secured the young child without further incident. The boy was physically unharmed and returned to his guardians.

“We wish to commend the staff at the summer camp and nearby residents for their quick actions and reporting,” said S/Sgt. Raj Sandhu, Operations Commander at the West Shore RCMP. “This enabled our officers to respond quickly and appropriately, leading us to the best case outcome, the safe and immediate recovery of the child and the arrest of the suspect.”

The man, who is a 46 year old Sooke resident, is in police custody and presently under arrest for Abduction. While the investigation is still ongoing, police can confirm the man is known to the child, but is not a parent.

police can confirm the man is known to the child, but is not a parent.

almost sure it's a misunderstanding.  and/or the guy was stupid for not just stopping and explaining things.

A misunderstanding that required a swat team to retrieve the child?

A misunderstanding that required a swat team to retrieve the child?

no team.  one guy with advanced skills.

it probably escalated because the guy was stubborn.   he probably quite understandably wondered what the big deal was.  he did not grow up in a time where there were "approved pickups" for kids from camps or school.

Probably mom was at the casino and she asked her boyfriend Randy to pick the kid up.

no team.  one guy with advanced skills. 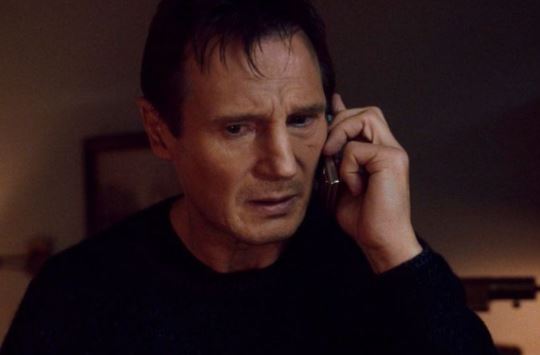 Victoria, BC – Patrol officers are asking for your assistance in identifying a suspect after they located a stolen jet ski, valued at over $20,000, in the water of the Victoria Harbour near the 200-block of Russell Street this morning.

Officers were first called to the waters near the 200-block of Russell Street at approximately 1:45 a.m. when a man was spotted paddling a jet ski there. When Patrol officers arrived, they located the jet ski floating in the water unattended. The suspect had fled.

The suspect in this file is described as a Caucasian man between 30 and 40-years-old, standing approximately 5 feet, 10 inches tall with a medium build. He was wearing all black and a black ball cap at the time of the incident.

This file follows a series of marine thefts, which has included the theft and recovery of boats, outboard motors and other marine gear. Officers are asking boaters, sailors and others who dock their ocean-going craft in the harbour area, to be aware of the ongoing thefts and to take steps to secure and protect your vehicle and property.

If you have information about this, or other marine theft incidents, please call our VicPD Report Desk at (250) 995-7654 extension 1. To report what you know anonymously, please call Greater Victoria Crime Stoppers at 1-800-222-8477.

The suspect in this file is described as a Caucasian man between 30 and 40-years-old, standing approximately 5 feet, 10 inches tall with a medium build. He was wearing all black and a black ball cap at the time of the incident.

I'm telling you, it's the Cody boys.

'Could have been arson': Firefighters investigating after Saanich rooming house engulfed in flames Fire crews responded to the home in the 100-block of Battleford Avenue at approximately 1:15 a.m.

One resident says he awoke around 1 a.m. to the sound of someone shouting, "Fire, fire, fire!"

The man, who goes by the name Xero, was able to escape the blaze with a bass guitar and skateboard in tow, though he says he lost all his other belongings and some priceless family photographs.

Firefighters and Saanich police are investigating the cause of the fire. It's something the homeowner is glad for, because she believes the fire is suspicious.

"My opinion, it could have been arson," said homeowner Margret Colins. She says she recently evicted two women from the home, and ever since she's been receiving threatening phone calls from them.

"They continued phoning me and threatening me and one of them kept saying she could burn the house down," said Colins.

She says she reported these threats to Saanich police, who have confirmed with CTV News that they received those reports.
More: https://vancouverisl...lames-1.5542738

Milton's matter was in Penticton court Thursday and Friday for a pre-trial inquiry. Information discussed is protected by a routine publication ban.

Milton faces charges of fraud over $5,000 and falsifying documents related to her time at the helm of the DPA. She left the DPA in 2016, after the organization said they  found "irregularities" in its financial statements.

Milton told Castanet in 2017 she found the allegations of misconduct and financial issues "very disappointing."

She is due back in court Sept. 13 to fix a trial date.
More:  https://digitaltimes...LF8tLSfq0fCn-yg