Detectives with VicPD’s Major Crime Unit are asking for your help to identify a suspect seen wearing a distinct red jacket during a robbery with a firearm this morning.

Shortly after 1 a.m. this morning, VicPD officers responded to convenience store in the 900-block of Craigflower Road after a report that a woman pointed a handgun at staff and stole money. The woman then fled the store on foot.

Not that this adds anything relevant, but I noticed a whole rack of those distinct red jackets at Walmart the other day.  They are knockoffs of a North Face model that costs about $370.

Victoria Police are asking for the public’s assistance in identifying a suspect in a daytime robbery that took place at Mayfair Shopping Centre.

In a release, VicPD says they were called to the mall around 5 p.m. on Jan. 13 following reports from staff about a robbery and assault.

Staff told police that the man came into the store, picked up two LEGO sets then started walking towards the exit. A staff member tried to direct the man towards the cash registers, then the man assaulted the employee then fled the store.

Didn't we use to have a lego fan on this forum?

Victoria, BC – Investigators are asking for your assistance in identifying a suspect who assaulted a store employee during a daytime robbery.

Officers were called to a store at Mayfair Mall in the 3100-block of Douglas Street just after 5 p.m. on Thursday, January 13th, 2022. Staff reported that at approximately 4:50 p.m. a man entered the store, picked up two large Lego sets and moved toward the exit. When a staff member approached the man to direct him to a cashier, he assaulted the employee and fled. The employee received non-life-threatening injuries in the assault, but did not require medical attention at the time of the incident. The suspect was last seen crossing Finlayson Street in the 700-block.

The suspect is described as a Caucasian man, standing approximate five feet, seven inches tall with a medium build. He had a short dark beard and moustache. He was wearing a distinctive dark green or grey winter hat with black fur earflaps, and an army-green khaki style winter jacket. He had distinctive lines or marks on his face and witnesses described that he walked hunched over. A surveillance image of the suspect is below.

If you recognize this man or have any information about this incident, please call the VicPD Report Desk at (250) 995-7654, extension 1. To report what you know anonymously, please call Greater Victoria Crime Stoppers at 1-800-222-8477.

With the supply chain shortages collectors are getting desperate.  We’ve got to fix this.

Didn't we use to have a lego fan on this forum?

That would have been tedward:

I already sent him the VicPD release

Take note here. Police are trying to determine if there is a risk to the public.

Victoria, BC – Patrol officers are asking for witnesses and information after a stabbing in Victoria on Saturday night.

Shortly before 9 p.m. on Saturday, January 15th, Patrol officers were called to the intersection of Douglas Street and Hillside Avenue for a report of a man standing in traffic and bleeding from injuries. Officers attended and located the man, who was suffering from potentially life-threatening injuries due to several stab wounds. BC Emergency Health Services paramedics attended and transported the man to hospital. Following medical care, the man’s injuries are now considered non-life-threatening.

This file remains under investigation. [b]Investigators are working to identify a suspect and will continue to monitor the risk to the public[/b.

Starting to wonder if it's safe to go for walks now :/

Just because a guy is standing bleeding in an intersection with stab wounds, does not mean he was stabbed.

Let's wait for the investigation.

Don’t you mean potentially not stabbed by someone else?

Can you prove he was not stabbed in Vancouver and was simply touristing in Victoria.

On an early evening in April of 2018, 51-year-old Kim Ward and her sister 48-year-old sister Tracy Ward were walking their dogs near their mother’s home on Central Saanich Road when they were struck from behind by an SUV that crossed the centre line. 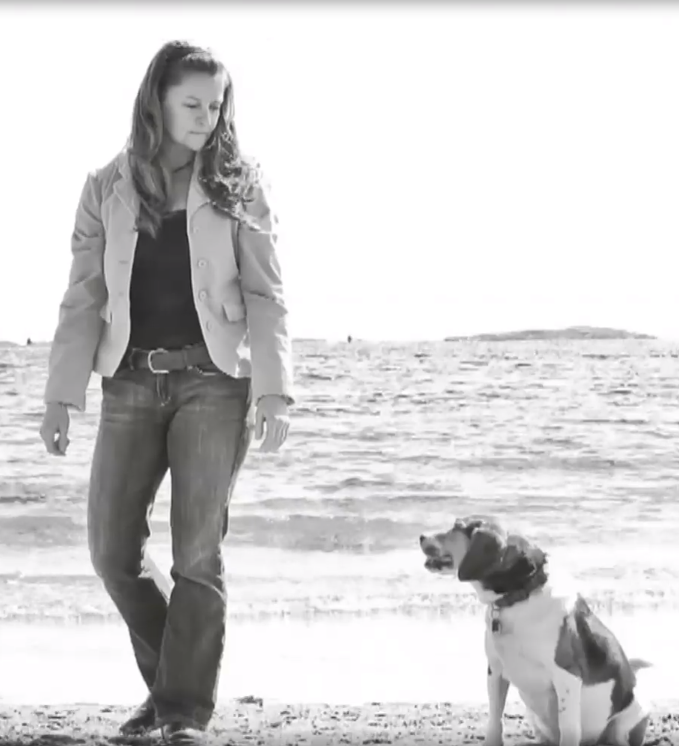 Kim Ward
Kim was pronounced dead at the scene. Her dog Finley was also killed. Her sister Tracy was sent to hospital in critical condition.

Police obtained a search warrant for (Thomas') blood, which the Crown says was found to have meth and benzodiazepine in it.
More: https://www.cheknews...h-crash-939191/ 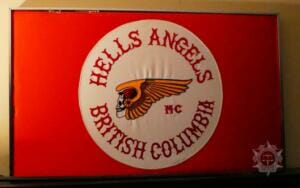 The Combined Forces Special Enforcement Unit of British Columbia (CFSEU-BC) is announcing the initial results of a year-long investigation into the alleged drug trafficking activities of a crime group operating on Vancouver Island. This complex investigation has resulted in the arrest of several people, the execution of numerous search warrants, and the seizure of illegal drugs and firearms.

In January 2021, CFSEU-BC began a complex investigation into an alleged organized drug trafficking network with ties to members of the Hells Angels Motorcycle Club. CFSEU-BC’s investigation gathered significant evidence over the course of the past year, which culminated in the arrest of several individuals and the simultaneous execution of several search warrants at multiple locations on Vancouver Island.

A total of four search warrants were executed on residences in the Comox Valley and Campbell River area in the early morning hours of January 13th, 2022.

These searches resulted in CFSEU-BC seizing: 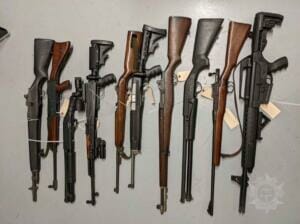 Significantly, the illegal firearms and illicit drugs have been removed from these communities and will no longer pose a threat to public safety. The drugs will be sent to the lab to be analyzed, and the firearms will be sent to the Provincial Forensic Firearms Lab, which is managed by CFSEU-BC, for processing. 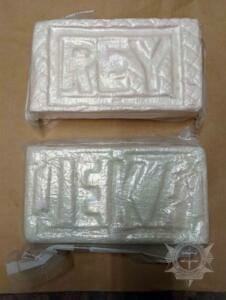 “We know small communities and areas outside the Lower Mainland are not immune to the negative effects of gangs and organized crime. These groups prey upon the most vulnerable through the sale of often deadly drugs and using fear and intimidation in order to advance their illicit enterprises,” says Superintendent Duncan Pound, Deputy Operations Officer for the CFSEU-BC. “Working with our partners on Vancouver Island in a collaborative and coordinated effort is critical to ensuring that those who seek to put us and our communities at risk are held accountable.”

The CFSEU-BC would like to thank the Island and Lower Mainland Integrated Emergency Response Teams and the RCMP and municipal police agencies for their help and support in this investigation.

A woman is in shock after what she witnessed in a McDonald's parking lot in Nanaimo, B.C. on Monday.

Nanaimo RCMP say they are on the lookout for a man following an alleged shovel attack.

"I never imagined that I would see somebody wielding a shovel, chasing a man," said the woman, who wishes to remain anonymous.

"From what I saw, he struck him three times," she said. 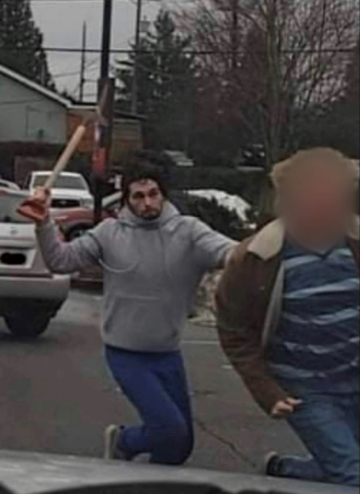 Six adults are in police custody after Nanaimo RCMP received a report of shots fired early on Monday morning.

According to RCMP, the incident took place at approximately 6:40 a.m. on Monday, January 17 in the 300-block of Hillcrest Avenue. Neighbours told CHEK News, that the house has become notorious for traffic coming in and out at all hours. 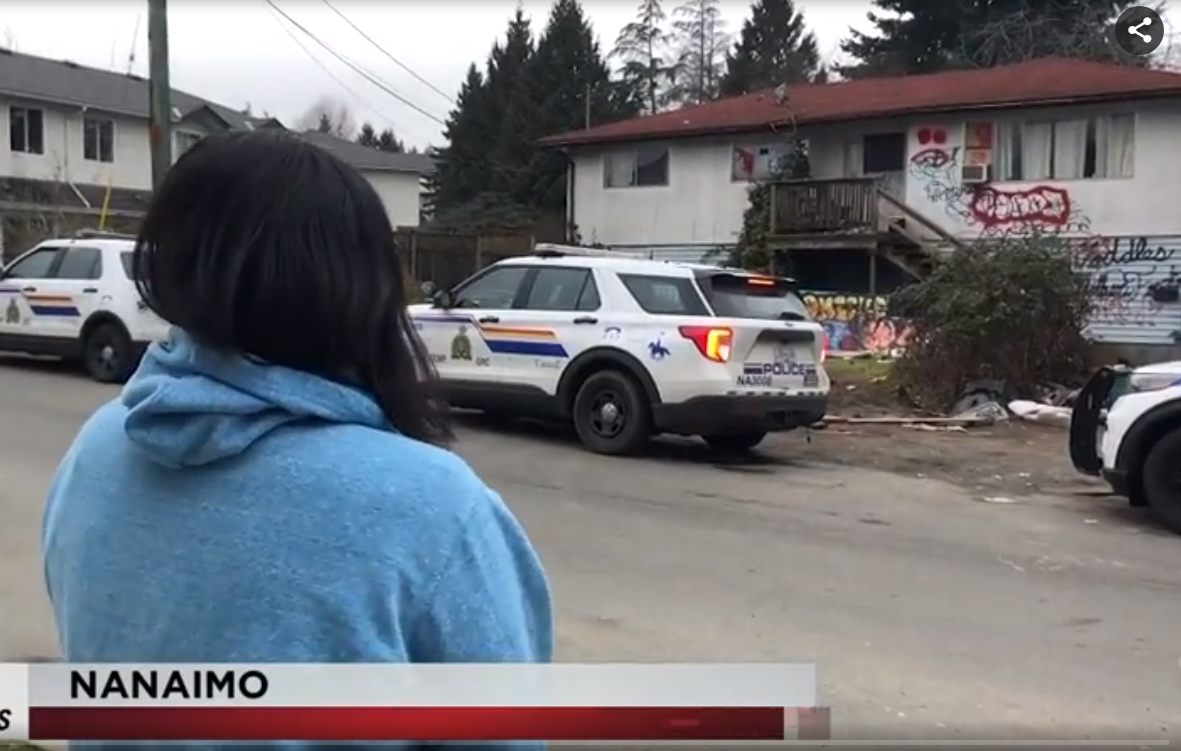 Followed by:
Nanaimo RCMP learn shots fired call was a mistake and there was no gun

A report of shots fired at a Nanaimo property yesterday has turned out to be a mistake.

Early Monday morning, numerous police officers arrived at the property with guns drawn but after arresting six people and questioning them police have determined there were no gunshots at all.

“We had a lot of police officers respond. They went into the home. They removed six people, arrested them and searched them all. We didn’t find any weapons but the search continued from there. All six people were interviewed independently and we determined at the end of the day there was no firearm involved and it may have been someone simply pounding on a car,” said Const. Gary O’Brien, media spokesperson with Nanaimo RCMP.

But one person living at the house says the police overreacted.

“My girlfriend and I were sleeping and next thing you know we were called out by the cops with microphones, SWAT teams and canines. It’s just unbelievable,” said Zachary McLean.
More: https://www.cheknews...-no-gun-939837/

Arrest Made in String of Break and Enters at UVic

Saanich Police have made an arrest after investigating a string of break-ins to several buildings at the University of Victoria.

A series of eleven break and enters were reported at the university grounds beginning in June 2021, with nine of these reported to have occurred in the last month and a half. In most cases property was stolen, such as generators, tools, electronics, and other items.

On January 12, 2022, at 4:30 a.m. the suspect triggered an alarm at the UVic Bookstore and responding UVic Campus Security officers located a man coming out of the store. After a brief conversation with security, the man then fled and was unable to be located when police arrived.

Evidence was obtained from this incident and several others that pointed investigators to a suspect with a history of property-related crimes. On January 16, 2022 officers located and arrested a 38-year-old man that they believe was responsible for several of these break and enter offences. The investigation is ongoing and efforts to locate the property stolen from these crimes continue. The man was released on an undertaking with conditions and a court date for criminal charges of Break and Enter.

“We would like to thank UVic Campus Security and all of their officers for their cooperation and assistance, which was crucial to this investigation.”

I Thought UVic supported decriminalizing the crimes of despair?

A series of eleven break and enters were reported at the university grounds beginning in June 2021, with nine of these reported to have occurred in the last month and a half. In most cases property was stolen, such as generators, tools, electronics, and other items.

Mount Tolmie Hospital provides a safe and secure place to stay for the people who were living at the Save-On-Foods Memorial Centre Emergency Response Centre when it closed in June 2021.