And if we’re going to fix the Malahat we also need to do away with the TCH/Burnside/Old Island choke point. What a horrible road network decision...

No one creates traffic chokepoints quite like View Royal.

Oh, and I forgot about the rail line.

I like how the rail line goes smack across the big complex intersection at Admirals at Naden.

Drivers: Hey this is a complex angled road interchange, people.

...We’re a Disnleyland backwards reality compared to the needs of the engine that powers this province.

You're just realizing this now?

Caught the story on CFAX while picking up my wife, I don't think the news jock could believe what he was reading, lol. Didn't need to see him to clearly interpret his thoughts which plainly were "W>T>F>.....is this for real?!?"

If some folks think that highway was in rough shape during the flooding just wait until there is a widespread regional emergency like a real good shaker or Baker rumbling into life and nearly half a million people on the south island all try to head into or out of town on that goat trail, and then either a landslide resulting from the quake, or ash from the volcano or someone panicking on that road causes a major accident, effectively blocking traffic. That'll amp up stress levels.

If the province refuses to even consider an alternate or 'dual' Malahat route due either to the park or the proximity of the watershed for the foreseeable future they better commit to spending a whack-load of dough on upgrading West Coast Rd and the Circle Route.....

If it were up to me I'd strongly consider implementing both options.

A solar-powered hyperloop is what we need.

That, or a monorail, though that’s more of a Shelbyville idea.

Got caught in it heading south. Had to u-turn and back to Mill Bay and run thru Shawnigan. We were ahead of most of the traffic so it was about a 30 min extra drive, but holy cow the line up of cars heading north on Shawnigan was many km long. Will be a while to clear that!

The northbound lanes of Trans-Canada Highway 1 between Cobble Hill and Mill Bay have closed due to a crash.

According to DriveBC, a 5.6 kilometre stretch of the Trans-Canada Highway between Cobble Hill Road and Wilmont Road following a vehicle incident that resulted in downed hydro lines.

As of 11 a.m. Saturday, the highway remains closed.

Sailed on through just fine yesterday about 1pm on my way to Nanaimo but maaaaan far too many island drivers suck b***s.

Every time I drive that goat trail of a road I am reminded that too many of them have only a foggy notion of what the right vs left lanes are actually for; merging - if you are brave enough to attempt it - means you are taking your life in your hands quite literally since that is another concept which clearly eludes many people.

And - speed limits?! - forgetaboutit! What are those?? Apparently posted limits are interpreted by many folks as merely a suggestion, much like the drinking laws in Quebec, rather than something to be taken semi-seriously.

Visibility this morning coming down island was poor, the rain very heavy and the inside passing lane especially was a hydro-plane pilot's dream. But far too many drivers blew right through whatever the limit was for that section of the road by 40, 50 or more KPH. One GMC Denali driver comes especially to mind. Apparently he figured rather than a simple SUV he was actually driving an Abrams M-1 main battle tank and was therefore impervious to whatever consequences might result from his utterly manic driving habits. He blew by the "slow" lane at such a speed, in wretched weather conditions, that I'm sure he had to get clearance from the closest NAV tower...

And regardless of lane yet a further driving fundamental, that of maintaining a safe driving distance especially in adverse conditions, also seems to be a lost art for way too many people. Its no wonder the Malahat is closed so frequently if this is indicative of a typical day out there; yes we all know the road is inadequate but that pales compared to the general inadequacy of far too many of those using it.

Being that speed in excess of posted is a single digit % of caused incidents it would be do very little to change the situation. But the anti-car lobby lovEs the idea.

Most of these incidents are driver inexperience, inattention, mechanical, weather, drugs/alcohol. Photo radar and/or time-distance cameras will generate lots of revenue but do very little to reduce the number of incidents or closures.

Its time for a new road like the Nanaimo bypass and link it to Sooke as well. A proper designed road that is seismically engineered is decades overdue for a region whose population will double in 50 years.

I know the urban sprawl nimby's will have kittens but the rest of the world does this all the time, we just seem to have a higher concentration of nimby's on the south island.

Floating bridge kije they have done in a number of US locations would be cheaper. 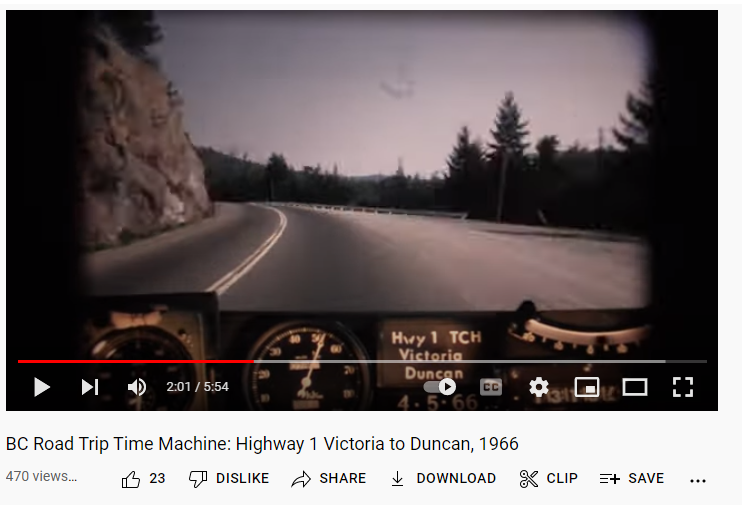 Permanent repair work will begin soon on the portions of the Malahat section of Highway 1 damaged during November’s flooding.

The project tender for the Highway 1 – Malahat Tunnel Hill Washout repair project has been posted to BC Bid. The work will include restoring approximately 50 metres of the northbound lane north of Finlayson Arm Road and repairing damage to existing drainage and slope stability. An 80-metre retaining wall will also be replaced to secure the slope against future extreme rain events.

This is the first of the province’s permanent repair projects following November’s historic storms to go to tender. All permanent repair projects will improve resilience to future extreme weather events, part of the province’s commitment to building back better to ensure B.C.'s infrastructure is better able to withstand the impacts of climate change.

Construction is expected to begin in the spring. All efforts will be made to minimize traffic disruptions during peak travel times and to complete work overnight where possible. Traffic delays are expected throughout construction, including periods of single-lane alternating traffic and short, intermittent full closures. Advance notice of any traffic disruptions will be provided.

Drivers are reminded to drive for the conditions, observe construction zone speed limits and follow the direction of traffic-control signs and personnel.

Obtusely related to Mikes post above regarding Malahat repairs, I've been watching this YouTube channel belonging to a guy that lives up on the Coquihalla Highway, and was giving regular updates on the scale of destruction, along with the massive efforts to repair it and get the highway open again.

Lots still going on up there, but it's his look back to November/December that's interesting ... and speaks to how "wild" things really are up on the Coq.