Thanks for the photo pontcanna. 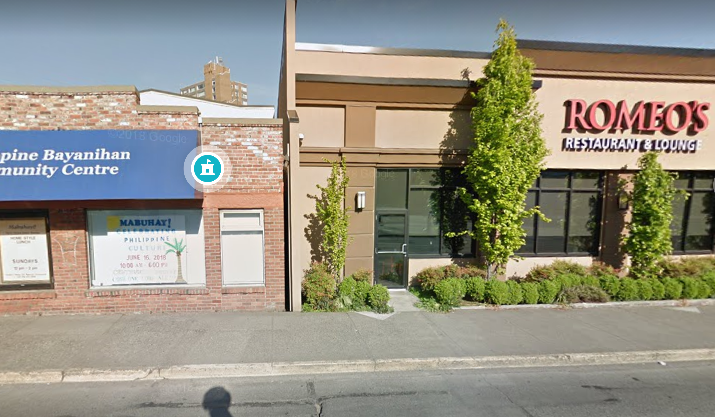 Some numpty in a white Kia almost plowed into the side of me today at Johnson and Blanshard.  Saw the red light and managed to stop mere feet from my passenger side.  Any cyclist or pedestrian would have been squashed.

I filed a report with VicPD.  Two frames from my dashcam each showed partial plate numbers so maybe they can knock on their door and have a word...

Not much damage to the buildings. 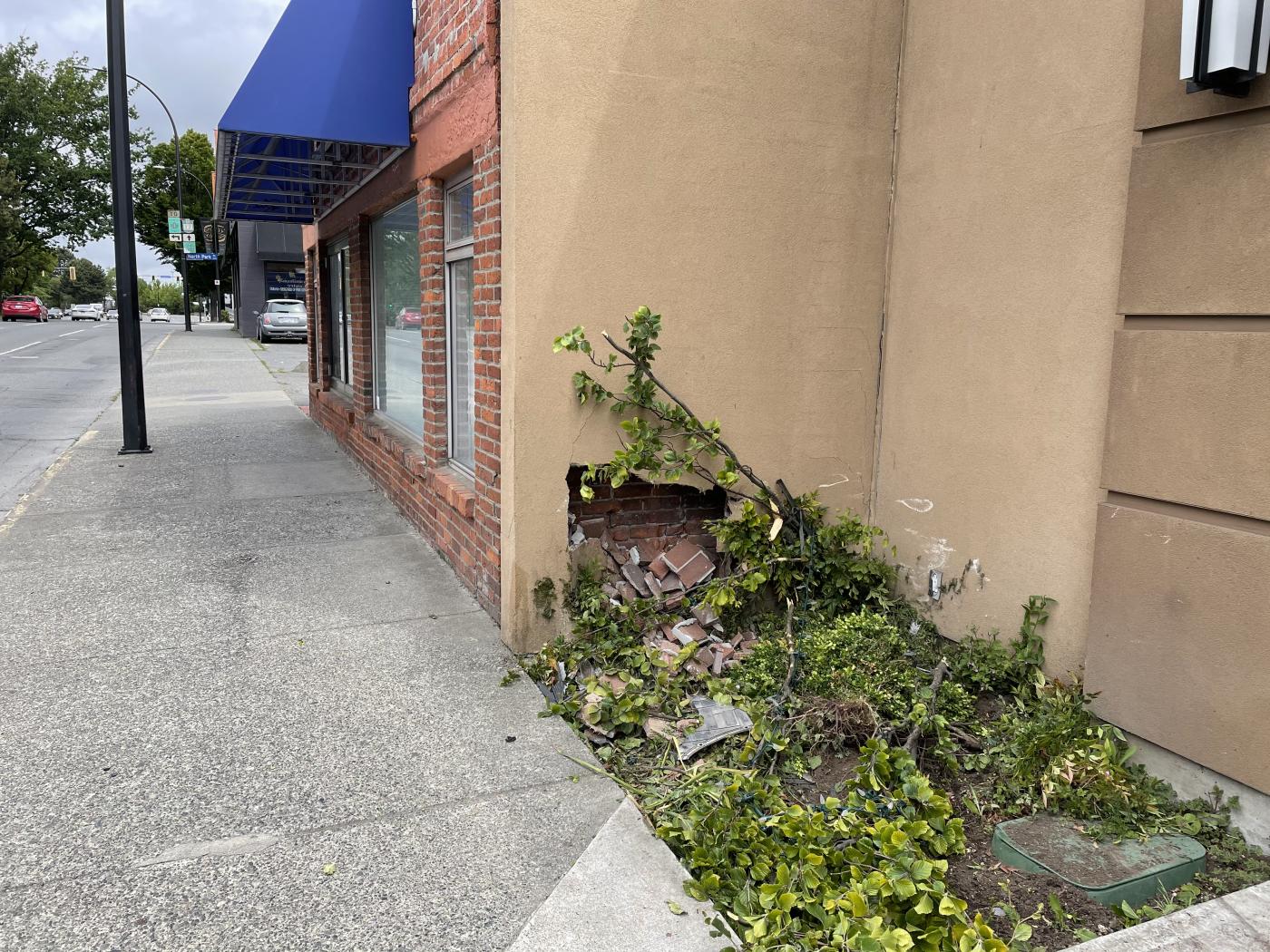 A senior has closed the Douglas and Fort intersection. She rode a scooter into the middle of the intersection and isn’t move. VicPD are not doing much.

Oh, hold on! VicPD say they have “peacefully” resolved the incident now.

So I've seen social media posts and video on this, according to the commentator she was 'protesting for climate'

They were calling for reinforcements to support the old lady, were outraged that police had lifted her wheelchair and all caps "TURNED OFF HER WHEEL CHAIR".

I walked through this after leaving work and it felt like a party scene to be honest, except the fools who had gathered to support her were blocking the sidewalk and bike lane, not ideal or safe with all the traffic that was trying to pass. It gets better, the social media poster (who must have a magical sexual orientation detector) states that "a white CIS male cop" physically pushed someone, yet the video shows an officer putting his hand on their shoulder as if to get their attention and asking them to move. Finally they claim the old lady was being charged with intimidation.

Sigh.. I hope we're not become another Portland.

...Sigh.. I hope we're not become another Portland.

Sadly, I think that ship has already sailed.

And correction on the terminology, CIS meaning a "person whose gender identity corresponds to their sex at birth". Still not sure why the commentator would say this, why it matters and how they could know for sure. Maybe the only good male is a male who wasn't born a male? I'll stop, at this point it feels like I'm just mailing it in.

Pre-pandemic we had near daily protests and road blockades. Don't forget!

An alleged drunk driver smoked his Corvette along the TCH, then fled the accident scene, police say. West Shore RCMP are asking the public for additional details on the single vehicle June 18th crash which followed a “stunting” manoeuvre.

A 55-year-old Saanich man is described as the driver. Now his mid-life really is a crisis.

An alleged drunk driver smoked his Corvette along the TCH, then fled the accident scene, police say. West Shore RCMP are asking the public for additional details on the single vehicle June 18th crash which followed a “stunting” manoeuvre.

A 55-year-old Saanich man is described as the driver. Now his mid-life really is a crisis.

I drove through the scene literally minutes after it happened.  One of the cars that got hit passed me minutes before and made the green light at Burnside onto the highway while I waited for the following red light.

The guy drove his three wheeled corvette from where the crash happened just after the Helmcken onramp nearly to McKenzie.

How many vehicles were hit, Sebberry?

How many vehicles were hit, Sebberry?

I only saw one extra with visible damage but others may have been hit by debris?

It's on my Facetube page. 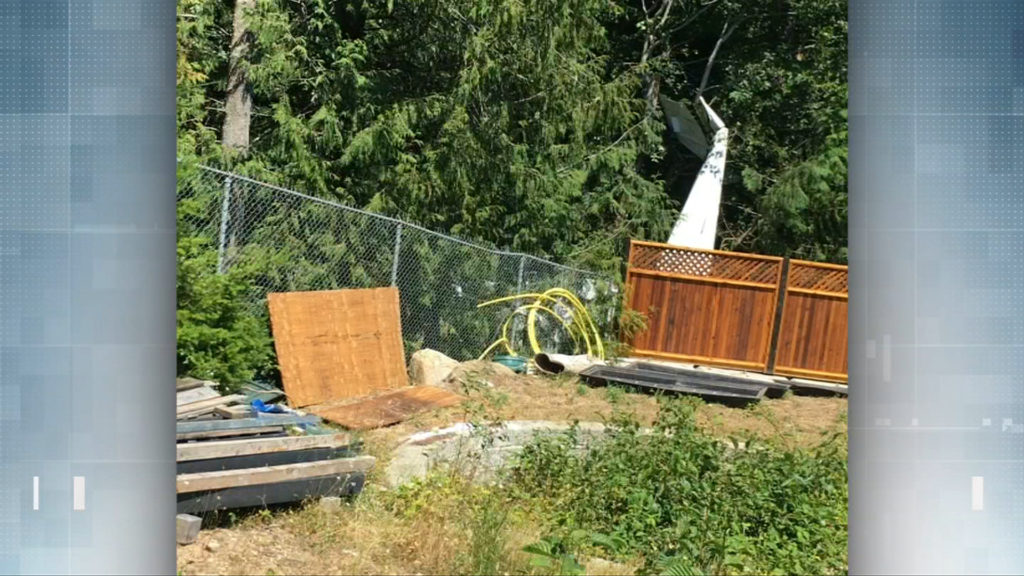 Two people are in hospital after a small plane crashed into a residential neighbourhood on Vancouver Island.

Two injured, one critically, in plane crash at Mill Bay

Ken Gallant, vice-president of operations for the Victoria Airport Authority, said the airport received a mayday call around 1:20 p.m. from a small aircraft experiencing engine problems.

According to website Flightradar24.com, which tracks aircraft movements in real time and allows playback of flights, the aircraft was cruising at 4,650 feet with a ground speed of 152 knots as it passed Chemainus and then gradually reduced altitude to 3,200 feet by Crofton and 2,000 feet as it passed over Cowichan Bay.

The tracker shows the flight ended in Mill Bay in what looks to be a wooded area.

...One person was transported via air ambulance with critical injuries, the other by ambulance.
Laura Burger, a manager at Jusu Bar in Victoria, says she knows the pilot, Bruce Mullen, and his daughter Kaitlyn.

“Bruce is recovering from surgery, they are keeping an eye on him because of the amount of smoke he inhaled. And so he is recovering as best to my knowledge. And from what I know Kaitlyn broke a leg.”

Mullen regularly flies with his 14-year-old daughter Kaitlyn up the coast to Sechelt where he now lives.

While living in Saanich, Mullen and his son Brandon started Jusu Bar after the death of his wife in 2010...
Full story: https://www.cheknews...-monday-830322/

On my drive home tonight just after 7PM along the TCH a person was laying on the side of the highway past the Millstream exit. Two ambulances had been travelling in front of me as we headed northbound, and as I was approaching what looked like a person and realizing it actually was a person, one of the ambulances came to a screeching halt about 100 meters down the road and began reversing. The other ambulance exited on Leigh, which I followed as I had to make a stop in Langford, and quickly made its way back southbound onto the highway to assist the other ambulance. I continued on along Leigh.

I drove past the Langford Ambulance station about 10 minutes before then and it was empty. I guess it doesn’t take much though considering there’s only 1 ambulance actually based out of that station, the rest being downtown

They could send the fire department out but they were too busy--tonight is lasagna night and making that is all hands on deck.