Saanich Police continue to investigate a Sunday morning crash during which a vehicle hit a house in the Tillicum Road area.
More: https://www.saanichn...ical-emergency/

Thank you to all who were involved saving this mans life .Especially the off duty paramedic who saw the accident ,starting CPR before the other heroes arrived.

14 houses in all of saanich have a guard railing in front of them.  this driver hits one.

If anyone knows who the off duty paramedic is who started CPR could you message me please . 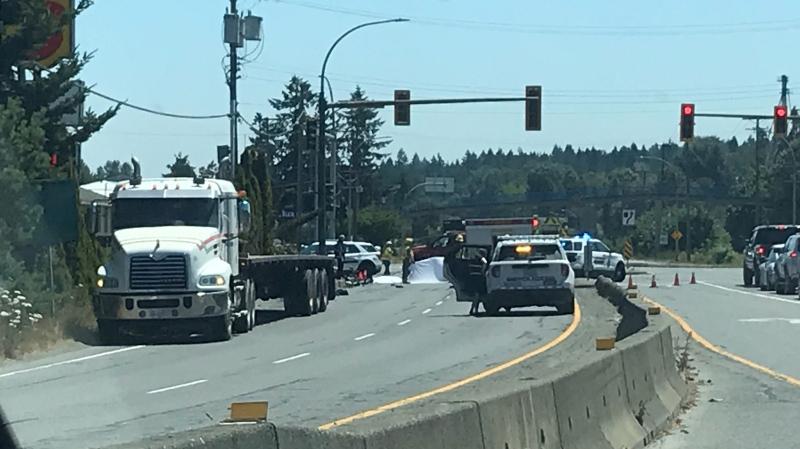 North Cowichan/Duncan RCMP are investigating a serious crash on the Trans-Canada Highway on Monday.

Mounties say they were called to reports of a collision between a semi-truck and pedestrian just before 11:30 a.m.

A nearby business owner told CTV News that first responders laid a tarp over something on the road following the crash.
More: https://www.iheartra...ncan-1.15559702

One person is dead and police are looking for witnesses after a crash on the Trans-Canada Highway near Duncan on Monday.

The victim was pronounced dead at the scene. Police say the truck driver remained on scene and is cooperating with investigators. 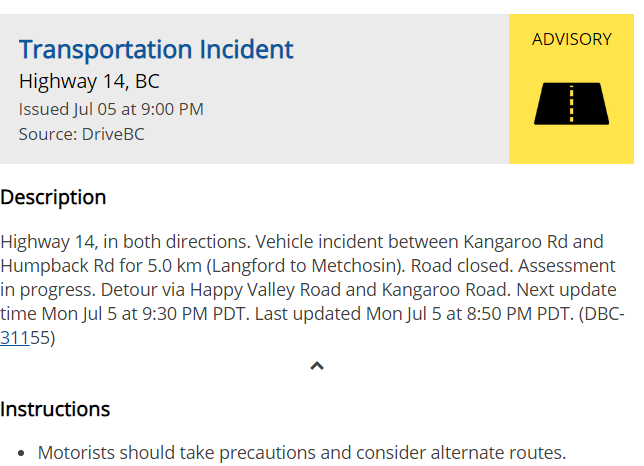 Imagine living in a region where a town of 20,000 people is literally relegated to two goat trails if the single, windy, hilly highway with numerous two-lane sections without detours is blocked by accidents every few weeks.

Or a region of 400,000 people dependant on two lane windy, mountainous highways as emergency escape routes.

Nah, that would never happen!

First he wants Calgary sprawl, now he wants an eight-line freeway to get there.

Like I’ve said, we’ve backed ourselves into such a ridiculous situation that we ‘like’ endangering our lives by creating choke points unfathomable to the rest of the western world.

I mean our sole escape route out of #yyj is Main Street in Lytton.

Saanich Police continue to investigate a Sunday morning crash during which a vehicle hit a house in the Tillicum Road area.
More: https://www.saanichn...ical-emergency/

On a happy note the driver who was involved in this accident is doing much better all things considered. Still hospitalized with surgery coming up . We came  close to loosing him .We still would like to thank the off duty paramedic who stopped and started CPR before the life support showed up .Please message me if you know his name .

Thanks did the update, Love.

Youth cyclist dies after crash with truck in Mill Bay 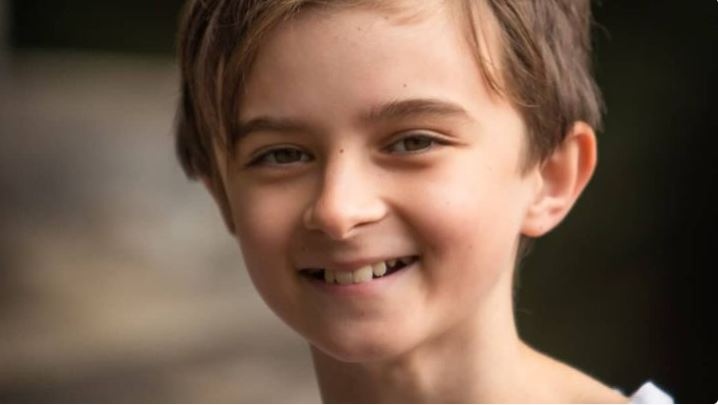 A child is dead after he was struck by a pickup truck that was towing a boat near Mill Bay.

The crash occurred just after 6:30 p.m. Monday at the corner of Benko Road and Kearny Place, according to the Shawnigan Lake RCMP.

A pair of online fundraisers, including one established on behalf of the Mill Bay Nature School, identify the child killed in the crash as 11-year-old Avery Oye.
More: https://vancouverisl...l-bay-1.5510712

Traffic has returned to normal at the intersection of Johnson at Broad Streets after Victoria police blocked off the area Saturday morning.

Police had the right traffic lane cordoned off at the intersection just after 10 a.m. VicPD officers at the scene would not comment to Black Press Media. The lane was reopened at 10:30 a.m.

Officers were bagging items that were on the ground, next to a bike that was lying on its side near the intersection. Two pylons marked where a red substance stained the road on Broad Street, just south of the intersection.

A random guy got stabbed a few times in the gut.

Just another typical morning in the downtown Victoria run by Helps and her band of hapless helpers.

Traffic alert. 4500 blk of Chatterton Way closed in both directions, as we investigate a suspicious package in the area. Greater Victoria Emergency Response Team will be attending and our officers have the area contained. An update will be provided. Your patience is appreciated.

cspolice TRAFFIC: There is a planned demonstration in support of the Penelakut Tribes at HWY 17 at Mt Newton X Rd from 9-10 am on Monday Aug 2. Diversions will be in place as HWY will be closed from Island View Rd to McTavish Rd. Pls plan extra time for travel. #csaan #yyjtraffic

the homeless block of the bridges was “stood down” yesterday.

Chatterton Way was reopened early this morning. The package has been been removed, determined no longer suspicious, however the file is still under investigation.

Two people are dead following a crash in Central Saanich on Tuesday.

A section of West Saanich Road was closed to traffic in both directions following a crash in the 6300-block at around 4 p.m.

The BC Coroners Service says it was called to investigate two deaths at the scene near Ross Durrance Road. 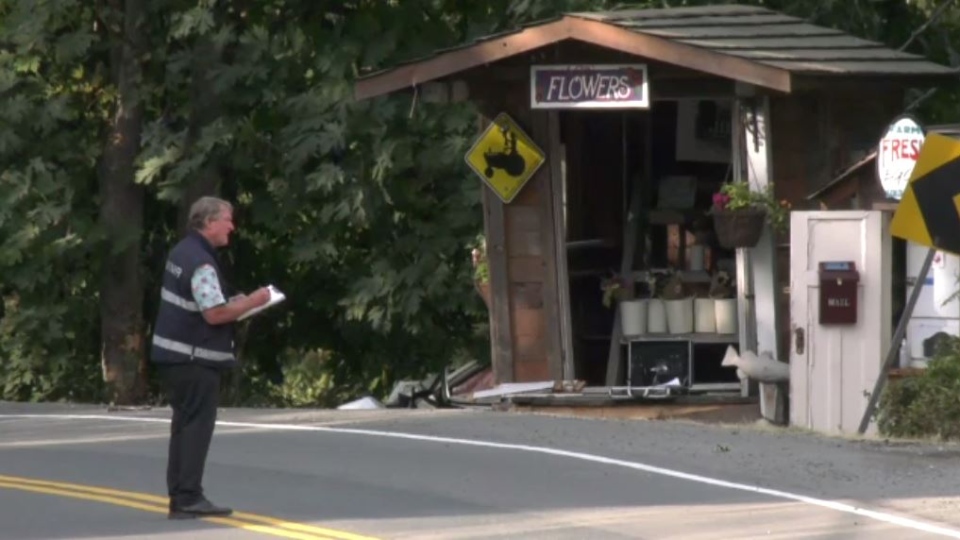