Grover for her part was just starting to realize what had happened after waking up in the early morning hours with firefighters telling her and her parents to get out of the house, mere steps away from the burning structure. “It happened really fast,” she said. “It was a huge (fire). We were just standing outside for a couple of house before we could get back in our house.”

While a fence and part of the yard caught fire, Grover said she and her family consider themselves pretty lucky. “We really thought our house was going to catch fire,” she said.

Corinne Bathurst said she woke up after hearing yelling. “A police car turned up, so I thought it was a party or something,” she said. “And I looked out and then saw people running around and the fire trucks were arriving.”

Watching from her deck, Bathurst could see flames shooting up from the deck and out of the roof of the burning home.

“We stood here for about an hour, hour-and-a-half and then you could hear the roof collapsing,” she said. “It was pretty scary how fast these houses can up,” she said. “It was scary to see how these flames were and worrying about the neighbour’s house. The people over here said the whole sky was yellow.”

Simpson said crews responded to the duplex at around 3:40 a.m. “(On) our first arrival, (the fire) had already come through the roof,” he said. “All the residents had evacuated with a couple of minor injuries and then we just worked to fight the fire in the attic.”

He said up 27 crews responded to the fire, counting crews from Sidney and North Saanich. Police and ambulance were also on scene with affected residents said to have received emergency social assistance through the Peninsula Emergency Measures Organization (PEMO).

Grabbing a burger at A&W on Douglas.

Something bad must have happened.

Residents in Saanich, Central Saanich and Highlands can expect to see firefighters from other jurisdictions lending a hand in their municipality as newly updated partnerships ensure automatic aid and a response from the nearest fire station have been implemented.

This month, the districts’ fire departments finalized the implementation of updated mutual aid agreements – tools that enable departments to assist one another, share resources and provide support in major incidents across jurisdictional boundaries – and new automatic aid protocols that allow resources from the station closest to an incident to be dispatched.

Metchosin’s fire department doesn’t hear about all emergency calls within their area anymore. Here’s why 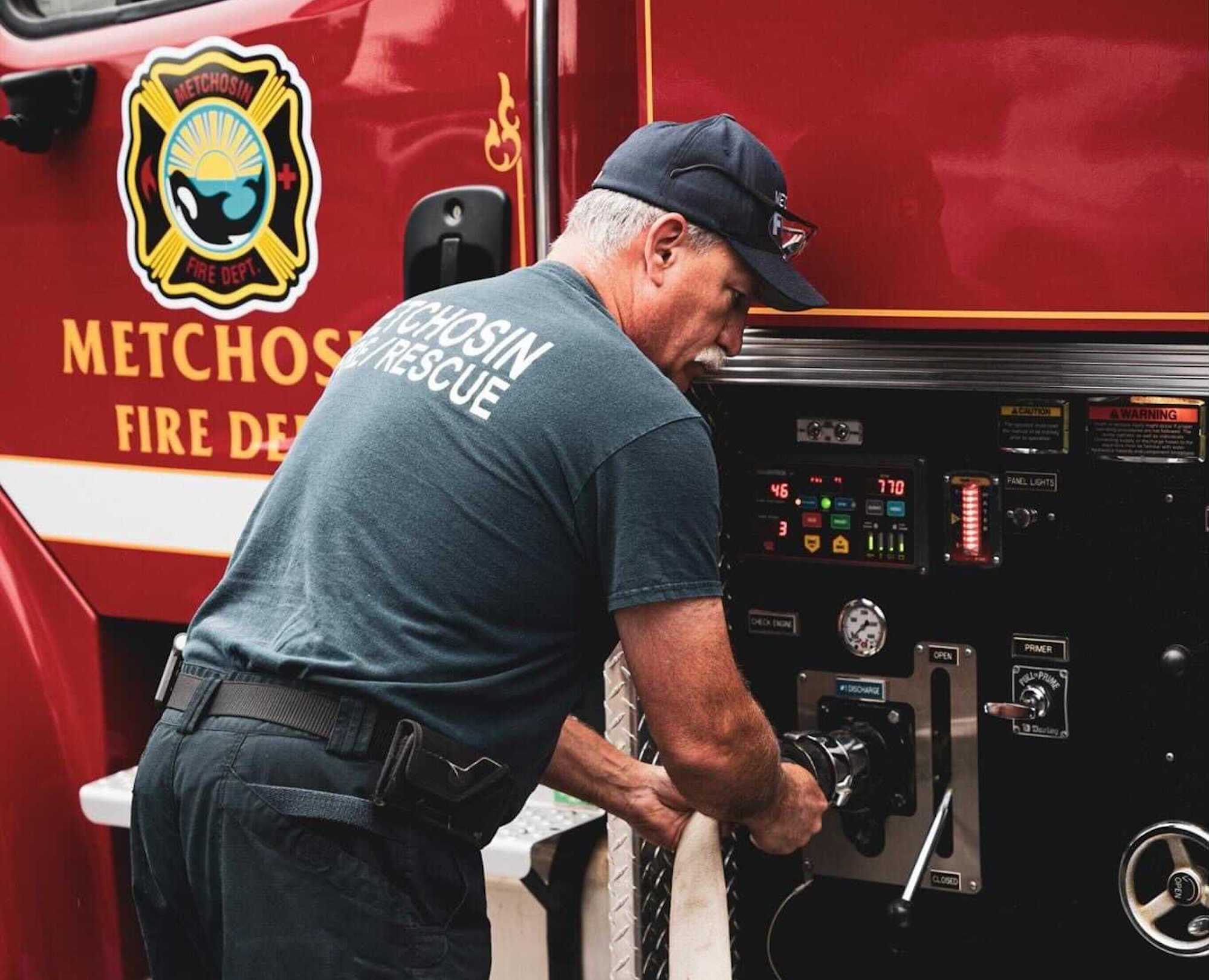 Whenever Stephanie Dunlop hears the sounds of sirens and sees the flashing lights of an ambulance speeding by her Metchosin fire hall, she immediately runs scenarios of emergency situations in her head—wondering why her crews aren’t being called, too.

Heart attack, car crash, or drowning? “ No. Couldn’t be. We usually get called for things like that,” the fire chief reassures herself.

A multi-home fire in Saanich earlier this year has been deemed arson by investigators.

On March 6, the Saanich fire and police departments were called to two homes on fire in the 1700-block of Carnegie Crescent.

The adjacent homes were occupied at the time of the fire. While there were no physical injuries reported, the fire caused approximately $355,000 in damages.

We live right behind those two houses...the kids were *very* excited to see the fire trucks.

I ran into my old neighbour a few days ago, and asked him if he knew what had become of his old house...he said that he'd grown up in the one, and then bought the next door as his first house - so both of 'his' houses had burnt...

The May 10 deadline is nearing for Esquimalt residents to register their desire to go to referendum on the township’s proposed public safety building, but some say the project is large and important enough to have been sent straight to a public vote.

Former Esquimalt councillor Bruce McIldoon is among the voices criticizing the municipality for going with an alternative approval process (AAP) rather than calling for a public referendum on the proposed $42-million project. The AAP requires 10 per cent (1,380 responses) or more of the electorate to register their opposition to the project as advertised, in order to force a vote on the municipality borrowing up to $35 million.

“To think with a project of this magnitude – the biggest ever undertaken by the township – that you wouldn’t go to referendum, that’s almost an insult to me,” McIldoon said. “If we stopped it at the referendum stage, then we could have a good vetting of the project. Why not make it a referendum that is tied to next year’s election?”

Drove by just before this alert could smell the gas driving my car:

“..According to Abstract Developments, a gas line was struck this afternoon on 1201 Fort Street where the new development Bellewood Park is under construction...”: https://www.victoria...on-fort-street/

That last “woof” you hear ain’t no dog.

Damn, that's too far.  I was going to ask someone to light a match for me.

What's Clover Point got to do with this? Zoomer's trying to picnic there.

That last “woof” you hear ain’t no dog.

How do you get your cat to sound like a dog?

Soak it in gasoline, and throw a match:  'woof'

How do you get your dog to sound like a cat?

Freeze it solid, and run it through a table saw: 'meeeoooww'

North Shore gets it from his dad, for sure.

Emergency crews were called to the scene of a fire at a business in the 2000-block of Idlemore Road Tuesday morning.

The fire broke out at the newly-opened Island Shiners Distillery just before 5 a.m.

From CHEK:
Although the fire has been put out as of Tuesday morning, the structure has been completely lost.

“They are absolutely devastated,” Mount said regarding the owners of the facility. “It has been their life’s work to get this facility up and going.”

Island Shiners held their grand opening of the new Sooke facility on April 15 and were a featured spot on CHEK’s The Upside with Ed Bain and Jeff King last week. 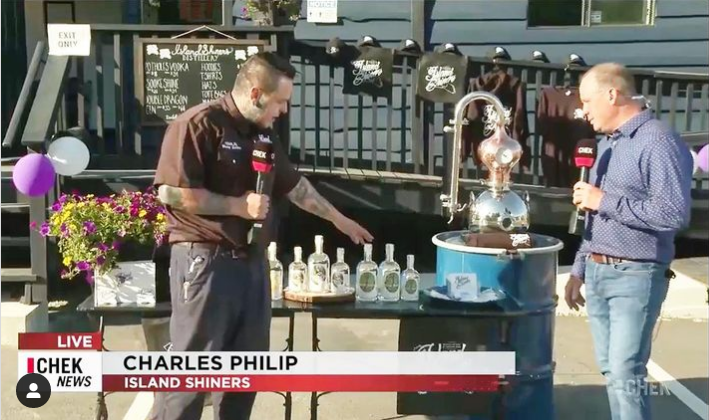 Sooke Fire Department says it is early on in the investigation and the cause of the fire has yet to be determined. Crews intended to return to the site of the fire later this afternoon. 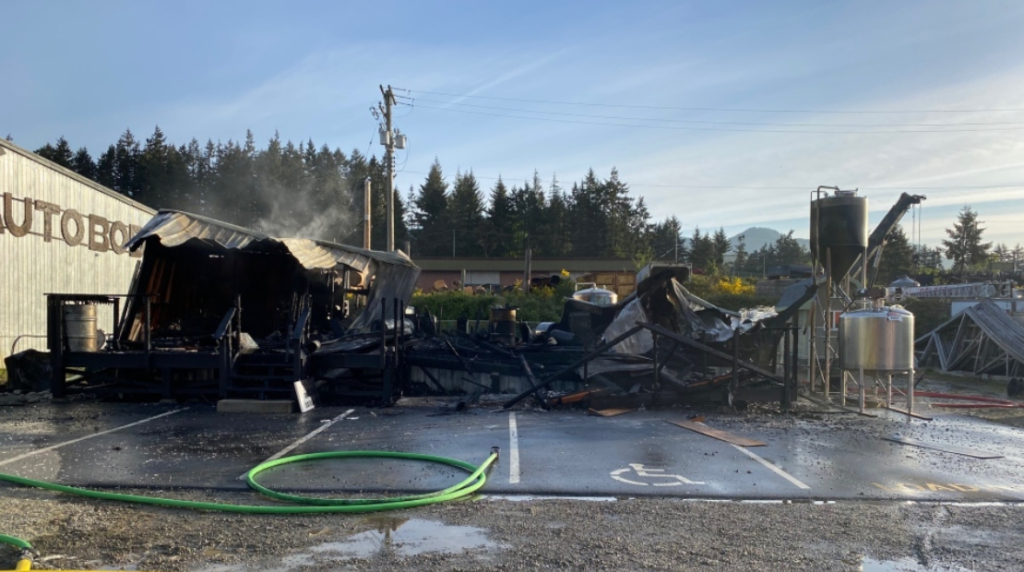