They are illegal to use, not illegal to sell. The only legal option to retrofit a car is if that model was offered with HID lights when it was new and you swap in a completely OEM system.

There are a lot of products being sold that should be illegal to install on your vehicle.

The traffic on Rockland is becoming a high speed mess since they closed off Richardson. The traffic engineer is about to install :experimental > pinch points on Rockland which have never been proven to work anywhere else. They dont actual slow traffic rather they create a visual barrier that encourages drivers to slow down without actually impeding traffic,

I have not decided if the traffic engineers think we are stupid or if they are just completely incompetent. Maybe both. They seem happy to spend money on pet projects without any concerns for the residents.

I mentioned it elsewhere, this is an arms race where the more they screw with the roads, the more they try to fix their own screw-ups. I have been using Rockland to get to Rupert Terrace for the past year since they screwed Vancouver St. Now with Richardson screwed, I'll be using it even more.

Will be very interesting how traffic is managed when there will be the inevitable MVI at Fairfield Thrifty's where the road will be closed.

The original planners had the right idea, no real main roads but a series of smaller collector roads like Richardson, Rockland, Fairfield and the traffic will be balanced. Not anymore....just to satisfy a few

Because they're not illegal for 'off-road' use.

I think the problem would disappear if retailers took responsibility for what they told. Same thing with muffler mods. They know what they’re selling, and to whom.

Trouble is, HID bulbs are legal.  You don't expect Canadian Tire or Amazon to check what car the customer is installing them on.

Unfortunately it's a look made popular by automakers who think the bluer-white light looks 'premium'.

I'm sure for the driver of said premium HID/LED/Laser head lights the visibility is improved, but for oncoming drivers it's a nightmare.

The problem with the LED lights is that they don't get warm enough to melt snow/ice off your headlight cover.

Maybe not much of a problem here but in colder locations it is.

So many cars with no lights on in bad weather on Victoria roads maybe the problem will solve itself.

A picture from this morning showing Saanich crews working on the Wray Creek washout between Prospect Lake/ Sparton Rds and Hartland Rd. Not a good photo of their progress, but I liked the lighting. 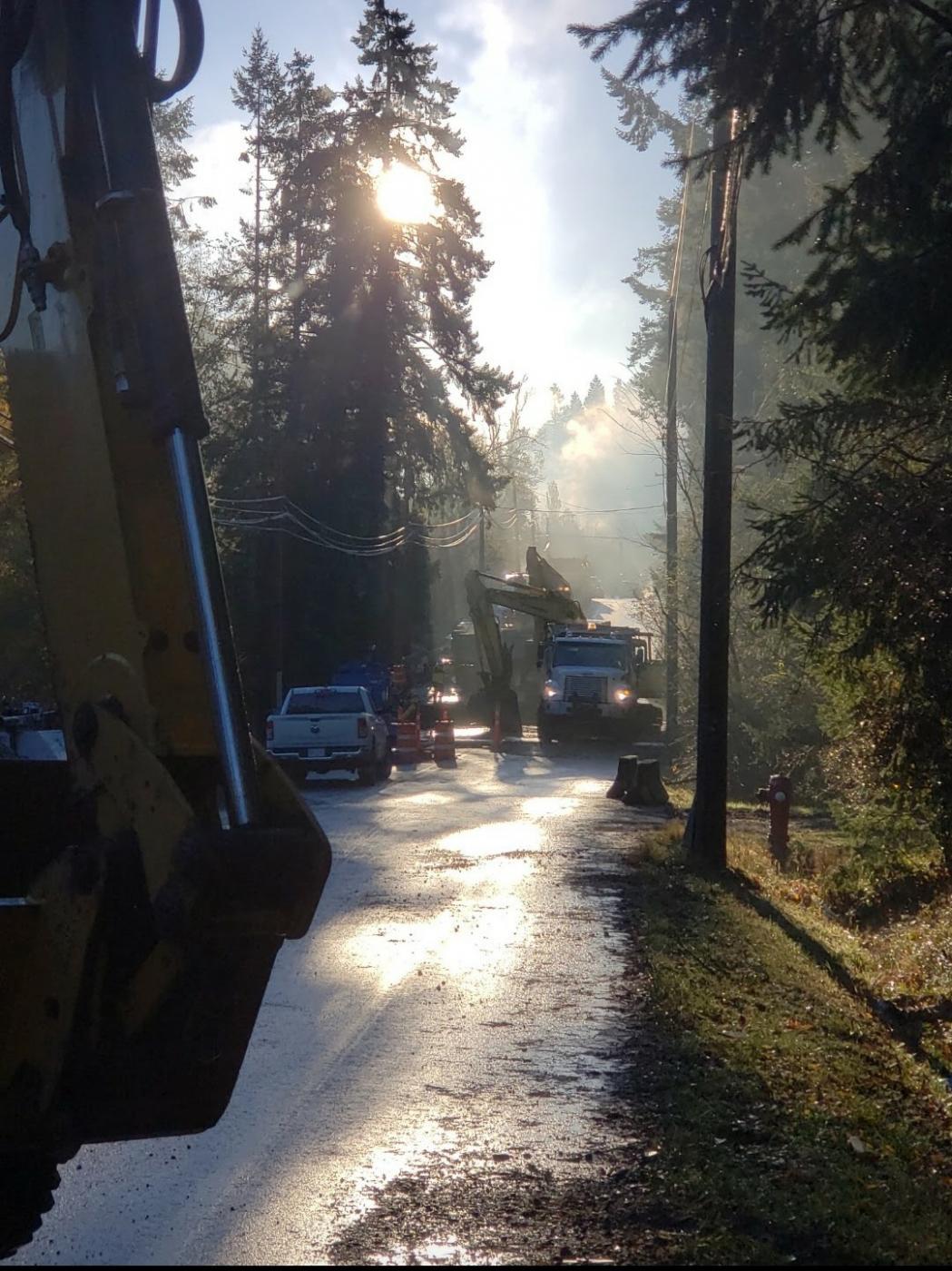 Thank you for sharing. The workers fixing our infrastructure are real heroes in all of this. They too have families and they too are no doubt wondering/worrying about the shortages.

Highway 8 wiped out as seen by helicopter. 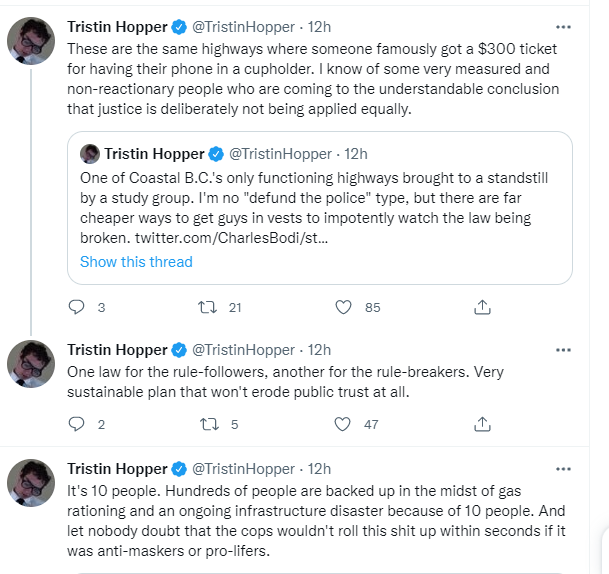 He's not wrong, but these protests are more like a conduit for police altercation. The blocking of the roads is just the means to an end, in other words, and the end is a physical fight with police, that will then be spliced up and edited, shared internationally, and bursaries will balloon as people give money to groups now fighting police brutality and oppression. But it all starts with a highway blockade.

Trouble is, Mike, that’s an argument for never doing anything.  Just like how the police stand back and let the mobs tear down statues.  We are at the stage where we need to quit worrying about media reaction and paying attention to protecting the public.

Who are these people and what are they protesting?


Life's a journey......so roll down the window and enjoy the breeze.
You're not quite at the end of this discussion topic!