Way to go Crime Stoppers!
Of course, it must help that Victoria is the way op attraction for criminals, which makes the fish a plenty, so to speak. 😆

Victoria, BC – Patrol officers issued two tickets under the COVID-19 Related Measures Act last night after a group attempted to leave a local restaurant without paying.

Patrol officers were called to a restaurant in the 500-block of Yates Street just after 7:30 p.m. last night for a report that a group had left without paying. Officers located the group nearby and after speaking with them, returned with them to the restaurant to have them settle their bill. As officers spoke with staff at the restaurant they learned that some members of the original group had not returned and that the missing men had been belligerent and aggressive towards staff trying to enforce requirements for COVID-19 restrictions.

Staff reported that a man in the group had threatened a staff member who asked the man to follow the COVID-19 restrictions. As part of their investigation, officers viewed surveillance footage from inside the restaurant and observed one man clearly violating the restrictions and threatening staff.

Armed with the man’s description, officers began to search for him.

He was located a short time later at another nearby restaurant. He was issued two violation tickets under the COVID-19 Related Measures Act (CRMA); one under Section 6 for Abusive or Belligerent Behaviour and one for Failing to Comply with Patron Conditions. Each of these fines, with Victim Surcharge, is $230.

Each of these fines, with Victim Surcharge, is $230.

And if no one pays the fine, what then?

And cue the covid police...

At times there's an uncomfortable appearance of collaboration between the drug dealing scene and the service providers.


Do you think, given that council seems more interested in helping the service providers than actual homeless people, that part of council's anti-police fixation comes from them not wanting police to crack down on dealers?

How do they measure safety? How violent the dealer is or how clean the drugs are?

If measured by drugs: how do they know that dealer's batch of drugs is safe? Are they testing onsite as well?

Do they take any proceeds from the dealers or rent?

On November 26th 2020, at approximately 6:40 a.m. the West Shore RCMP received a complaint from a man who advised he had been robbed at gunpoint by a group of 4 suspects. The crime took place outdoors near Highlands Rd and Watkiss Way in View Royal.

All 4 suspects were taken into custody without incident and were handed over to the West Shore RCMP. The suspects are identified as 32 year old Ryan Walker, 33 year old Robert Rose, a 17 year old male and a 16 year old female. All suspects have been charged with the following offences; robbery with a firearm, committing an indictable offence while disguised, assault with a weapon and arson.

We want to thank the Victoria Police Department for their assistance in this investigation. The suspects have been remanded in custody and will appear in court today.

attempted to set the victims remaining belongings on fire before leaving

It's 20 minutes to 7:00 on a Thursday morning and 3 wankers and an underage girl are trying to set fire to some rube's belongings? Was the guy living in a cardboard box?

What the hell is going on out there?

What about all the people putting their leaves(trash) on the street in Oak Bay? 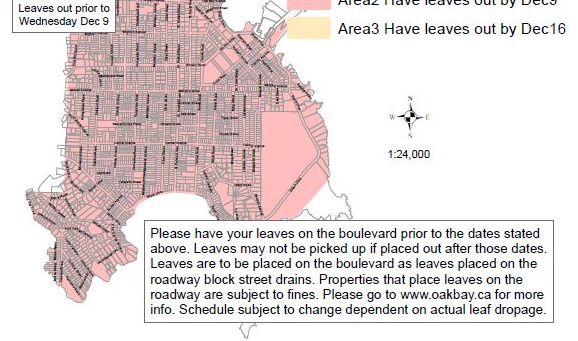 Hide your trash under the leaves.

You don't normally hear such trashy news out of Oak Bay.

In Oak Bay you don't put your trash in the garbage can. You put your rubbish in the dustbin.

In Oak Bay you don't put your trash in the garbage can. You put your rubbish in the dustbin.

isn't that the origins of Haggis?

The B.C. Civil Forfeiture Office alleges the house at 74 Norquay Road was used as a base to sell cocaine.

In a notice of claim filed Nov. 16, 2020, the B.C. Civil Forfeiture Office seeks to have a house at 74 Norquay Rd. in Victoria forfeited as proceeds of crime, alleging the house was used as a base to sell cocaine.

The province seeks to have forfeited a $578,000 Victoria house allegedly linked to drug trafficking.

In a notice of claim filed Nov. 16, the B.C. Civil Forfeiture Office seeks to have the house — at 74 Norquay Road — forfeited as proceeds of crime, alleging the house was used as a base to sell cocaine.

Named in the forfeiture suit is Roderick Gregory Hood, the owner of the home.

Accusations filed in the civil suit also include money laundering and failure to declare taxable income. Hood has not responded to the forfeiture suit, which includes allegations not proven in court.

Hood was arrested as part of an RCMP investigation but has not been charged criminally, according to a search of online B.C. court records. Civil forfeiture actions can be launched without criminal charges being laid. The threshold for proving a civil forfeiture claim is lower than for a criminal conviction, a balance of probabilities instead of beyond-a-reasonable-doubt.

The forfeiture suit outlines that since 2017 West Shore RCMP had been dispatched to the property at 74 Norquay Road in Victoria more than 30 times in response to drug trafficking and a drug overdose death.

In July 2020, the West Shore RCMP started an investigation into the drug activities of George Smilowski, who had resided at the Norquay house with Hood since 2018, says the claim filed by the civil forfeiture office.

Police surveillance of Smilowski showed him conducting short-duration meetings and hand-to-hand transactions consistent with drug trafficking, according to the forfeiture suit.

On July 18, West Shore RCMP stopped Smilowski after he was picked up by Robert Palfy in a black Acura. Both were arrested.

Neither Smilowski or Palfy have been charged criminally in relation to the incident, according to a search of online B.C. court records.

According to the forfeiture suit, a search of the Acura and a fanny pack that Smilowski was wearing turned up cellphones, more than $900 in Canadian currency, crack cocaine and powdered cocaine.

“One of the cellphones located in the Acura continued to ring during the traffic stop. A West Shore RCMP officer answered three phone calls which were orders for controlled substances,” stated the notice of claim filed by lawyer Devon Windsor-Doyle for the civil forfeiture office.

A search conducted by RCMP of the Norquay property, also on July 18, discovered cocaine, weigh scales, drug paraphernalia, an electric grinder, an air rifle and cellphones.

Hood was arrested during the search of his house.

Hood told West Shore RCMP that Smilowski used the shared kitchen for cooking crack cocaine and that in lieu of rent payments Smilowski provided crack cocaine to Hood, according to the forfeiture suit.

Since the RCMP executed the search warrant on July 18, there have been at least two more reports of drug activity at the Norquay property, says the forfeiture claim.

Norquay Drive is in View Royal for anyone wondering.