Was walking down Yates at Government this afternoon at about 1 when I came across a young lady who looked like she had just been slugged in the face. Had her hand over her eye, was crying and it looked like there was blood on her hand. Tried to offer help but she just walked away. Hope she is ok.

^ I hope so too.  Am so tired of the inaction and indifference in stopping this.

"He picked me up hitch hiking on Shelbourne st. I was going to Gordon Head area. He asked me to sit in the back , which I did. He was grinning and checking me out in the rear view mirror. He asked me if I needed a job, because he had just been down at Manpower, and was looking for a private secretary. Now, I think I was about 15 years old....I told him I had no secretarial skills, but you know, too bad. He told me he would train me on the job and that I would really like working for him. He was renovating or something.....

I was so excited, a job, just laid out to me like that. He came up on my house, and I let it be known, and there was my dad outside watering with the hose....he let me out, and I had given him my number , because of the job, at his request. I flew into the house, so happy, told my mum and dad, and right away, my mum went into high gear....she just knew! He called about 3/4 of an hour later, and my ma would not let me near that phone ! She answered and gave him a huge piece of her mind....those that knew me as a kid, know my mother didn't hlold back with her opinions. She told him she was not allowing it and not to ever call back. I was most grieved, I moaned and nagged, but she wouldn't bend an inch.

Many years later, on a cold day, I was watching the news, holding my newborn son....a single mum and so happy .....and there he was....this person, apprehended by the police, handcuffed....and I recognized him. Clear as anything. Funny, that....."

Victoria, BC – Patrol officers, working with the Greater Victoria Emergency Response Team (GVERT), arrested a woman after she attacked a man with a hammer in Victoria yesterday evening.

At 5:30 p.m. on Sunday, June 13th, Patrol officers were called to a supportive housing facility in the 800-block of Johnson Street for a report that a woman attacked a man with a hammer. The victim suffered non-life-threatening injuries in the assault, and the suspect barricaded herself within a suite at that location.

Officers attended and worked to negotiate a surrender with the suspect. The woman refused to communicate with officers so GVERT, including the team’s Crisis Negotiators, were called to the scene.

And here I was entertaining the thought "Hello, van woman dished out a little revenge on Edmonton nutter".

At 5:30am security called re. possible B&E at building (to be torn down). OBPD covered exits & called dog @WestshoreRCMP.

She seemed a bit disappointed as she loves a foot chase. Both charged-B&E.

At 5:30am security called re. possible B&E at building (to be torn down). OBPD covered exits & called dog @WestshoreRCMP.

She seemed a bit disappointed as she loves a foot chase. Both charged-B&E.

West Shore RCMP was called for an incident in Oak Bay?

That means VicPD and Saanich PD were unavailable with their K9s. Or does one K9 team cover the entire region each night?

Looks like it's just VicPD and Saanich who share their doggies.  Announcing The Integrated Canine Service - VicPD.ca

I suppose handlers and their pooches are called in from other municipalities as needed.  In fact, when their radios were in the clear you'd sometimes hear dispatch call other munis for their pups.

For such a high murder rate Oak Bay sure lacks police resources.

Kerri and Ken Weber are seen in an undated photo.

A Langford man (Ken Weber) has been ordered to stand trial for murder in his wife’s death following a preliminary inquiry at Western Communities provincial court.

For such a high murder rate Oak Bay sure lacks police resources.


It’s an all day job monitoring backyard clotheslines and triple checking there are no gas stations in the area.

existence of gas stations is a criminal matter?

I know the clothesline are for sure.

There’s also the burglar nabbing technique known as the clothesline. Works every time.

Victoria Truth Centre and Long-term Inmates Now in the Community (L.I.N.C.) Society are hoping to replicate in Langford the format used on Emma’s Farm in Mission, pictured here.

A local church wants to establish an organic vegetable farm in Langford that would double as a centre for transformative justice. It’s a land-use solution they say would be a win-win for the community, contributing to food security and social justice.

Long-term Inmates Now in the Community (L.I.N.C.) Society was founded by Glen Flett 30 years ago while he was on parole and serving a life sentence. He wanted to help inmates develop meaningful lives outside prison, break the cycle of criminality and give back to victims of crime.

L.I.N.C. has $203,000 in federal grant money secured to build greenhouses. It also has a working relationship with Corrections Canada to facilitate day trips, which would allow approved inmates to volunteer at the farm under supervision.

NANAIMO — Local Mounties have upgraded the status of their investigation into the discovery of a body in downtown Nanaimo.

27-year-old Amy Watts was found in the city’s downtown on Thursday, June 3 around Albert St. and Victoria Cres. in a steep, wooded ravine. 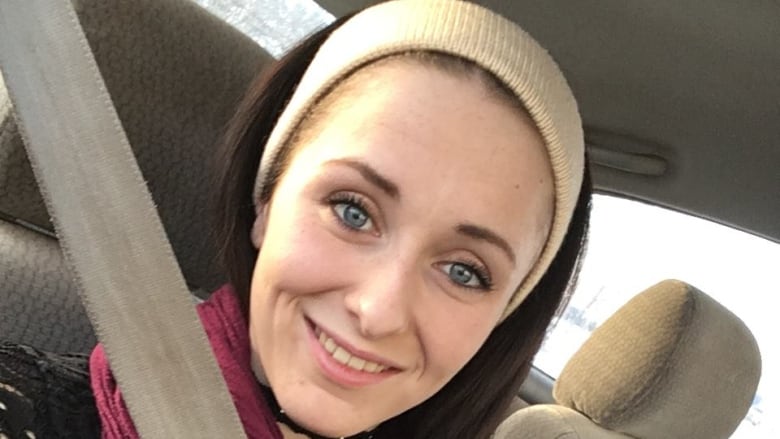 Victoria, BC – Patrol officers, working with the Integrated Canine Service (ICS), arrested a man after he damaged a restaurant in Victoria last night.

At 8 p.m. on Tuesday, June 15th, Patrol and ICS officers were called to a restaurant in the 600-block of Johnson Street for a report that a man had entered the restaurant with a crowbar and began damaging walls. The restaurant was occupied by staff and customers at the time of the incident.

Officers responded immediately and located the suspect in an alley behind the restaurant. The man was attempting to flee the scene by climbing onto a nearby rooftop. The suspect was in possession of a knife, refused to comply with police direction, and began to struggle with several officers. ICS Police Service Dog Obi was deployed and assisted in taking the man into custody.

Officers continued their investigation and learned that the weapon used in the incident was a large steel beam. Officers searched the man following the arrest and located additional weapons in his possession.

The suspect was transported to the hospital with non-life-threatening injuries sustained in the arrest. He was cleared medically and later released from police custody with a court date and conditions. He faces recommended charges of mischief and possession of a weapon for a dangerous purpose.

If you have information about this incident and have not spoken with officers, please call the VicPD Report Desk at (250) 995-7654 extension 1. To report what you know anonymously, please call Greater Victoria Crime Stoppers at 1-800-222-8477. 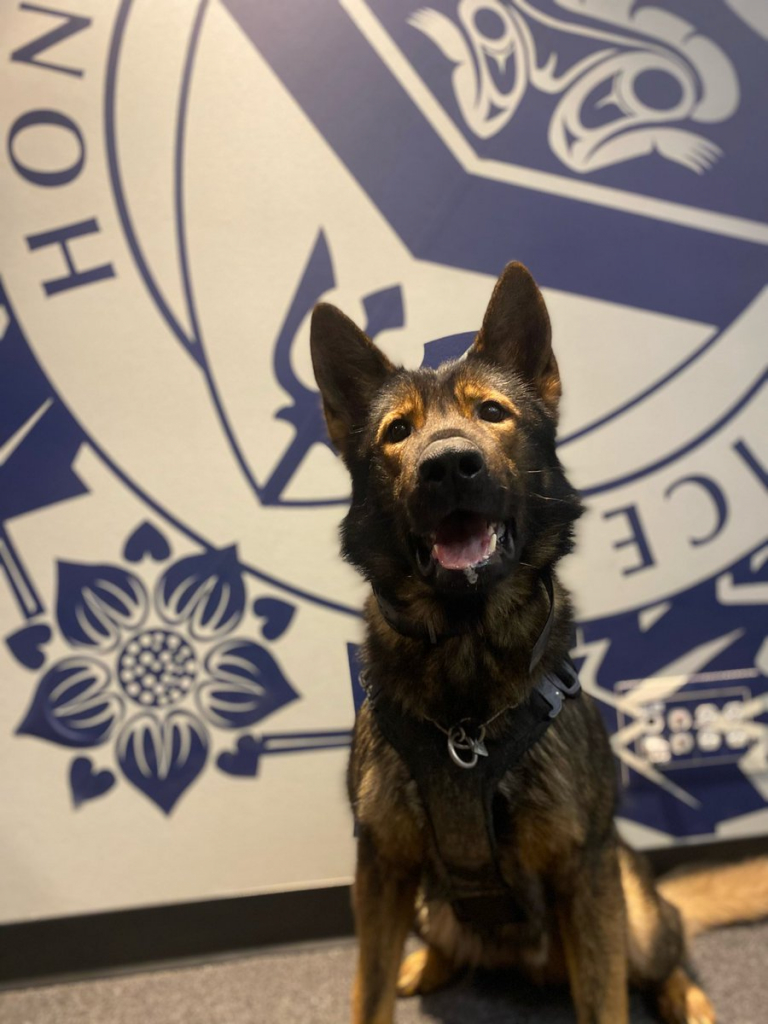 Bogged-Down Suspect Arrested After Flight From Police Foiled By Mud

Victoria, BC – Patrol officers arrested a wanted man yesterday after he fled from police on foot and his escape was foiled by mud in the Gorge Waterway.

Shortly after noon on Tuesday, June 15th, Patrol officers observed a wanted man riding a bicycle in the 100-block of Gorge Road East. The man was wanted on several unendorsed warrants for breach of probation stemming from domestic violence incidents.

Officers stopped the man and advised him that he was under arrest. The man fled from police on his bicycle before leaving it behind to run away on foot.

Officers gave chase on foot and followed the man as he ran through a wooded area and onto the tidal flats of the Gorge Waterway. Officers pursued the man until he surrendered in the knee-deep mud, unable to continue his flight from police. The man was arrested without further incident.

The suspect was transported to VicPD cells where he was held in custody on the warrants.

If you have information about this incident and have not spoken to officers, please call the VicPD Report Desk at (250) 995-7654 extension 1. To report what you know anonymously, please call Greater Victoria Crime Stoppers at 1-800-222-8477.

Theft a turning point for addict now in treatment

The theft of two bags of biscotti and a two-litre jug of milk from a European food store 18 months ago marked the turning point for a street-entrenched addict, Victoria provincial court has heard.

Kevin Dillon is sober and doesn’t want to cycle in and out of custody anymore, his defence lawyer Chantelle Sutton said at Dillon’s sentencing hearing.

Victoria, BC – Patrol officers, working with the Integrated Canine Service (ICS), arrested a man after he threatened mall security officers with a knife in Victoria last night.

Patrol and ICS officers located the suspect in the 1400-block of Douglas Street. The man was in possession of a knife and initially refused to comply with police direction. However, the deployment and presence of ICS Police Service Dog Hitch compelled the man to surrender to police. The suspect was arrested without further incident.

Officers transported the suspect to VicPD cells. The suspect was later released from custody with a court date and conditions. He faces recommended charges of assault with a weapon and uttering threats.

If you have information about this incident and have not spoken to officers, please call the VicPD Report Desk at (250) 995-7654 extension 1. To report what you know anonymously, please call Greater Victoria Crime Stoppers at 1-800-222-8477. 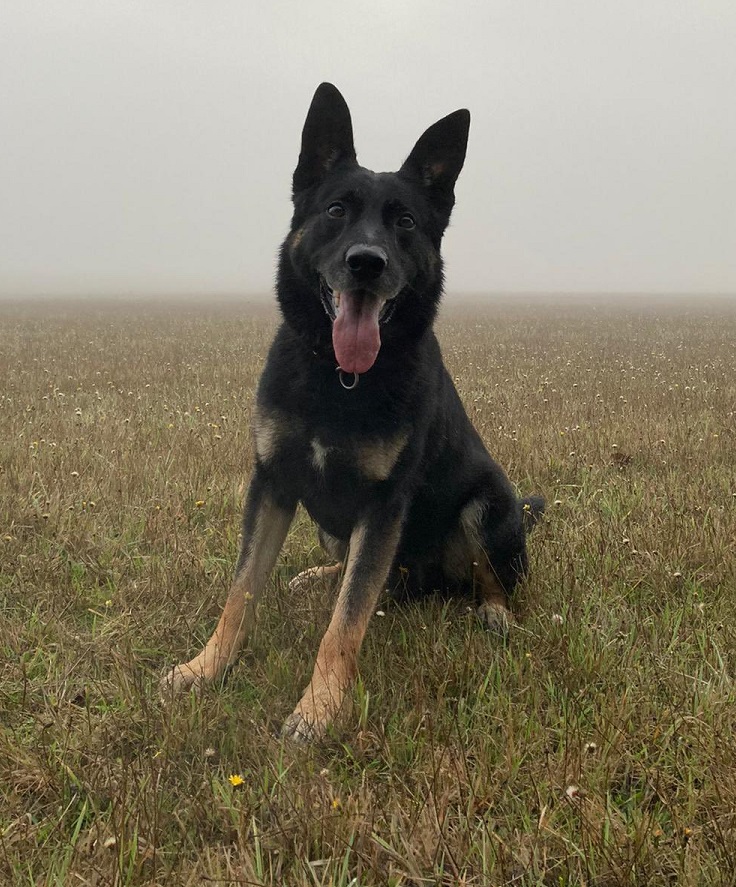 seems like the dogs are doing most of the work now.