Instant classic, it was not. Though I will begrudgingly accept it because it denied Forge the three-peat and losing it at home makes the loss sting even more!

The winning goal for the Victoria club came from a free kick with just over 30 minutes left in regulation time from B.C.-born midfielder Alessandro Hojabrpour.

Forge dominated the first half with 73 per cent of possession in front of a home crowd, before conceding in the 59′ minute. 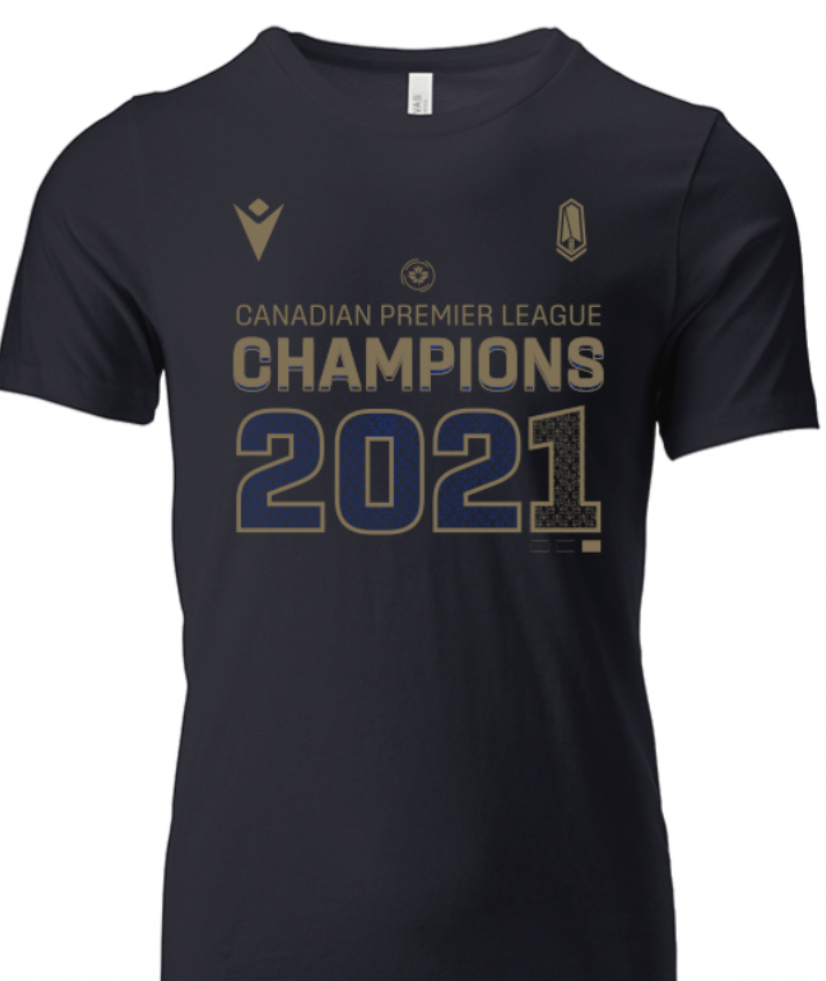 PFC won with a header from young midfielder Alessandro Hojabrpour

Despite the lopsided possession figures, though, it would be Pacific who found the net first. Just before the hour mark, Forge’s Elimane Cisse came through Gianni Dos Santos with a hard sliding challenge in the corner to earn himself a yellow card and give Pacific a dangerous set-piece from the side of the box. Dos Santos himself sent in the ball, and Alessandro Hojabrpour, running in toward the near post, headed the cross in to make it 1-0.

Just over five minutes later, Pacific came inches from making it 2-0, as Josh Heard took a shot from the top of the penalty area that took a slight deflection and caromed off the crossbar.

Of course the TC that likely can best confirm the larger mat pro sports win in the history of Victoria, will wait until tomorrow to comment.


It’s still a Canadian Press story with no quotes from our team.

Langford mayor Stew Young has promised a parade for PFC down Goldstream Avenue in the new year.

It seems Edmonton is the first CPL team to fail financially.

After more than a decade of trying to make pro soccer viable in Edmonton, losing millions of dollars in the process, Tom Fath and Dave Fath have blown the final whistle

They only averaged 961 fans this past season. Every team in the league was down from the 2019 attendance. Hamilton was down by 50%.

That's too bad.  Edmonton regards itself as a "soccer city"

That's too bad.  Edmonton regards itself as a "soccer city"

It does, and draws extremely well for international matches.  Hmmmm.

It does, and draws extremely well for international matches.  Hmmmm.

Edmonton is one of 2 Canadian host cities when we host the 2026 World Cup (Toronto being the other).

The B.C. derby will be on in the Canadian Premier League, beginning next year.

A franchise based in Langley will battle Island-based Pacific FC in the professional soccer CPL starting in 2023.

The new team will play out of a proposed 8,000-seat ­stadium at Willoughby ­Community Park, which is located hard by the Langley Events ­Centre arena and gym complex. A new turf field has already been laid with the surrounding ­grandstands to be erected. The team is ­currently generically named Vancouver CPL 2023 for ­placeholder reference until the official name is unveiled with likely more of a Fraser ­Valley theme as the CPL club will have to geo-fence itself in the metro region from the Vancouver Whitecaps of Major League ­Soccer.

It will bring to nine the ­number of CPL franchises, with Saskatoon and Windsor, Ont., in the pipeline for future expansion as Canadian soccer rides the cresting wave created by the qualification of the men’s national team for the 2022 World Cup Qatar and the women’s gold medal from last summer in the Tokyo Olympics.

The same group that owns defending CPL-champion PFC, which plays out of ­Starlight ­Stadium in Langford, is ­bringing the Lower Mainland CPL ­franchise to south of the Fraser River. The owners of SixFive Sports & ­Entertainment LP include 43-time ­Canada-capped Josh Simpson of Victoria, 32-time Canada-capped Rob Friend of Kelowna, both former European pros, and ­Knightsbridge Capital Group investment businessman Dean Shillington of Vancouver.

What is a clean sheet and scoreless draw?

Pacifc FC’s dreams of the Voyageurs Cup, Canada’s version of the FA Cup in England, will have to wait another year following a Canadian Championship tournament quarter-final loss on penalty kicks Tuesday night to York United at Starlight

What is a clean sheet?


The opposite of a bedroom Amber Heard left.

Took me over a week to come up with this joke.

Almost a year since the exclusive rights were awarded, the plans are starting to form for a professional soccer team to land in Saskatoon.

Details were unveiled around plans proposed by Living Sky Sports & Entertainment (LSSE) to build a stadium at Prairieland Park at Marquis Downs.

The building would house a franchise in the Canadian Premier League (CPL), which already has eight teams.

The stadium would cost an estimated $28 million to build.

But it wouldn’t only be exclusive to soccer. The field and stadium would be able to accommodate cricket and rugby and be able to host other major events such as concerts.

Simpson says his group is being aggressive and would like to get shovels into the ground next spring.