More challenges coming….
“Effectively, we think it is punitive and an abuse of management authority.”

Within the last week, the National Post has learned that both PIPSC and the Canadian Association of Professional Employees (CAPE), which represent nearly 60,000 and 21,000 public servants respectively, have filed policy grievances against the federal government’s vaccine mandate for bureaucrats.”

All Unions in Canada have wads of money, and a fixed mandate to advocate for any given sub-set of their membership ... this is a nothing-burger. 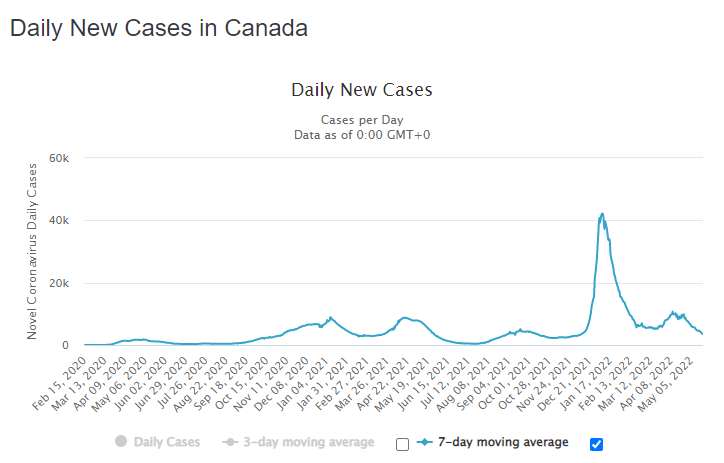 So again, court cases reported on but they don’t follow up? It should be in writing not a slanted puff piece that says court is going well but then they don’t report how it ends.. why?

Because it’s not over.

Here’s a written update for you. The news papers should be reporting on it you mean?

Today’s injection passport petition hearing before Chief Justice Hinkson was a continuation of yesterday’s. Like yesterday’s it was productive.

There will be no hearing tomorrow. Submissions by counsel for both parties concluded this afternoon.

We began at 10:00 with Crown counsel continuing off their submissions from yesterday regarding the issue of public interest standing. That is to say, Dr. Henry’s position was that the evidence we provided before the Court that her injection passport related public health orders were unlawful cannot be heard by the Court because we should not be allowed to be there.

Within a short period of time there were no vacancies within the gallery. Unfortunately many individuals who commuted a great distance were unable to access the Court room because there was no space left to sit.

After submissions on standing, Crown counsel moved on to challenge whether we have grounds to challenge the reasonableness of a variation of one of Dr. Henry’s orders. Their primary evidence in this respect was an expert report from Dr. Brian Emerson who cited various supporting data to buttress Dr. Henry’'s position, implying that her process was data driven. Their argument was that this data allegedly prompted Dr. Henry to invoke the precautionary principle to take necessary measures that otherwise might have been excessive.

The precautionary principle was borne out of the principles of biomedical ethics. These were not created to allow questionable medical practices. Quite the inverse, they were begotten out of the Second World War in which dangerous, occasionally lethal, medical experimentation was performed on civilian and military prisoners of war, or other encumbered persons, without informed consent, to advance the state of the art in aviation science and other areas necessary for the war effort by both allied and axis forces.

The Chief Justice asked Crown counsel about the requests for reconsideration that were submitted to Dr. Henry that went unanswered. Like yesterday, he inquired whether it was reasonable to suspend Charter rights that preclude an individual from seeing a hospitalized loved one. He suggested that suspension of Charter rights was not discretionary on the part of the executive.

The exchange moved on to Crown counsel claiming that natural immunity should not be grounds for granting an exemption in response to a request for reconsideration because the double injected allegedly appear to have superior results to those with natural immunity.

At times there appeared to be a lack of linear and logical progression of a cogent argument on the part of Crown counsel. From discussing natural immunity, Crown counsel then claimed that Dr. Henry was not limited to dealing only with the alleged pandemic, but she was also cognizant of other emergencies. Her press conference of 31 August, 2021, with Minister Dix discussing the opioid epidemic was cited.

After returning from the morning break Crown counsel claimed that the alleged hospital strain was the result of the uninjected, and in particular, those carrying the delta variant. The delta variant, according to Crown counsel, was a significant threat to public safety and allegedly left our health care system at capacity. Crown counsel cited Dr. Emerson’s report as their source.

During yesterday’s submissions we showed the Court that a comment made in September, 2021, by Dr. Patricia Daly, Chief Medical Health Officer for Vancouver Coastal Health, implied that the injection mandates restricting access to restaurants was actually not intended to curb the spread of infection, that not being a concern of Dr. Daly, but to incentivize injections. Crown counsel attempted to perform damage control in rebuffing our evidence: Dr. Daly had apparently misspoken and, in any event, was not in a position of meaningful authority.

...the injection mandates restricting access to restaurants was actually not intended to curb the spread of infection, that not being a concern of Dr. Daly, but to incentivize injections...

I've yet to hear a cogent argument to dispute this.

I've yet to hear a cogent argument to dispute this.

For a respiratory disease, COVID-19 causes some peculiar symptoms. It can diminish the senses of smell and taste, leave patients with discolored “COVID toes” or even cause a swollen, bumpy “COVID tongue.”

Now scientists are examining a possible link to an altogether unexpected consequence of COVID-19: erectile dysfunction. A connection has been reported in hundreds of papers by scientists in Europe and North America, as well as in Egypt, Turkey, Iran and Thailand.

Estimates of the magnitude of the problem vary wildly. A paper by Dr. Ranjith Ramasamy, director of reproductive urology at the University of Miami’s Desai Sethi Urology Institute, and his colleagues found that the risk of erectile dysfunction increased by 20% after a bout with COVID-19. Other investigators have reported substantially higher increases in that risk.

When patients first started coming to Ramasamy’s clinic complaining of erection problems, “we dismissed it, thinking it was all psychological or stress-induced,” he said.

But over time, he and other physicians began to see a pattern, he said. “Six months after the initial infection, patients had gotten better overall, but they continued to complain of these problems,” including erectile dysfunction and low sperm counts, said Ramasamy, who has written several papers on the topic.

Apple is looking to expand its production capabilities outside of China, The Wall Street Journal reported Saturday. The tech giant cited Beijing's zero-Covid policy as one reason behind the reported push, sources close to the matter told the outlet.

Analysts estimate that approximately 90% of Apple products are made by contract manufacturers in China, leaving the tech giant's success vulnerable to the whims of the Chinese Communist Party.

Throughout the COVID-19 pandemic, Apple suppliers such as Foxconn have been forced to shut down due to rising cases. Earlier this month, Quanta Computer — which produces three-quarters of Apple's MacBook products — shut down despite maintaining a "closed-loop" campus designed to prevent the spread of the virus, Reuters reported.

Now, Apple is telling suppliers that it wants to expand production in India and Southeast Asia, according to the Journal's anonymous sources. Apple did not immediately respond to Insider's request for comment.

That’s another positive of this time. It’s exposed the fragility of sending almost all our manufacturing to China. Just in time manufacturing is also being exposed as imperfect. The chip and component shortage is very problematic for many companies. Those that did hoard some inventory are now selling some parts for 10X last years price.
I lived through the transfer of manufacturing to China. I thought it was idiotic then. A lure of greed. I worked for a company that was perfectly profitable manufacturing products here. Sourcing parts from China and elsewhere but fabricating PCBs, assembling, packaging, QC and shipping from here. Closed that all up in favour of contracting the entire thing to China. Not because it wasn’t profitable but because of the promise it would be more profitable. This did inspire me to read The Art of War though….

But let’s invest a billion bucks into a museum. That’ll be a huge economic boost.

Yep, they are just giving us a billion dollar fish instead of teaching us to fish…

Yep, they are just giving us a billion dollar fish instead of teaching us to fish…

They're spending $1 billion to re-heat the fish we already have, and if we're lucky we'll get some fresh garnish.

They're spending $1 billion to re-heat the fish we already have, and if we're lucky we'll get some fresh garnish.

The proposal is certainly leaving a bad taste in my mouth.

The COVID-19 pandemic is "most certainly not over," the head of the World Health Organization warned Sunday, despite a decline in reported cases since the peak of the Omicron wave. He told governments that "we lower our guard at our peril."

Somehow the story fails to mention daily deaths worldwide are at an all-time low.

A CBC story about the WHO. You can't get much more agenda driven than that.


9 user(s) are reading this topic