^ That is wishful thinking.

As I said in the other thread. Thrifty's or really any other grocery store would have had great difficulty in opening in the Hudson due to the parking situation.

This location allows for a purpose built garage that would cater to a grocery store. Of course there is plenty of commercial space here for both Thrifty's and Shoppers Drug Mart. That would have a massive impact on the consumer's opinion of downtown and where to shop.

A well done underpass from City Hall to this site with further commercial space would also be a great addition while we are blue skying it (Putting the Parking Review Office underground would further its image I think). Of course that would likely compromise the Douglas Street Subway that Holden West posted pics of way back.


Visit my blog at: https://www.sidewalkingvictoria.com

They would never give up such a high profile location.

I'm assuming that they would have to move if that building is ever replaced but I could be wrong.

if the models posted earlier are actually for this site I don't have much to add other than considering that the sun will hit that tower across its breadth (or not, victoria isn't spain I get it)... 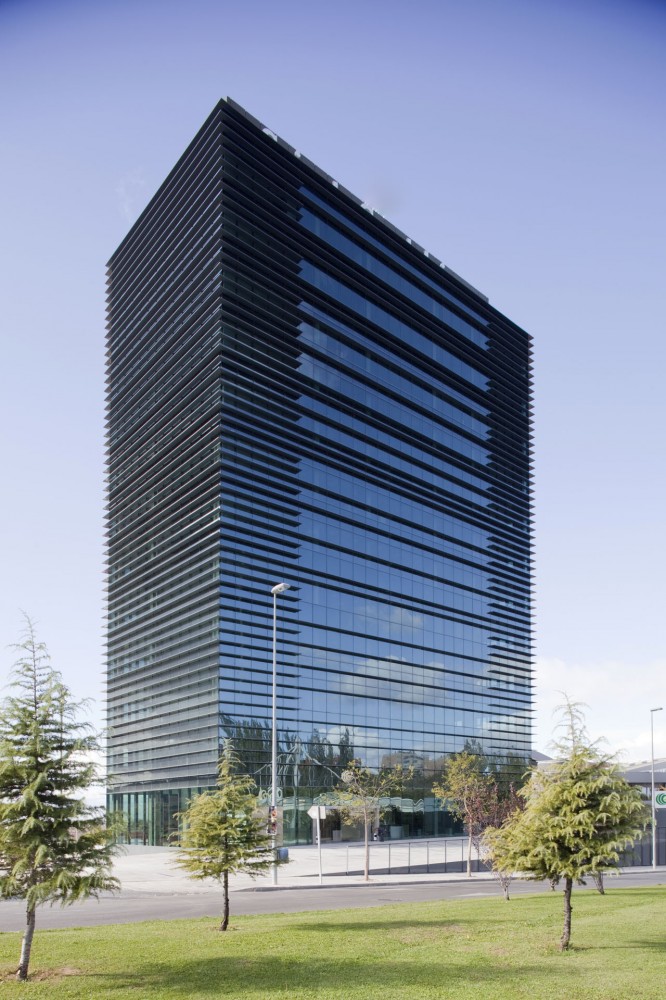 actually those garry oaks are also an excellent beginning of a bioswale on the blanshard st side. & there is already a parkade underneath rotherham ct. I wonder if that will be good enogh or if it will need expanding if a thrifty or shoppers goes near there.

^ A modern centerpiece to downtown like that would be awesome.

I'm assuming that they would have to move if that building is ever replaced but I could be wrong.

Worst case scenario is having to close for a while. Any redevelopment plans for that building would require a major tenant and Shoppers would be first in line.

I just can't see them vacating any time soon. Chapters on the other hand...

Chapters vacates, Shoppers takes over their space, and then the original Shoppers and the old bank on the corner get developed. That Shoppers needs to go, it's so small and scuzzy in there.

It's a dump for sure. There must be a plan to do something, I can't see how they'd let it get that run-down unless there was a plan. The floor is terribly worn.

Who owns the property?

Who owns the property?

The shoppers building is owned by a Vancouver based entity. There is no development plan.

Nice idea but its not going to happen.

Loblaws has stopped all of Shoppers expansion plans. The store at Gorge and Tillicum was in process of an expansion plan. The BC Liquor store was going to move into the old Rogers Video space and Shoppers was going to expand into the liquor store. Not only has this been stopped. Stopped so much that a Timmies is in discussion to take part of the Rogers space and the liquor store is now staying put. My bet and prediction is this location, even with an expansion, would never be able to fit in with Loblaws new vision of of a Pharmacy grocery (instead of the grocery pharmacies they run already. Also think it would still be to small. Back on topic though. The downtown shoppers will not be moving anytime soon.

Referring to where they are now... didn't know they were in the Macs store at one time! So depressing to hear no changes are in the works, it has to be one of the worst Shoppers out there. Nice staff though. Douglas street really needs a kick in the @ss.

There is a public information meeting on the 28th, at the Atrium. 7pm. Hosted by DRA.

Went to the presentation to the DRA tonight. VV's guesswork, recorded in previous posts, was proven correct. The project, currently called 1501 Douglas, will consist of two phases: a six-storey, 112K sqft building to the west, facing City Hall, and a 13-storey 175K sqft tower in the middle of the block. Ground-level retail, offices above, no residential. And the modernist Royal Bank and former CIBC currently fronting Douglas Street are gone.

An outdoor plaza will run north-south between the two buildings. The whole project will be set back considerably from the street, allowing it to be fronted by trees on all sides, and even have a separated bike path along Pandora.

The Phase I building will have a six-storey glass entrance, looking upon and reflecting City Hall's clock tower across Douglas Street.

The entrance will lead to a six-storey rotunda. Robert Jawl and Franc D'Ambrosio said they aim to make it an animated public space, used at all hours of the day, just like the Atrium's courtyard.

The 1501 Douglas Rotunda may be brighter, because it will be topped by a 55'-diameter skylight.

Jawl said no tenants have been lined up yet, but they've already received interest from tech and engineering firms, and professional services — unfortunately, there are no plans to incorporate items on the City of Victoria's wishlist, such as a new library or City Hall. Jawl said they envision finding ground-floor retailers who want to take advantage of the extensive protected sidewalks in front of their spaces, similar to what's worked for the Atrium, with Habit, Pig, Zambri's, etc.

The parkade for both phases will be built at the same time, with 225 stalls underground. One person attending the presentation worried about losing the surface parking there now, but Jawl said they have 20-30 vacant stalls in the Atrium, and he's confident that the building, which will include shower and change facilities for cyclists, will encourage alternative transportation.

Jawl said they plan to file for rezoning later this year, and to have all approvals in place by late 2014. Construction of Phase I (the west building) would be done by late 2016 and Phase II by late 2018, depending on demand.

Some residents worried about the height, but as Jawl pointed out, they could've gone as high as 11 stories in Phase I and 19 stories in Phase II. Others wondered about traffic: apparently the City plans to make Cormorant a two-way street, which will lose the angle parking currently there. But overall I'd say residents were pleased, as I am, to see another Atrium-quality building going in downtown. I will try to get a PDF of the entire presentation and post it here soon.

That's a solid plan, but if the public space isn't active it's going to be yet another useless or downright dangerous urban void and this area does not need more of that.

That's a solid plan, but if the public space isn't active it's going to be yet another useless or downright dangerous urban void and this area does not need more of that.

Yeah, one of the attendees brought that up too, that it could get characters drifting over from Centennial Square. But Jawl said he is confident they will be able to find retailers who will keep the place active at all hours, as they have at the Atrium ... and as he said it, he pointed to the cooking class going on at Cook Culture, the folks drinking coffee at Habit, and Zambri's, which was packed, even on a Tuesday night.

Yeah, the huge useless slab of concrete behind the office on Blanshard is a disaster, I'd love for that space to be fixed up as part of the development. Seriously who ever thought that was a good idea? I bet it was lauded as an amenity when it was built. I bet someone on council at the time said it was "nice" or "lovely".

Thank you for compiling the information, Jacques!