They said it was a sell-out?

They said it was a sell-out?

Pacific FC, whose defence was a bit of a shambles on the night, fell to 4-8-5 in the fall season and finishes Saturday at Westhills Stadium against Valour FC of Winnipeg, with PFC reporting nearly 5,000 tickets already sold for the season finale.

and report 5103 in attendance.  let's see what tedward says about that number.


and report 5103 in attendance.  let's see what tedward says about that number.

It was a great game in the end and an awesome atmosphere for the finale.

The number? freaking fantastic from my perspective. I never believed they could actually sell but on a freaking miserable day, in a game that meant almost nothing (decided 4th vs 5th place).

I think we looked good: 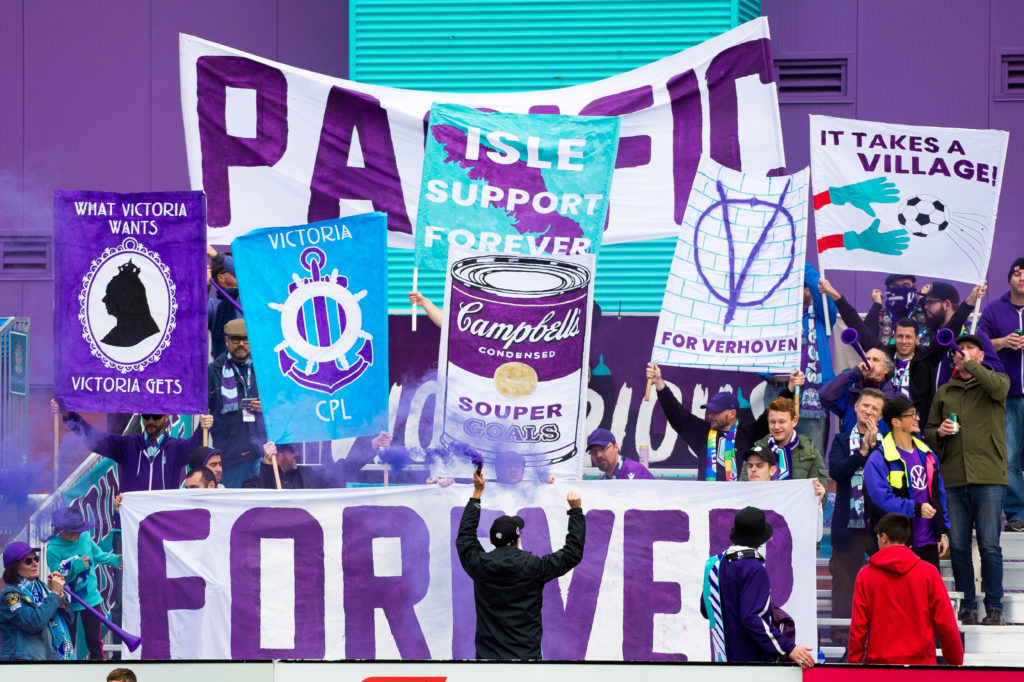 The Canadian Premier League’s 18-match Fall campaign wrapped up Saturday with a trio of regular season final matches; HFX earning its first road win 2-0 over York9 FC, Cavalry FC putting an exclamation point on their Al Classico dominance and Pacific closing up on a positive note with a 2-0 win over Valour FC.

Final attendance figures, thanks to the strong opener and finale. The average was 3,106 for 2019. Overall league average was 4,286.

Not great numbers TBH, but a solid foundation for a league many said would never finish the season.

Where were people saying it would never finish the season?

Edmonton down 500 per game from last year (in another league).

Where were people saying it would never finish the season?

Mostly Reddit, starting before the teams were even announced.

Was a general comment, not directed at anyone here who have BTW, been surprisingly moderate in their criticism. 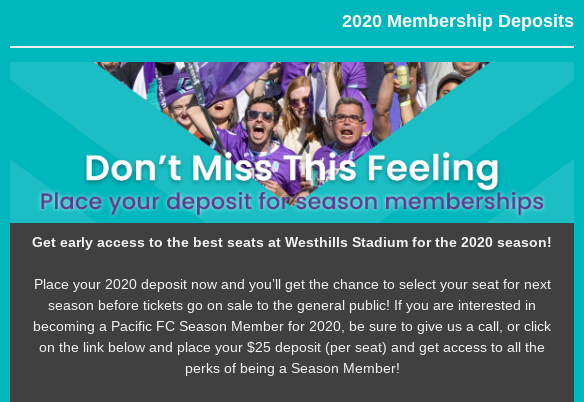 Wherein Our Heroes join forces and attend the final CanPL regular season match between Pacific FC and Valour FC. This episode is chock-full of audio clips from both coaches (James Merriman and Rob Gale), Pacific FC CEO Rob Friend and EVP Ops Brad Norris-Jones, and of course, players galore. We also offer predictions for the first leg of the Canadian Premier League Final and dip into the mailbag.

^ Great podcast if you like beer and Canadian soccer.

bit of an upset as hamilton beats calgary in both legs of the final.  forge are 2019 champions.

bit of an upset as hamilton beats calgary in both legs of the final.  forge are 2019 champions.

For those of us who care, Calgary will always be the 2019 League Champions as they finished the season with the most points. Hamilton won the equivalent of the "league cup".

BTW, great points to argue over beers while we wait for next season.

But even at that, youthful Emile Legault and Jose Hernandez won’t get a curtain call.

a few changes in the business office too.

The only ones that real surprised me were Village and maybe Legault. I thought he would be kept.

The remaining players seem like a strong base on which to build for next year.

What has been a bad week for The Ottawa Sports and Entertainment Group keeps getting worse.

It’s expected that OSEG will announce at a Friday morning press conference that the Ottawa Fury FC will suspend operations.

Fury FC began as a North American League expansion franchise in 2014, then joined the United Soccer League in 2017.

Prior to the 2019 USL season, governing body CONCACAF refused to sanction Fury FC, trying to pressure them into joining the Canadian Premier League in its inaugural season.

Fury FC finally got its sanction after appealing.

It seems likely those issues with CONCACAF lingered.

It’s with a very heavy-heart that I write this.  Ottawa Fury FC has notified the United Soccer League, Canada Soccer and our staff, players and coaches that the club has suspended operations.  We will not compete in the USL Championship (USL) or any other league in 2020.

Why would an established team which made the playoffs in the 2019 USL Championship season, had the 2nd best season in its 6-year history, developed a loyal fan base and won a league award for its team and game day operations be suspending operations?  Politics.  Fury’s participation in the USL requires sanctioning from soccer’s governing bodies—Canada Soccer, US Soccer Federation and CONCACAF.  Despite our best efforts over a period of many months, we were unable to obtain full sanctioning and since schedules must be developed, players signed and tickets sold, we simply ran out of time.

One of the proudest moments of my life was in the spring of 2014 when we established our men’s professional team, Ottawa Fury FC.   I will never forget the first ever game at Carleton, or the opening match at TD Place against the NY Cosmos before 14,000 fans.  An exhibition game against the famous Glasgow Rangers followed soon after. In 2015, coach Marc Dos Santos led our team to its first silverware by winning the NASL Fall Season. We went on to win the Championship semi-final at TD Place against Minnesota before losing to our nemesis, the NY Cosmos in the Championship Final. We have twice defeated MLS opposition at TD Place in the Canadian Championship. Despite our sanctioning troubles in pre-season, in 2019, GM Julian de Guzman and Coach Nikola Popovic put together an attractive attacking team that took us to the playoffs once again.

I am also immensely proud of the contribution that Fury FC has been able to make in the development of Canadian players. In 2018, for example, under the leadership of General Manager and Canadian legend Julian de Guzman, Fury FC had a USL roster that included eighteen Canadians and recorded the most minutes played by Canadian professional players of any professional club in the world.

I’d like to thank all the players, coaches and staff that have come through the Ottawa Fury system, the sponsors who support us, the fans that support us, the media that covers us, and particularly my ownership partners for making it all possible.

It’s been a great ride.  Thank you all.

Further context for those not following: Pugh and OSEG were told a year ago that they could play in USL for 2019 only. This is entirely the choice of Mr Pugh and any suggestion that they "ran out of time" is a bald-faced lie.

"ran out of time" seems like an odd phrase for sure.

Make no mistake though. This was all about Victor Montagliani trying to strong arm Ottawa ownership out of the USL and into the CPL. Because OSEG has doubts about CPL and wanted to stick around in USL instead, they get punished.

If CPL is at the so-called top tier of Canadian soccer, then why are our three big clubs allowed to stay in MLS? Why isn't CONCACAF pushing those three clubs to help out our domestic league?

As with everything, this all comes down to money.